Redmark Session 37: Once More Unto the Breach

Standing at the entry to the cave, Lundie suggests to Fire Wilow that she stay outside, as she is deathly afraid of the Copru. Once it is decided that she will cast invisibility on herself and wait inside the boat the group took to get across the small moat. During this time the group learns from Fire willow and a little deduction that the Copru may have been formed by a kobold, which is now a kobold-lich. Marcus and Quintos surmise that this Kobold-lich is Kredigag. (See session log #25 for details).

Near the end of the conversation Quintos (or was it his owl) sees some movement out of one of the eyes of the sculpture on one of the walls outside the cave entrance. Quintos gives chase and sees 2 figures running down the hall way from this viewing port. Only to figure, that the party has lost the element of surprise. Due to this the party decides to charge into the cave.

The group is encountered by 3 witch doctors and 3 tribal warriors in the entry room of this temple(?). With every party member doing their part they make quick work of the potential attackers. With two trying to flee only to lead the party to a secret door. Which the party opens and soon find that a much larger room awaits them.

Nothing more than the lint found in our pockets 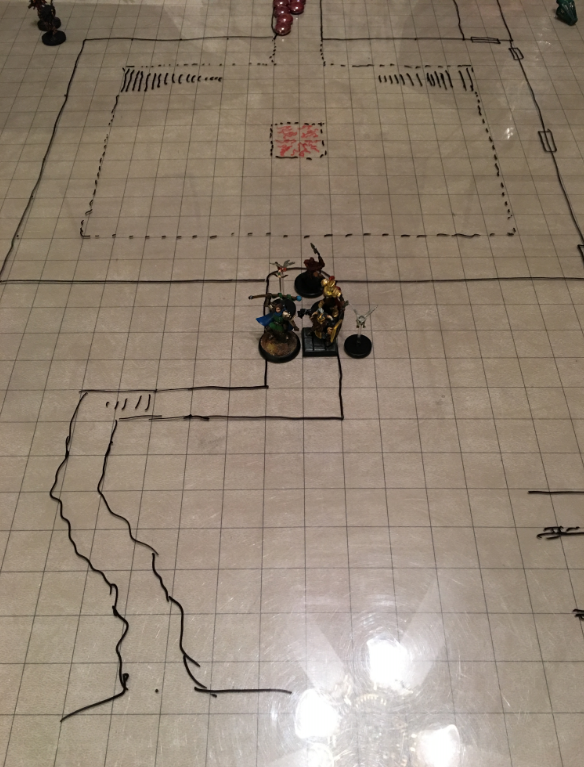