Wargame: The Battle for the Crystals

We took the Grimdark Beta rules from onepagerules.com for a spin last Saturday, adding in a few house-ruled Fantasy special rules from One Page Rules Age of Fantasy game. We built out two 2,500 point armies.

I timed how long it took. Not counting time to select our armies and set up the terrain, it took 10 minutes to take turns deploying our units. Each round took 40 minutes.

The goal was to end the fourth round with control of the most objectives out of four total objectives. Due to an RPG game we were running later that night, we decided the 3rd round would be our last. The Monsters won, but partly this was due to the player running the humans having a different understanding of the Charge rules. I’ll be posting on the One Page Rules forums to get clarity on that for next game.

My estimate is that next time we played, assuming our armies were already select and terrain was ready to place, that it would take about 20 minutes for setup, 40 minutes per round, and for 4 rounds that would be a 180 minute game (3 hours).

It was a fun time; I look forward to playing again! 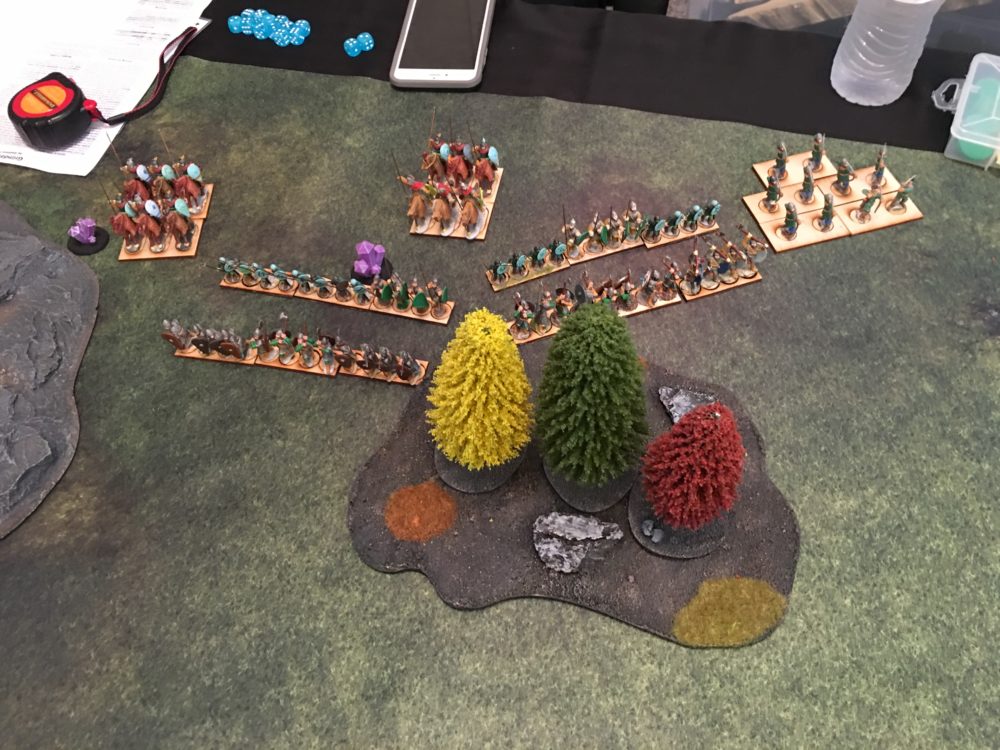 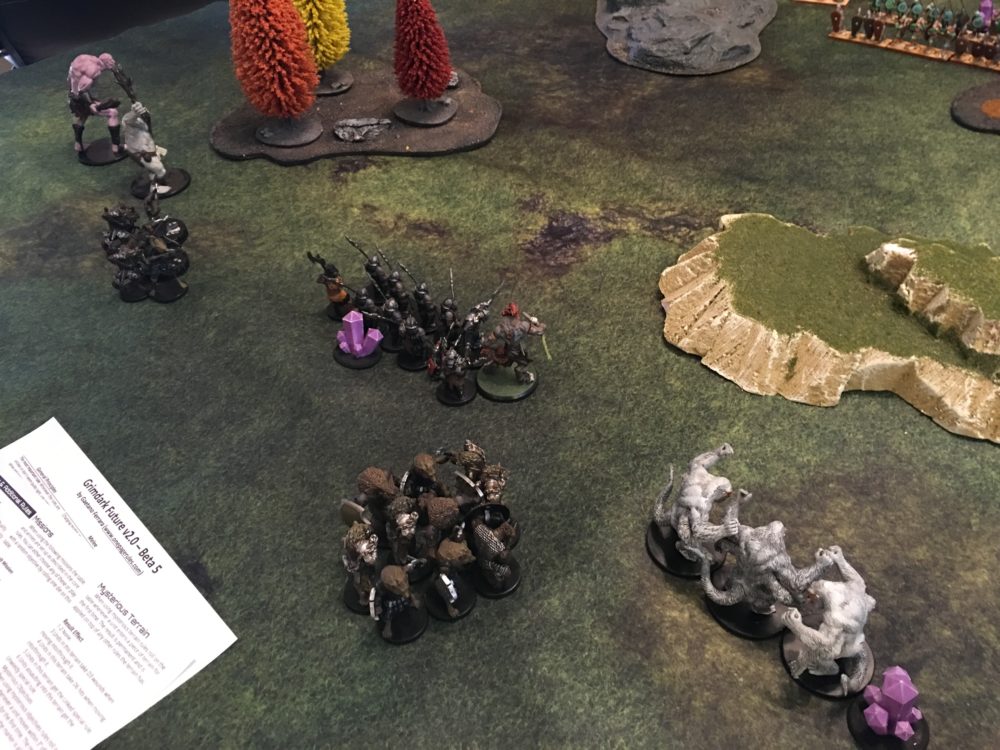 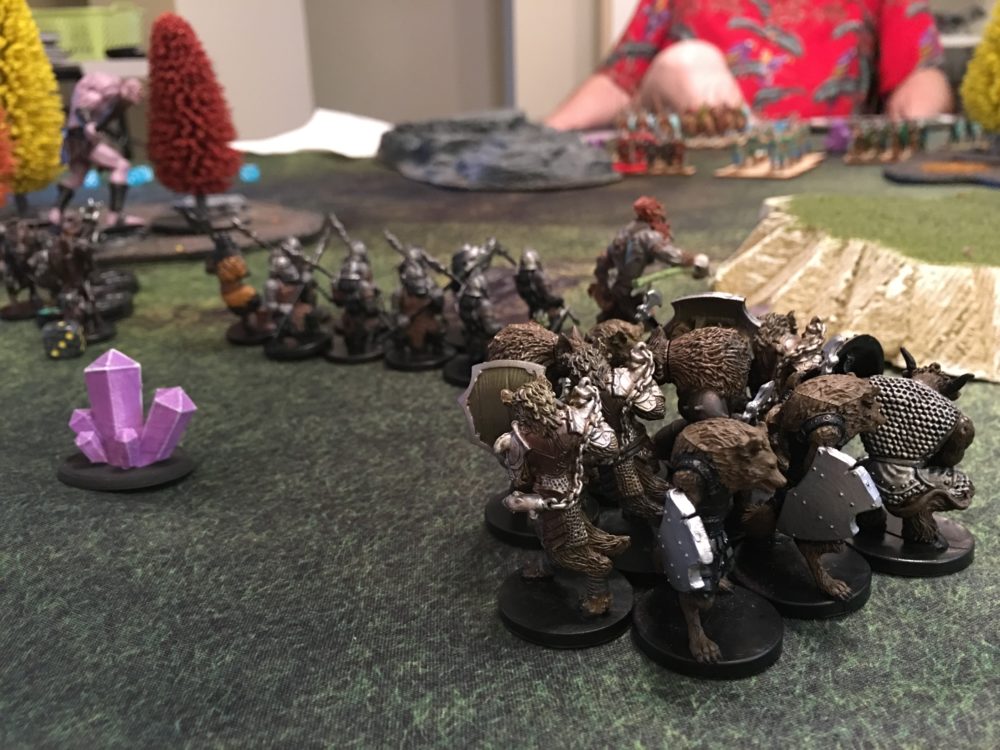 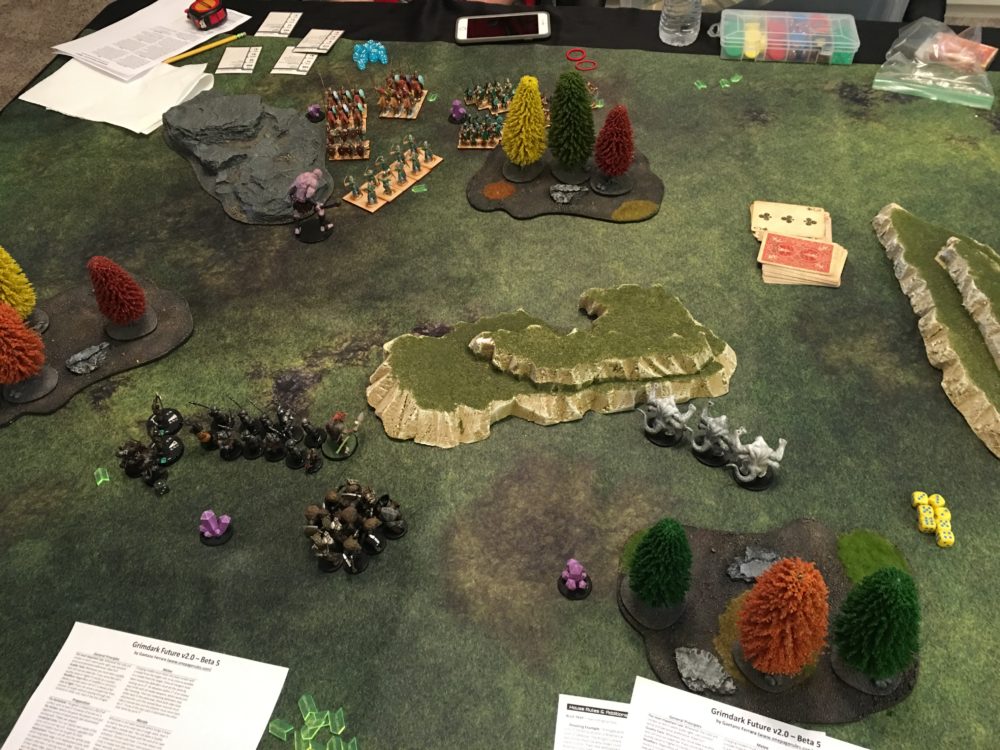 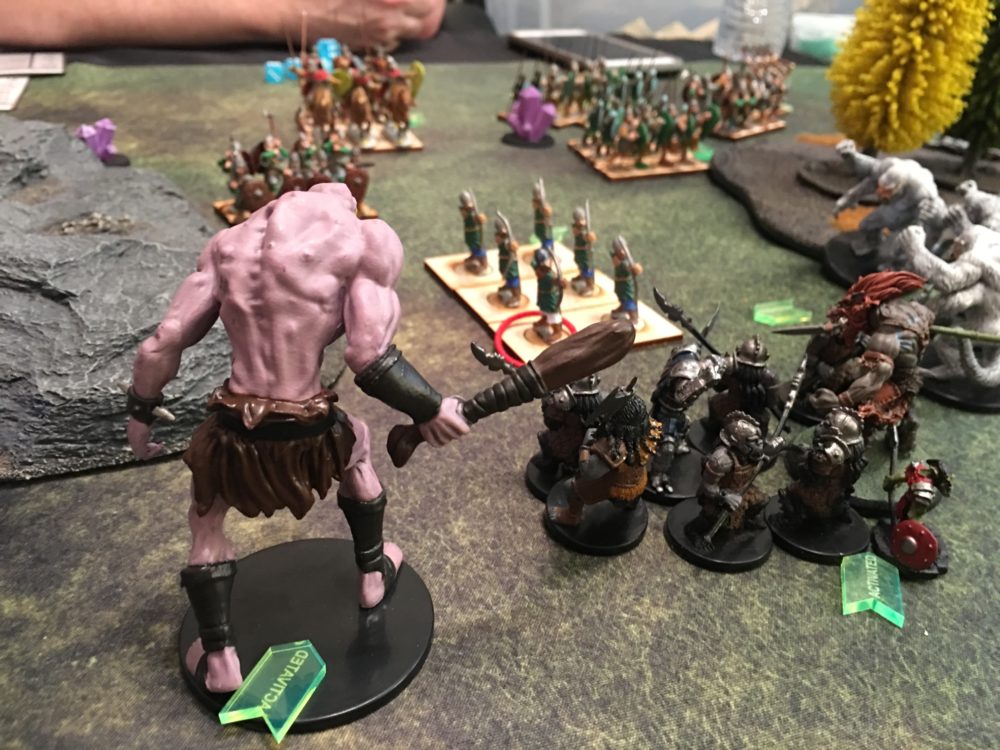 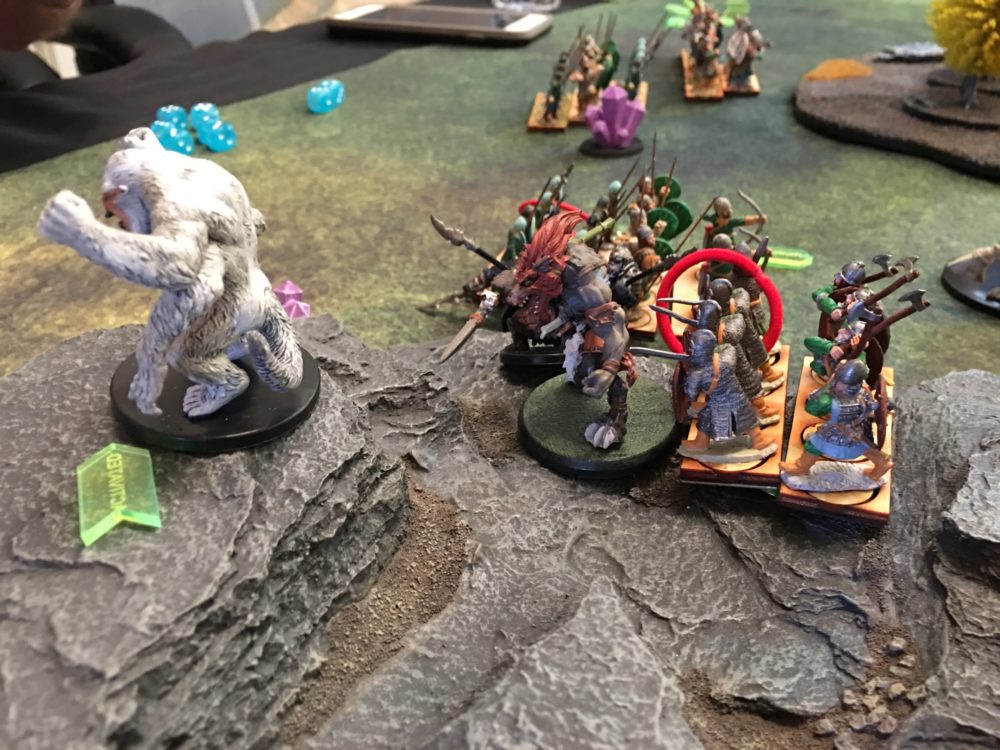 Final Round: Capturing the Crystal

Check out a full set of photos from the game.