This is totally optional, but for those who want to get a jump-start on world-building before our formal campaign kick-off next summer, here is a way to earn XP. Please read all the instructions if you want to participate, especially the non-commercial licensing paragraph 🙂

Note that we kick off the formal campaign, we will still do a world creation exercise. We’d start from my existing map, incorporate and regional information you guys crank out, and then together craft the history of the world (with tie-ins for our PCs today), using rules inspired from Dawn of Worlds — you get to shape the history of the world!:

Remember to consult the setting overview:

Here are two views to the main maps we’ll use:

Note that all maps pan and zoom — look around for the controls to do this. 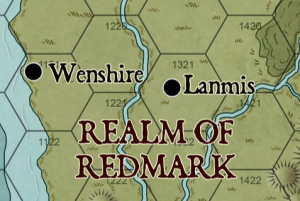 Receive a one-time 500 XP bonus for writing up a few paragraphs about your ‘Home Hex’ (minimum 500 words). Your Home Hex is your place of origin, and can be in any region, regardless of the region’s owner. Writeup could include your history and connections to that area, your family and friends there, notable NPCs, local politics, etc. Specify the Hex number (e.g. ‘1023’).

For example, John could write that Draco’s sister and he lived in Maximilian’s barony located in Hex 1420, and go on to tell a bit about that barony, it’s population, what people still live there, notable NPCs in Hex 1420, etc.

Here is some Greyhawk regional information for inspiration.

Overview of the 16 Regions

Read this writeup to see how the map is broken up into 16 regions. It also lists (I think) all the cities for each region:

Then review this spreadsheet and go the to ‘Regions Only’ tab. This lists the 16 regions.

Give me your top two picks; if there is contention for the top pick I’ll have you roll as a tie-breaker.

I’d like to reserve these three regions for GM purposes:

The rest are ‘up for grabs’. Here was my thoughts on races and motifs, but I’m open to suggestions 🙂

Cities and Places In Your Region

Going back to the regions spreadsheet note that the ‘Places and Regions’ tab has a list of all the cities and places of notes for each region.

Iconic NPCs In Your Region

See this description of Iconic NPCs which exist in some Regions.

Also see a Redmark map with the Icons marked on the map.

Note that the ‘Triumvirate’ is an alliance of these three cities:

After You Pick Your Region

Once you pick your region and we work out any conflicting selections, I’ll create a Region map which will look something like this for you.

Template for Writing Up Your Region

Here is a mockup of what I had originally envisioned as the format for a World of Redmark official product. Let’s use part of it’s format as what we adopt for writing up regions or towns. Note in this document:

p. 1 Map of the region — I’ll create this for each region that you detail. The world is comprised of 16 regions, each is 10 hexes tall and 8 hexes wide.

p. 2 Overview of the region — to include any special geographical features like mountain ranges, a maelstrom in the sea, etc.

p. 2 Encounters — One or more encounter tables. Maybe NPC encounters if you’re detailing a big city or there’s a major highway, and 1-2 other tables for wilderness encounters.

pp. 2-4 Hex Details — Outline any areas of interest, denoting the hex for that location. In particular, note any cities towns or baronies, with their approximate population, races, any Lord of that area, and any special resources. For example:

Note that populations in Redmark are low. The Citystate of Redmark probably has 50,000 (or fewer) people. Most cities are less than 10,000, towns are in the hundreds.

To create the content I suggest use Google Docs and share the doc with me, but whatever works for you is OK. Don’t worry about styling — even plain text is OK. I’ll make it look pretty 🙂

Where The Region Details will Live

Once you’re written up the region, send it to me and I’ll edit it and suggest any revisions. After that, I’ll publish your Region details as a page on the DiceHaven web site.

I’m pretty flexible on if/when you write up a region (assuming you even volunteered to do one). That being said, if by next August if you haven’t gotten around to writing-up a region you selected, we’ll chat to see if you still want to do that write-up. If not, you’ll just ceded the region and someone else can write it up 🙂

Non-Commercial Licensing of Your Work

If anyone wants to writeup a Home Hex or Region, I’d like to have you submit it as licensed under an Attribution-NonCommercial-ShareAlike 4.0 International (CC BY-NC-SA 4.0). I’d love to be able for all of us writing for the World of Redmark to share the work, allow others to use our ideas non-commercially, but in return we’d require attribution (even if you want to use a pseudonym — can be any handle of your choice). Basically my idea is that I’ll do a commercial Kickstarter next year to sell the ‘create a campaign world’ framework and rules, along with the map, and I’ll have the Kickstarter have a link to our online blog as an example of what the group world creation can do (even though I’m not selling our text, just using it as an example). Folks are encourages to start from scratch and make ‘their’ World of Redmark their own creation, but they would have the option to incorporate our ideas if they wanted. I will copyright the map and the name “World of Redmark” though.

Robert, love to hear your thoughts on this in case there is a better approach.

Here’s is how the license footer would read, and a link to the full license text:

This work is licensed under a Creative Commons Attribution-NonCommercial-ShareAlike 4.0 International License.