The notion of a Session Zero is gaining in popularity in roleplaying games, especially when starting a longer-term RPG campaign. A Session Zero is setting aside the first game of a campaign (the session before Session One) to talk about what the players and GM want and don’t want during the upcoming games. It’s a great chance to level-set expectations, find key areas of interest, surface areas of discomfort, and listen to each other in order to collectively ensure everyone involved has a great time.

Here are a few great articles on running a Session Zero:

A Default Code of Conduct 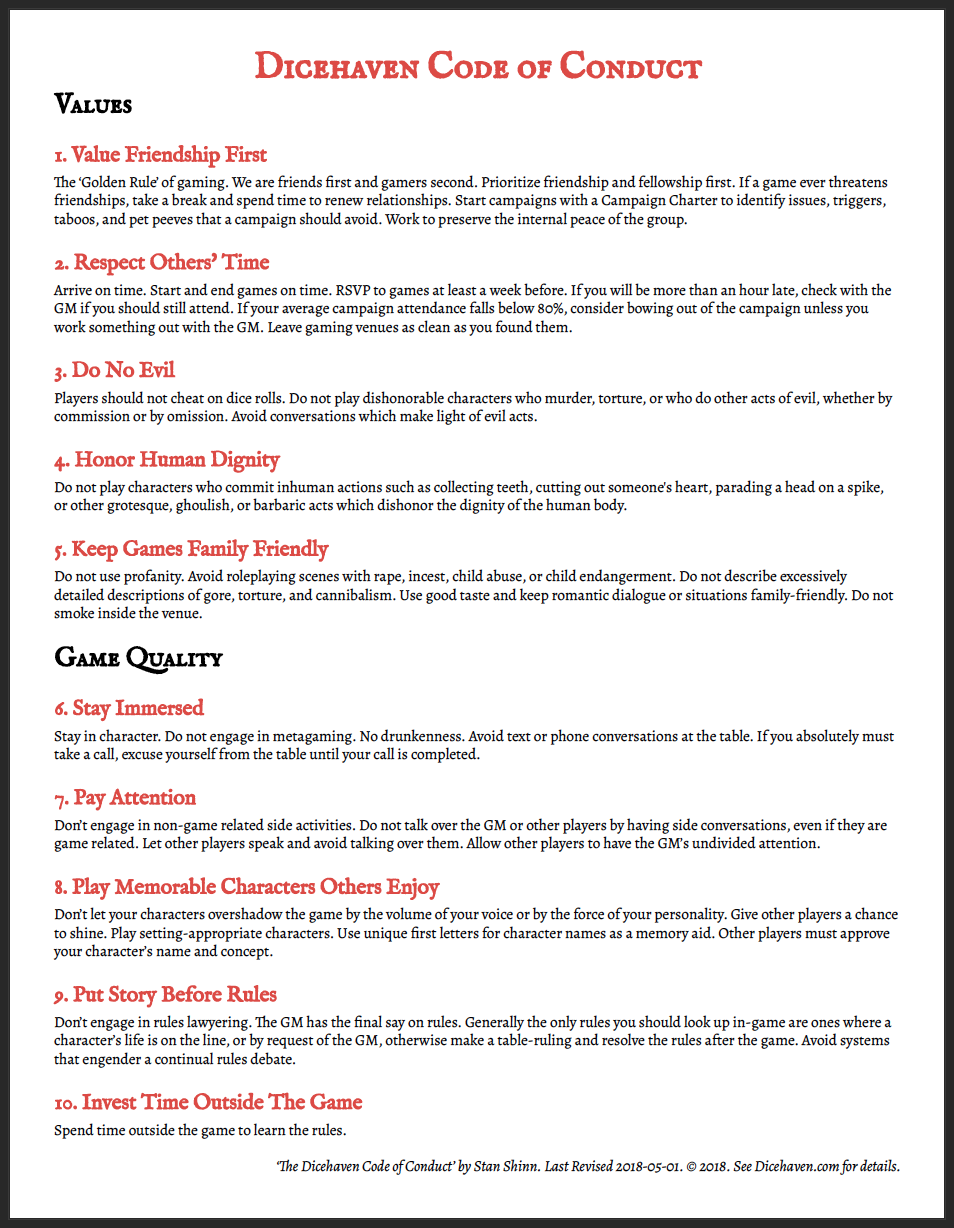 Our game club has been gaming together for almost a decade, and over the years we’ve put together a ‘Code of Conduct’ which is our default, universal social contract for most games. Now, when we start a new campaign, we can always use this document as a starting point. We simply review the document, see if there is anything we want to edit or change for a given campaign, and we then are quickly aligned on standards of conduct and expectations of players in the group. For a one-shot or mini-campaign, just reminding players to adhere to our standard ‘Code of Conduct’ usually suffices to get the group aligned on expected behaviors.

Beyond the generic ‘Code of Conduct’, for longer campaigns, I also use a technique called a ‘Want / Don’t Want’ list. When in person, I pass out blank notecards (although a shared document or spreadsheet can work equally as well).

First, I explore ‘Wants’. I have players write legibly on each card a single thing they really would love to see in the campaign. These might be adversaries (“Space Pirates!” or “lots of zombies”), adventure style (“dungeon crawls” or “sandbox exploration”), or just about anything else (“army style mass combat” or “recurring NPCs”).

I then collect the cards and we talk about the items as a group to make sure we understand them and find agreement on how we will run the game in a way that makes everyone excited and comfortable.

Having used the Session Zero approach across several campaigns for some years now, I find it an indispensable tool and I recommend it for all new campaigns.