I took a picture of some minis that I don’t have to re-base that will work well in the Star Wars setting. Here are some possible stats. Note that some of these ships are at the X-Wing Miniatures skirmish scale rather than the Star Wars Armada fleet scale. 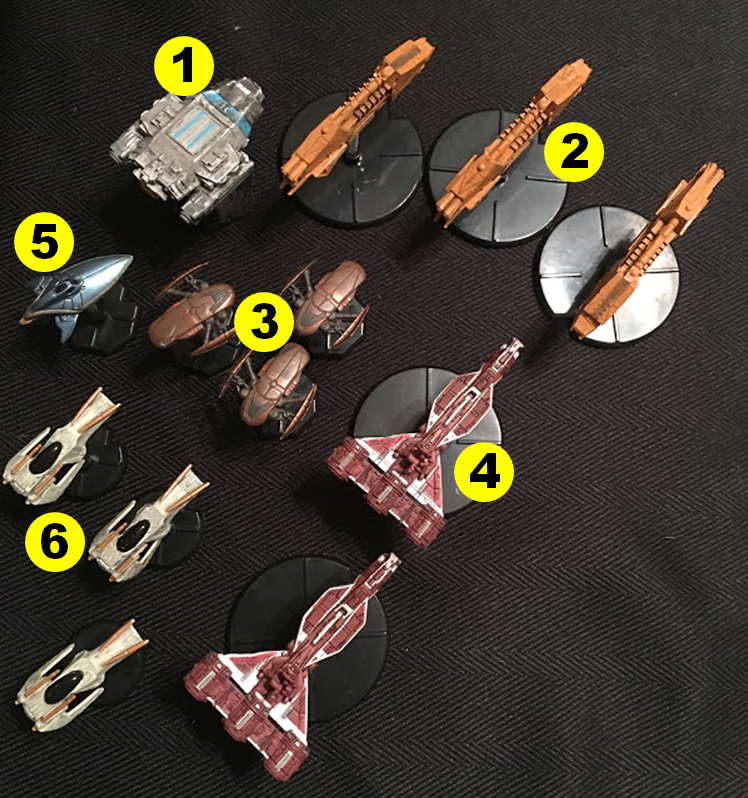 I’ve been looking atthe best way to rebase my various Star Wars and Star Trek miniatures in order to use them with simpler, faster rules like Orion’s Gate. Looks like the two best commercial methods for rebasing starship miniatures is to use either Hawk Wargames’ Dropzone Commander toppers and flight stands, or equivalent products from Litko. I’ve ordered some stands from both companies so we’ll see which work best. Both have 3mm rods so theoretically you could interchange toppers and flight stands between the two vendores.

Here are some links to these products which I’ll file here for future reference: 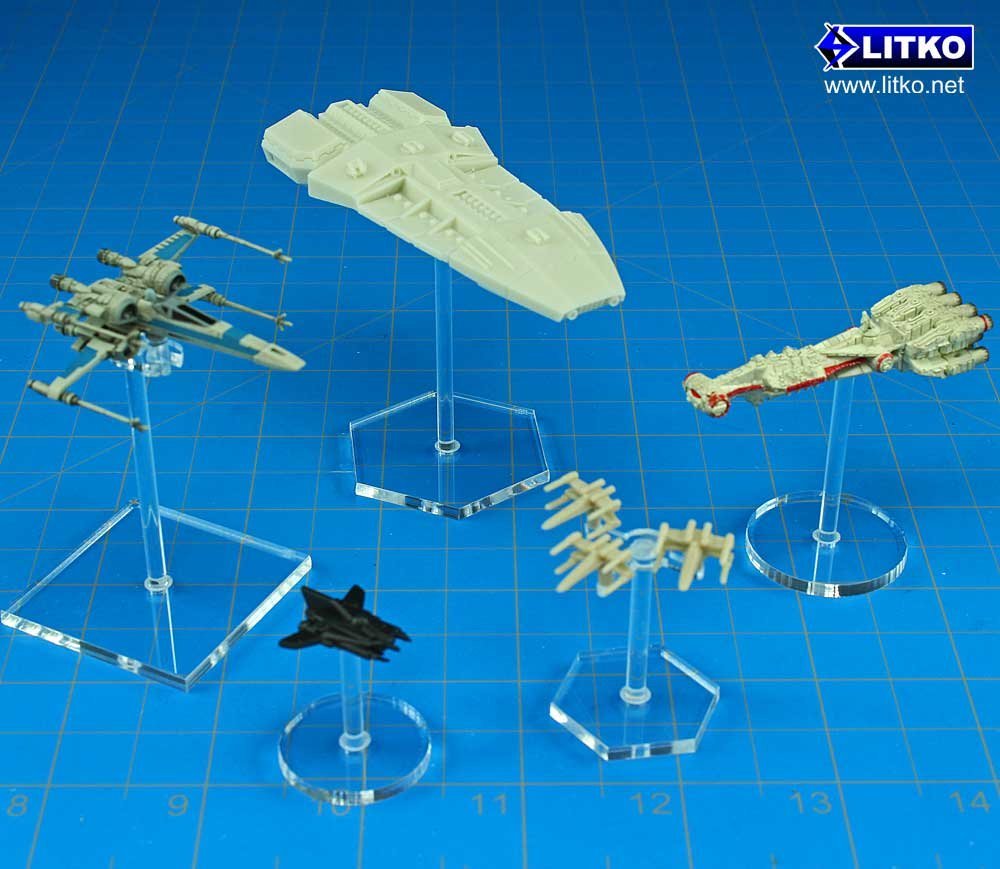 Here are several wargame settings and rulesets I’d like to try out, most o f which have 1-8 pages of rules, play in 1 hour, and only require a 3×3’ or 4×4’ battlemat. I’m putting all this in this blog post, but also have a copy as a page which I’ll keep up to date as things evolve. 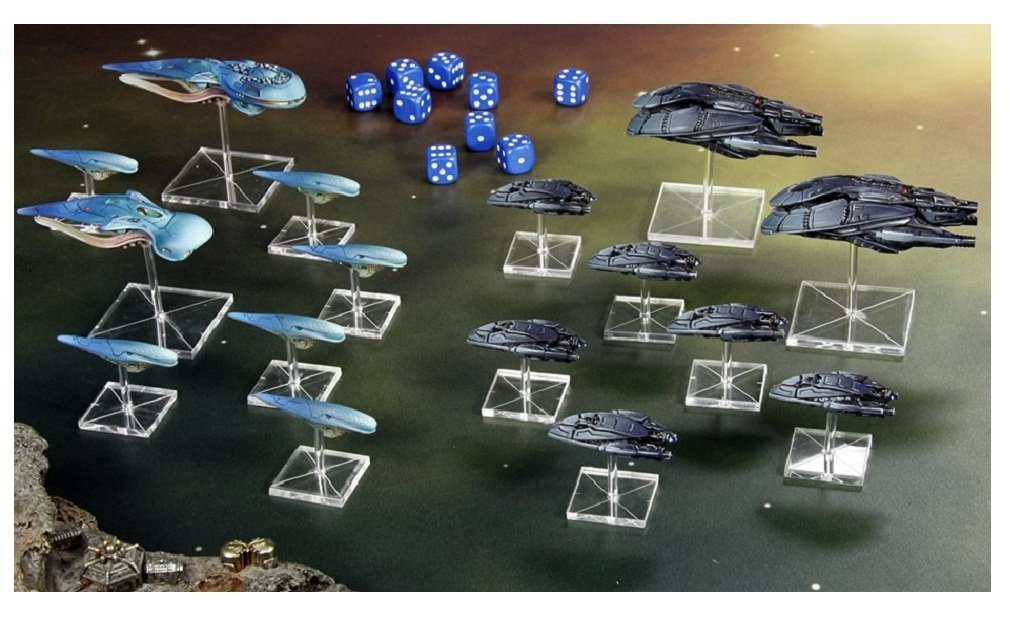 I’m interested in wargames but I’ve found many of the most popular wargames (such as Warhammer and Warmachine, each with 300-400 page rulebooks) and even smaller historical games (such as Sword & Spear, with 50 pages) are daunting for newbies, and raise a challenge for gamers who might go several weeks between game sessions and might forget the rules.

Also, a lot of the rules assume ‘big’ games played on a 4×6’ battlemat with a lot of figures. The bigger games are cool, but setup and take-down take a bit of time, and such games usually have 40 or more figures which take 2-3 hours (or more) to play.

With all that in mind, I’ve been researching a bunch of smaller, simpler wargames which have 1-8 pages of rules, play in 1 hour, and only require a 3×3’ or 4×4’ battlemat.

Ergonomically, this means I can set up a game in a side-room and have the terrain and battlemat setup and ready to go when players arrive. After we play, we just leave that wargame room and move over to the bigger gameroom table. No take-down of wargame space is required. (Caveat: I’ll lose one or both side-rooms next summer when kid(s) are home from college; after next summer I should have a dedicated bedroom though).

Over time, as we find particular sets of rules we like and settings which players are passionate about, we can narrow our focus to those rules and settings and build out larger collections of miniatures. At some point we can have tournaments and campaigns (when games are only 1 hour, we could play ‘best out of 3 games’ in a three hour slot, and even have tournament brackets where you play different people in a 3-4 game session).

Some wargames could eventually serve as side-missions that feed the narrative of a current RPG campaign. Imagine a series of starship wargames that serves as a backstory for a future Traveller RPG campaign, a series of World War II style wargames which detail events in battles of Reich America™, or fantasy skirmish games detailing adventures in another region of Redmark™.

Also, as we find areas of passion, we can have wargames as a back-up game whenever we don’t have quorum or the GM’s brain is fried. By finding wargames synergistic with the main roleplaying campaign, if (for example) the Redmark roleplaying game doesn’t get quorum, we just roll over to playing a Redmark miniatures wargame with the 2-4 folks who show up. Wargames are low or no-prep once you have the figures and terrain, with no GM is needed!

We’ll also have what I’ll call skunkworks games time-to-time which are beta tests of either new wargames or subsets of RPG rules (such as mass battle rules, domain management rules, or beta rules from Rogue Comet).

I imagine we’ll start by having a wargame or skunkworks games at 3pm on Saturday Night Dice game days (prior to the Doors Open at 4:30pm time). More as these events firm up. 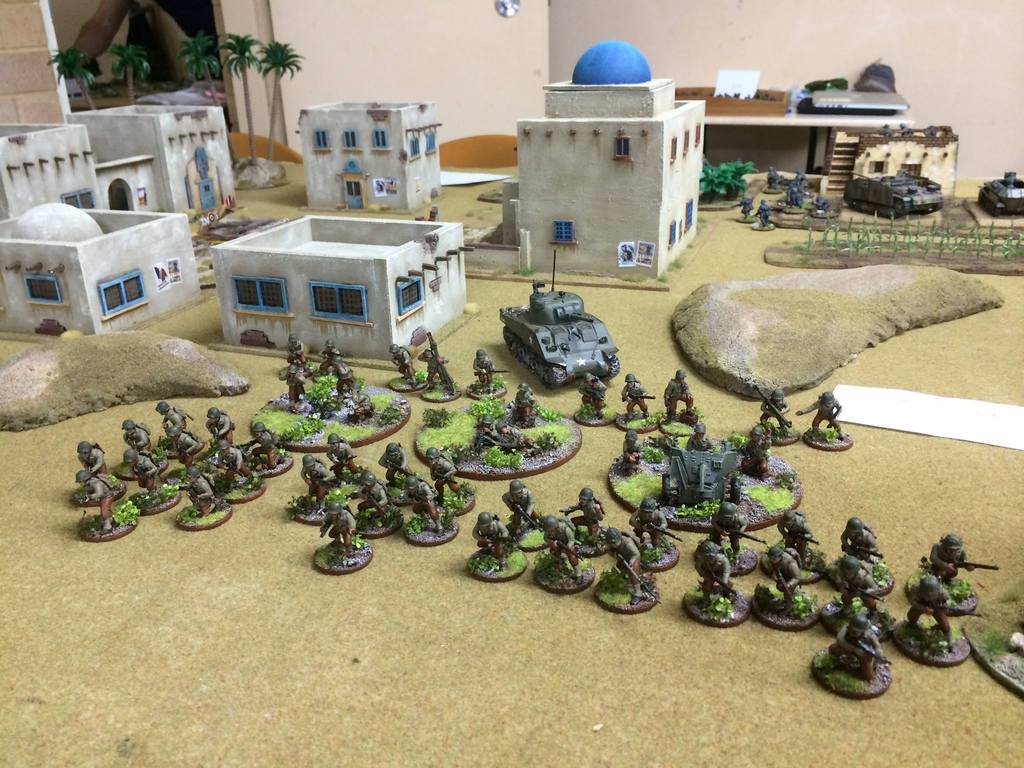 Maybe I’ll have enough terrain and figs to make this scene someday! 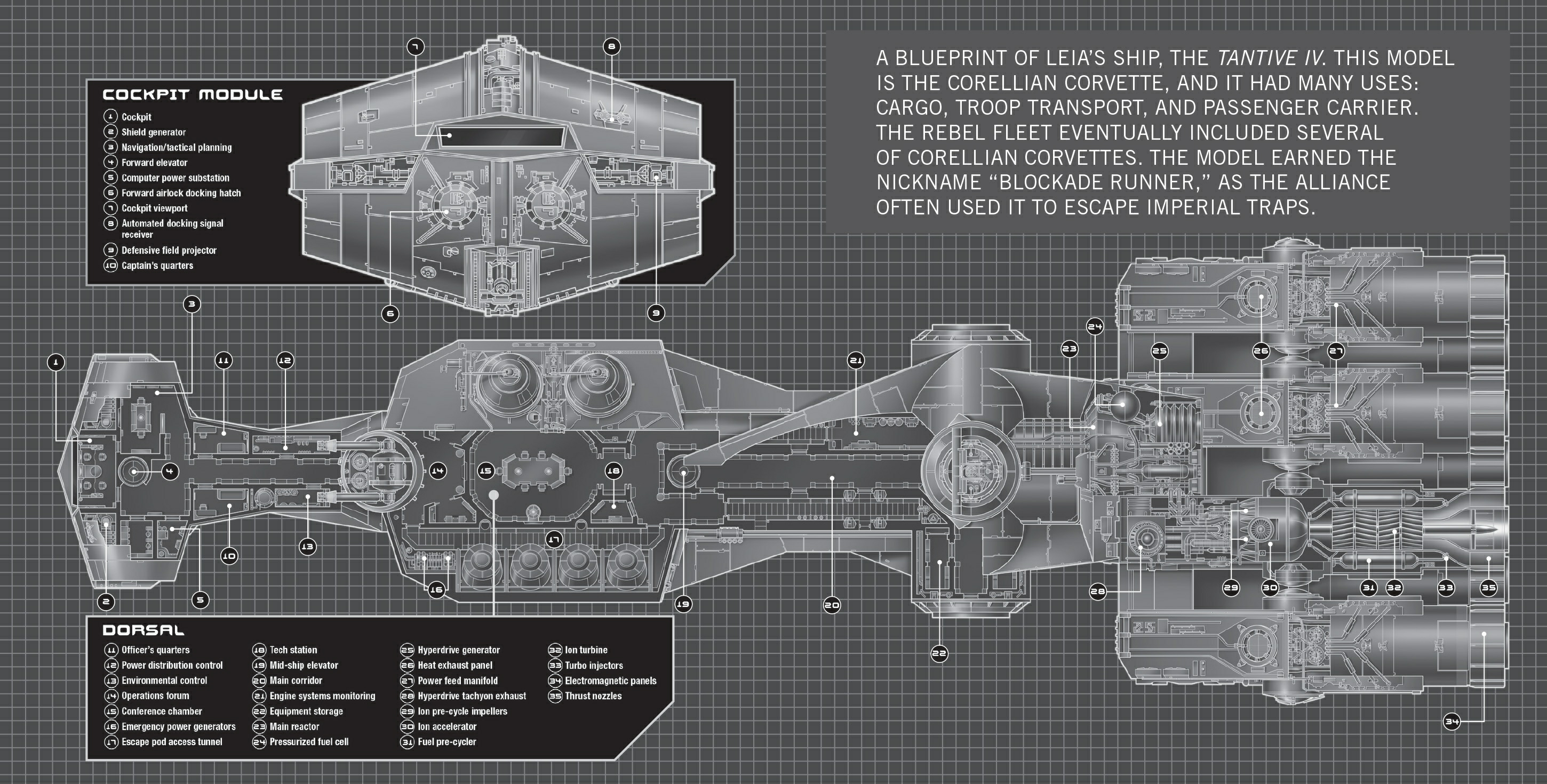