After some discussion, our podcasting group decided to move to a cadence where we run four weeks of podcast games, followed by two weeks of ‘B-Campaign’ games, and then repeat the cycle, at least till around the end of the year. We had at first started down the past of running a D&D campaign (“Shadows or Redmark”), but after a few games we realized that we wanted to do something besides D&D, since some of us are in a Saturday D&D campaign, and or a Monday D&D campaign.

I’ve looked over systems and settings I’d be happy running online in the next year (either on- or off-air, as mini-campaigns or longer-term campaigns). All would allow for rotating GMs if there was interest. All game systems are relatively light-weight, don’t involve complicated resource tracking (which is harder when playing online), and are packaged in approachable small books (usually 6×9″, and around 200 pages).

Not listed are Cortex games like Firefly (I’d love to run Firefly and other Cortex games but I’m waiting on Fandom’s app to facilitate remote play and speed up building dice pools). There are also some Powered by the Apocalypse games I might be willing to run someday (Urban Shadows (a Dresden Files style game) and Dungeon World) but those aren’t making it into my top 5 list at the moment.

Without further ado, here are my top games I would consider running in the near future. 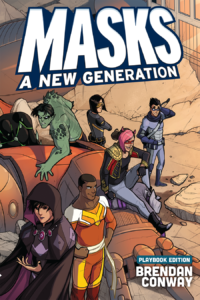 Game system: Masks, a Powered by the Apocalypse system game by Magpie games, a narrative superheroes game that focuses on teenage superheroes and their relationships.

Setting Overview: A superhero setting inspired by the Smallville TV series  set in a small town, probably in the 80s, back in the days before cell phones. Perhaps we could build the town based on the real-life Trinity, Texas: https://goo.gl/maps/XKfC4JhjBchCpsmM7

Key Adventure Activity:  You explore relationships and the secrets of each other and other recurring NPCs in a small-town Texas while keeping your superpowers hidden and dealing with supervillains. 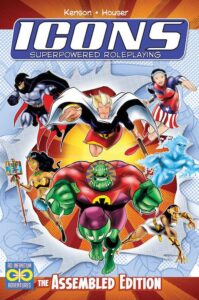 Setting Overview: You are superheroes working for the IIO (Irregular Investigations Office) in Victorian England chasing down supervillains and paranormal mysteries in the foggy night streets of 1887 London. We will allow for troupe-play of characters.

Tone: A serious supers game with a steampunk flavor and a bit of Cthulhu horror.

Key Adventure Activity:  You are given superhero and supernatural investigations to pursue but are free to pursue sandbox storylines during the time between cases. 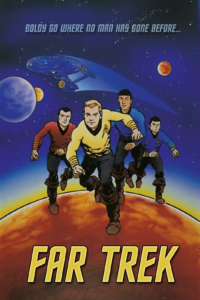 Setting Overview: You play a crew aboard a Saladin class single-nacelle Federation starship exploring the Taurus Reach during The Original Series era. We will allow for troupe-play of characters.

Tone: Thematically it’s based around The Original Series, which has a more “action captain” ’50s pulp SF aesthetic.

Key Adventure Activity:  Your crew explores scientific enigmas, first contact, strange aliens, and gets to explore interpersonal relationships with the large crew. You can play weird alien crewmembers if you like! 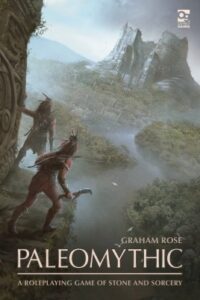 Game system: Paleomythic, a highly lethal stone-age game (think Conan but with primitive weapons) where weapons can break, knowledge is scarce, magic is weak, monsters are always overpowered dangerous beasts, and the weather can kill you just as easily as a saber tooth tiger.

Setting Overview: In ages past, the many tribes of man live, survive, explore, and fight their way across the ancient, lost continent of Mu while dealing with cultists, beasts, enemy tribes, serpent and toad people, and ancient and deadly mysteries.

Tone: Gritty and survivalist where having a strip of leather to repair your broken stone axe can make the difference between life and death.

Key Adventure Activity:  You struggle to survive while exploring a strange world full of ancient mysteries and deal with hostile rival tribes and strange beast-men. 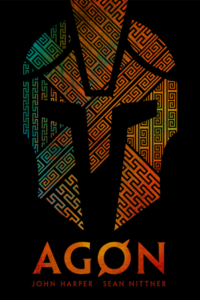 Setting Overview: On their way back home from war, a band of heroes become lost among strange islands populated by mythical creatures, dangerous villains, legendary kingdoms, and desperate people—each entangled in strife, at the mercy of the capricious gods.

Tone: Epic and heroic where your hair flows in the wind and you deal with monsters, mortals, and the gods.

Key Adventure Activity:  Your travel from island to island dealing with local mysteries and dangers, all the while building your own personal legendary story.