First Play of The One Ring

I played The One Ring last night and we streamed it on Twitch. 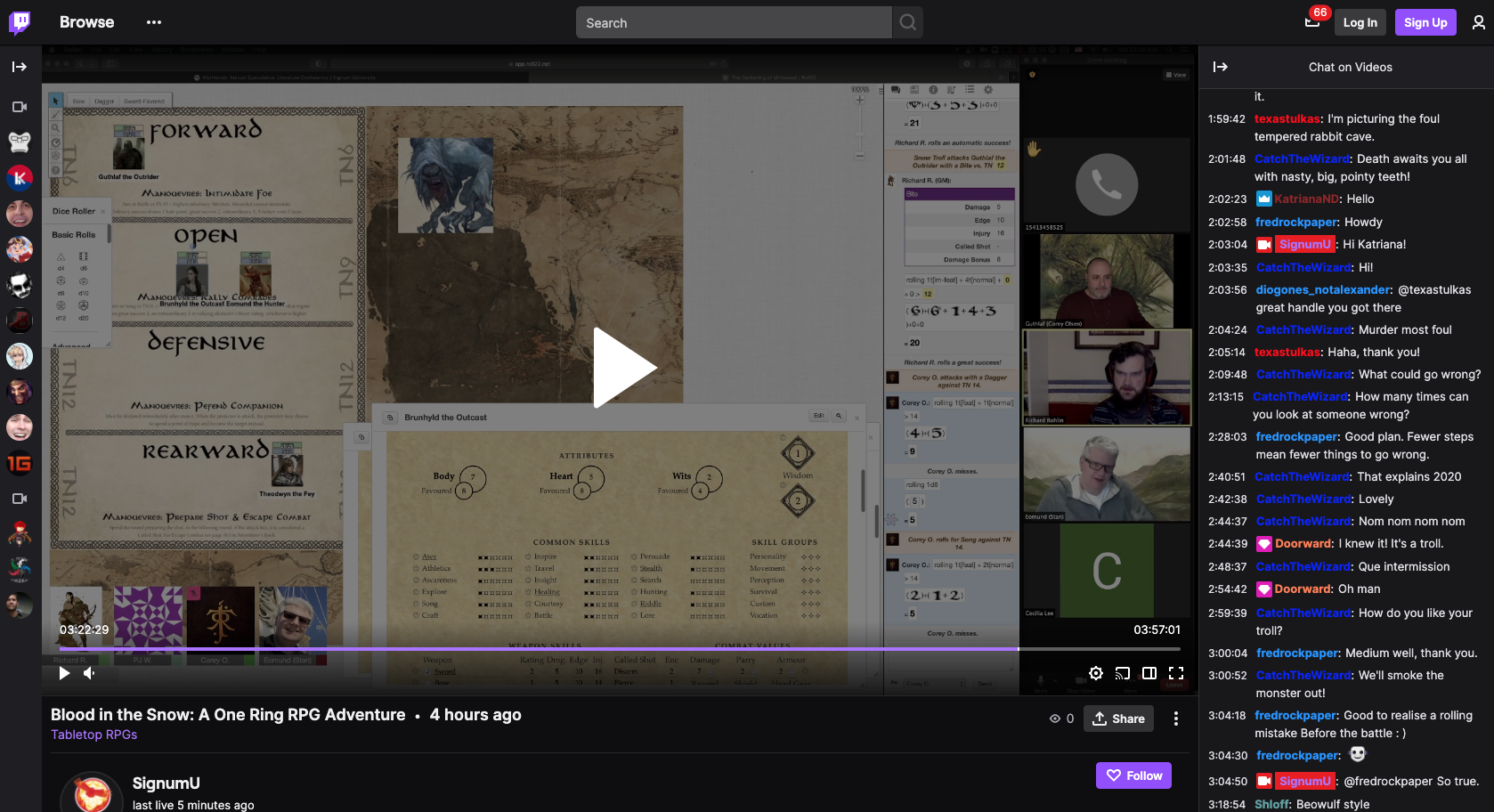 I really, REALLY liked the system.

For combat, our boss fight took 34 minutes (a big troll, 4 PCs, and 4 NPCs were in the combat (the NPCs were fighting as a group I think using some Mob type rule)). Combat took 5 rounds. Roll20 macros made some things faster, but that was offset by the fact none of the players had played The One Ring before (and 2 had never roleplayed before), so we didn’t know the mechanics.

All said, that made for 7 minutes combat rounds, which were very fast and flavorful. Combat allowed for tactics using ‘stances’ (which is sort of another way to do Fate-style ‘zones’, but based on distance and fighting style combined).

We’ve been very happy with the 5e version of Adventures in Middle-earth for our current campaign, but I am very interested in learning more about the original The One Ring system for potential use in future campaigns!