The shock of the unusual trip to another world the group just took quickly turned into yet another party with the natives. And another eating contest for Quintos to foolishly volunteer for. This time, however, he actually managed to win. Who knew a Roman could eat such a horrible food and not die from some horrible food poisoning.

The next day, and under much fanfare, the adventurers left the party happy little village in search of the fabled Buffalo and the legendary lost city located somewhere in the depths of the dark and scary jungle. None struggled with fear, however, as several local wilderness men were coming along as guides. Given the guides already outstanding track record, having lost only 27 of their original 30 members, things were looking very promising.

The journey went swimmingly until a rabid group of baboons descended upon the party like a horde of wild trinket collectors. They lurched at everything they could see that was shinny, including an item of great sentimental value to Marcus. Fortunately, he was able to win the game of grabsies and maintained ownership of his family heirloom. The fight was brought to a close when the red bottomed menaces fled in terror thanks to the clever use of a war cry enhanced with Thaumaturgy. Following the baboons led the group to an alcove where sat a large and well-adorned orangutan. With his new ability to speak with animals, Ghost Dancer sought and was granted an audience with the clear leader of this group of primates. This led to the question to end all questions…”Is an orangutan aware that it is actually an orangutan?”

This conversation was cut short when a giant Roc snatched up this lordly orangutan as he heatedly blamed Quintos’ “war crrwwyy!!” for summoning the winged beast. While tracking the Roc, Nerio (Quintos’ owl familiar) discovered that the Roc’s nest was filled with great treasure. So, for the benefit of…..the….Desperate Adventurers Charity our now sweaty and stinky adventurers made for the nest. At the base of the mountain upon which the Roc nested, their “nest invasion planning” session was rudely interrupted by a gigantic chameleon. This inconsiderate chameleon was quickly dealt with but not before it swallowed poor Ku, one of the guides, like a tiny cricket.

Although forced to adjust their success rate numbers to having lost only 28 out of 30, the guides are still convinced they can turn their luck around. Now the party readies themselves for the climb….of…..DOOM!!! 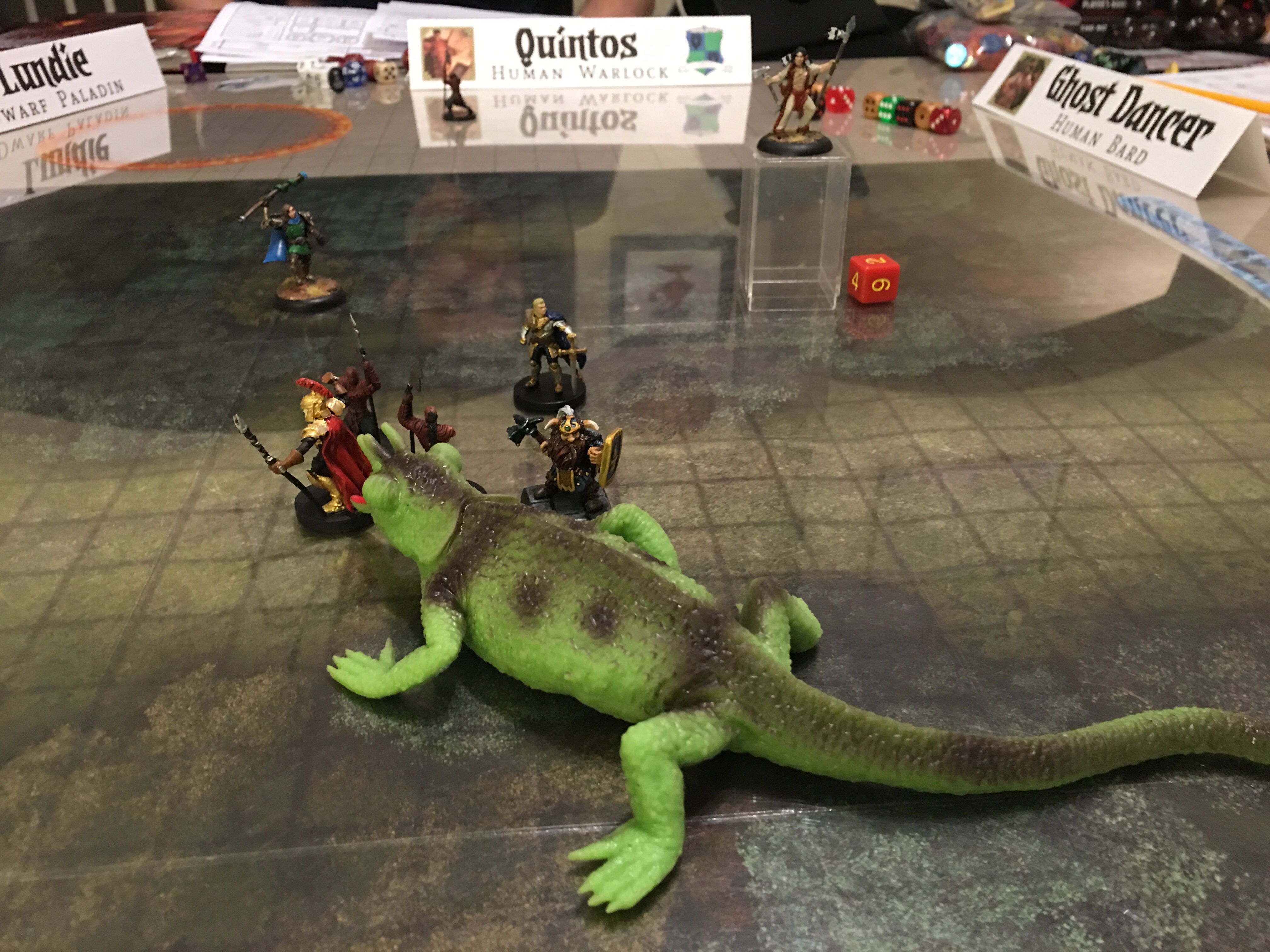 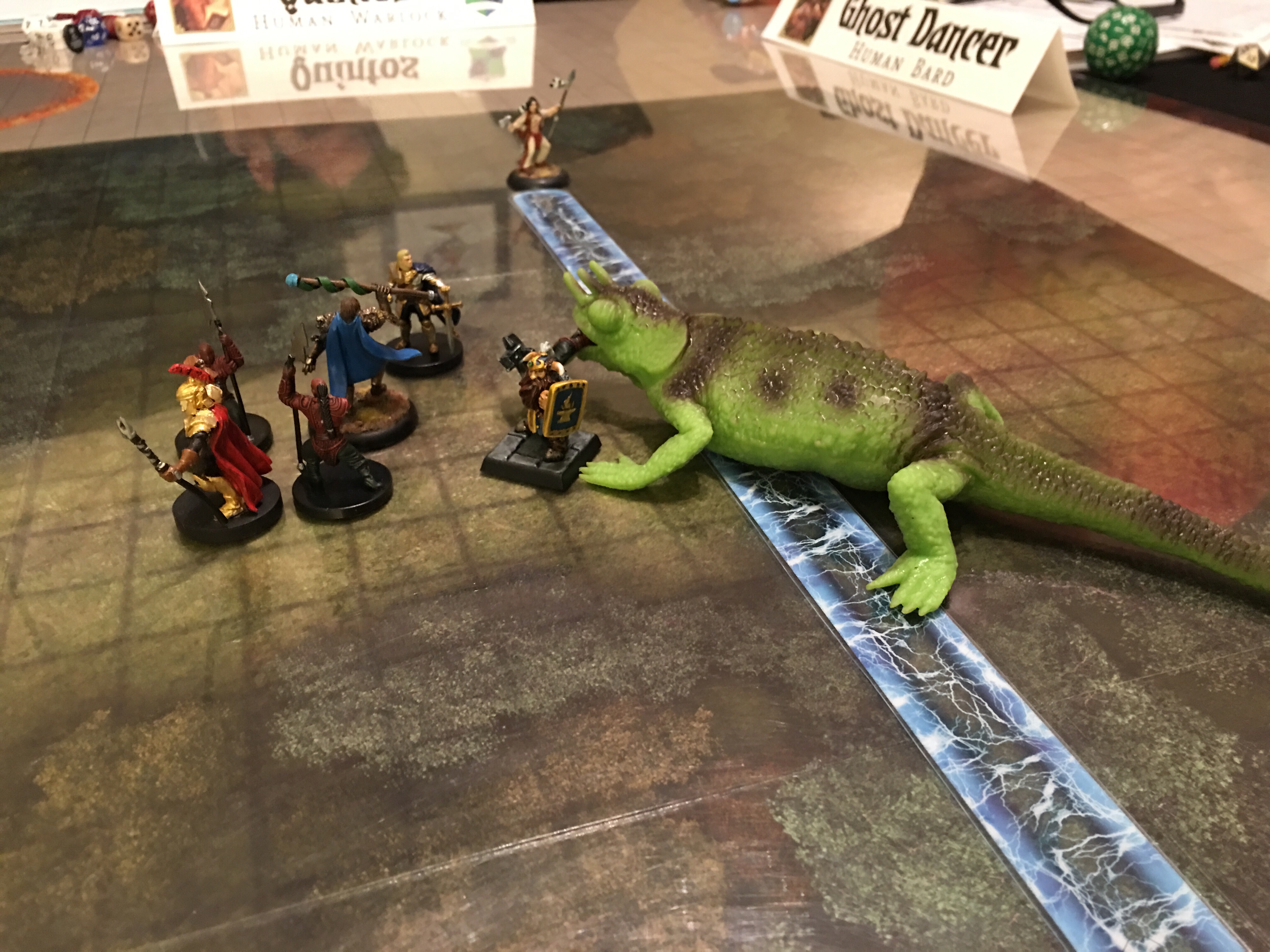 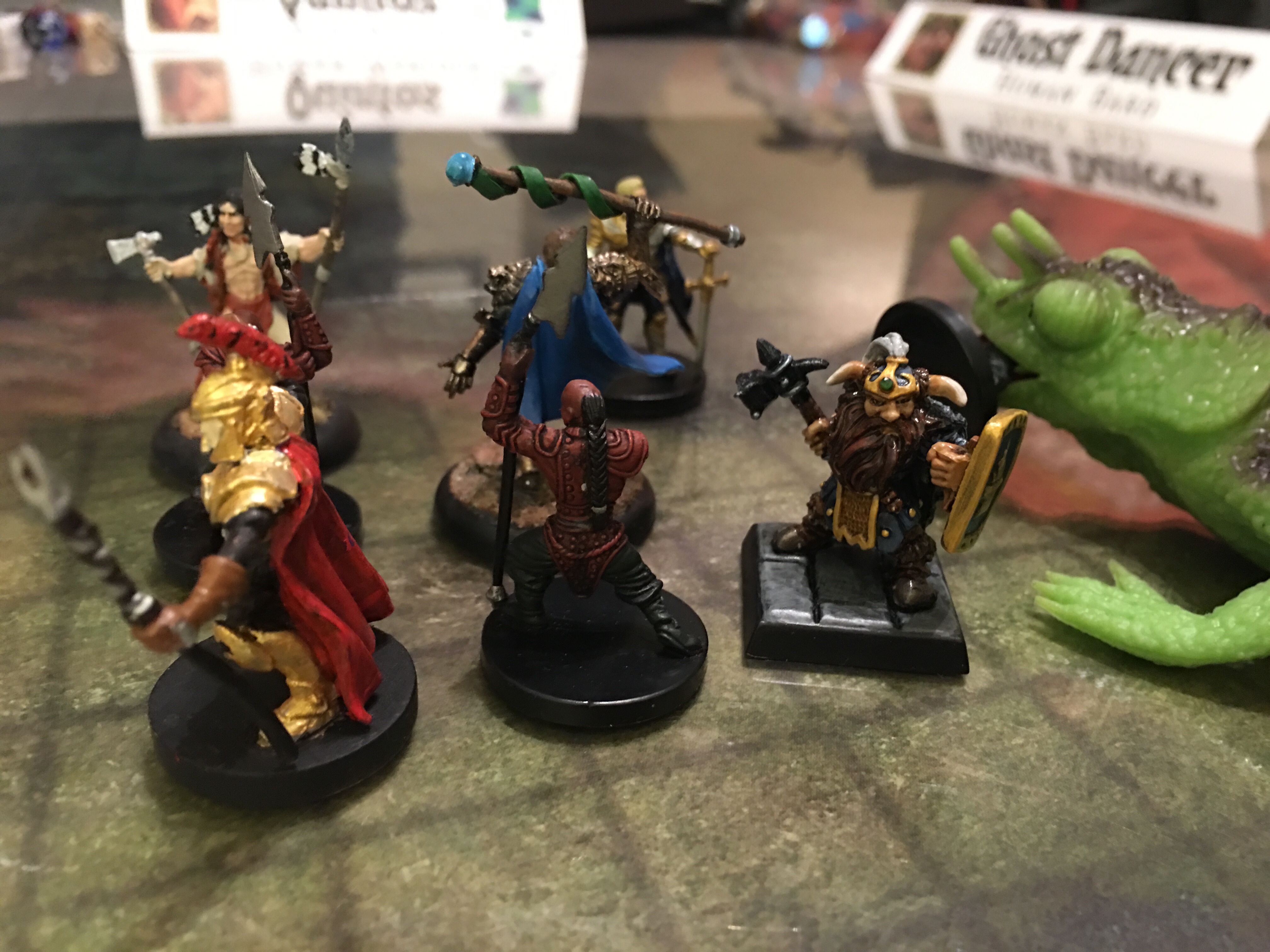