After making it to the other end of the slippery hallway of traps, the group enters a room with a fast-moving floating stream running through it and kayaks on the floor nearby.  Taking the obvious clue, one by one we climb into stream with our flesh golem servant holding a kayak in place for us.

Enjoying the wind in our face and the spray of water, the group enjoys a short ride through a dark tunnel.  Quintos spends a short period upside down as his kayak gets flipped over but manages to right himself.

As we see light at the other end of the tunnel, we are caught in nets and pulled out of the stream by a group of human fighters waiting for us to arrive.  A battle ensues, Ghost Dancer & Quintos in the group fire off spell after spell, Lundie slams Whelm into the ground to send out a shockwave, Ivamel takes advantage of the stun from the shockwave to dispatch the leader of this group.  Lundie gets surrounded, Quintos stays inside his net, and Ghost Dancer gets surrounded as well. The battle has the group separated and this end having a devastating effect. Ghost Dancer makes a break for it past three of the fighters and each is successful in get a hit on him as he runs past.  This drops Ghost Dancer, he is down, and they are looking for blood. Lundie runs over and tries to intercept with his shield, but there are too many strikes for him to deflect. Three of the fighters kill Ghost Dancer. This rallies the group and they dispatch remaining fighters. Ivamel taking down three in one round. 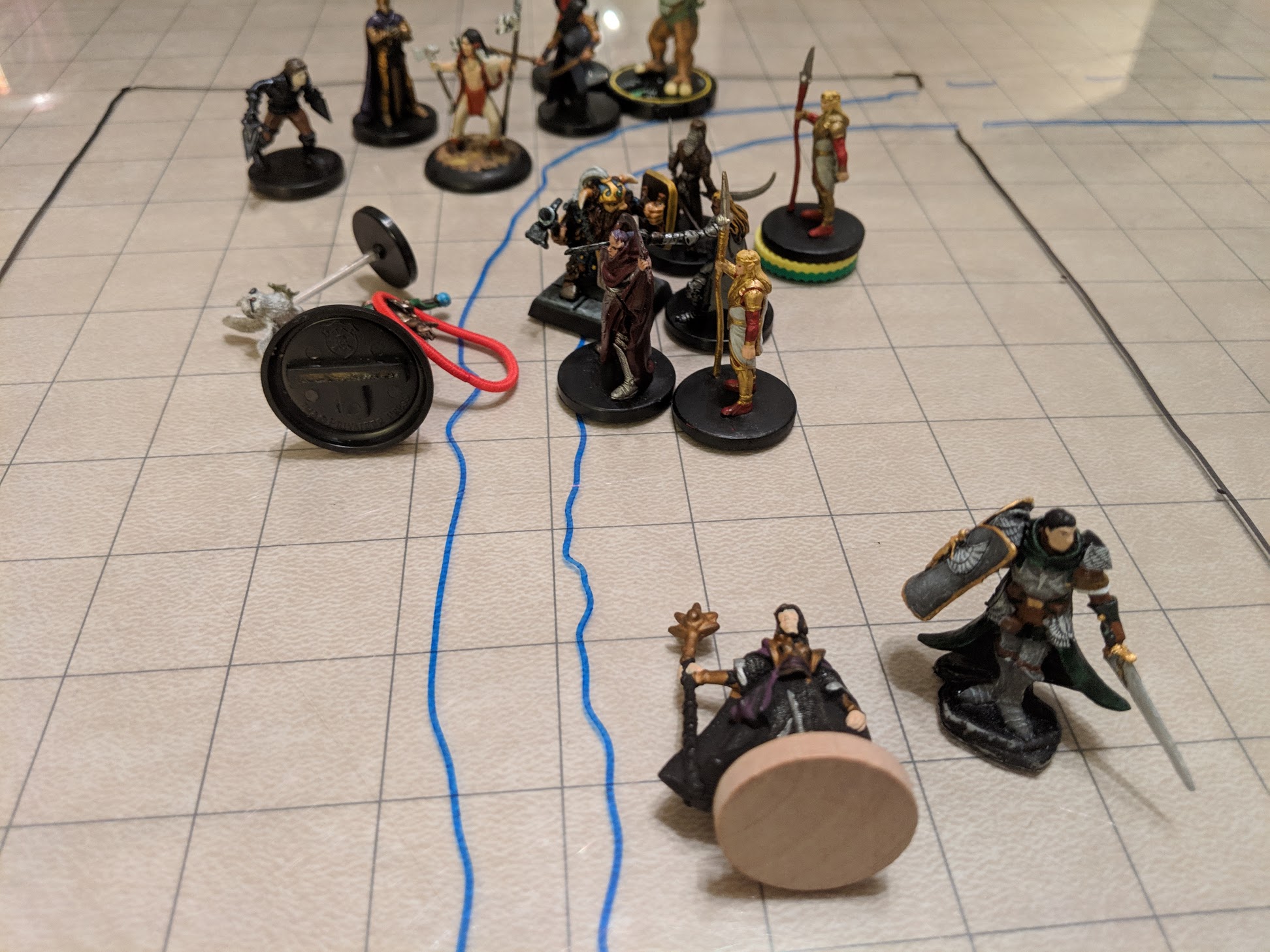 After the battle, Lundie is able to use one of Marcus’ diamonds he has, pray to Moradin for his grace on the life of Ghost Dancer, and Lundie uses Revivify on Ghost Dancer comes back to life and the group is relieved that their friend did not suffer the ultimate fate.

After the battle, Ivamel notices that the leader of the group is Sir Bluto from Stonehelm who had a price placed on his head by King Corwyn of Stonehelm.  Ivamel cuts off his head and places it in a sack to receive the reward for his capture/demise.

Quintos casts Speak with the Dead on the head of Sir Bluto and asks five questions:

After a short rest…

Continuing down the hallway, we enter a room that is a terraced aquarium/zoo.  One level aquarium the next level a zoo. With the bottom floor holding two Manticores.   Ivamel & Quintos shoot at these two from the top which after a few rounds cause all the glass to break which was holding in the water.  This causes a giant pool and the monsters in each level to fight each other. After the water drains, the group find a secret door with the help of Whelm, behind this door is a “safe” we think from Earth.  Ghost Dancer uses the shatter spell on it to bust the lock on the “safe”. There is loot inside!