After dispatching (temporarily) the vampire, the party head back the way that they came. With no further places to go, they have rested and feel restored, Lundie feeling more powerful, albeit with a sentient weapon speaking to him. They pass the room with swinging platforms with ease, now knowing how to do so. Upon arriving at the one-way gate (turnstile), the party find Ghost Dancer’s axe beak missing. Realizing the dangers that could still be lurking in the water, Marcus speaks a few magical words and the party is able to then walk upon the surface of the water. They use this strategy and meander all the way to the opposite side of the mountain’s interior. They pause upon arriving in a certain hallway. As they make their way down the hallway, they note large copper-like pieces covering the walls on both sides (and the ceiling too). Moving along the hallway all of their metal items begin to heat up rapidly to the point of causing severe damage. After experimenting for a while, Marcus places all of his metal items into his tent and drags it behind him until he exits the area with the metal plates. Following suit, soon the other members of the party were through the hallway.

In this new area, as they are waiting for their items to cool down, the party are attacked by several monsters. Thinking quickly and ignoring the damage he would take, Marcus picks up his red-hot weapon and presses a button, causing a force shield to surround the group. Quintos casts a spell, summoning darkness and otherworldly tentacles to attack some automata from a side room before they could attack. Before long, the same is done on the opposite side of the room. The vampire appears again but quicky leaves before being attacked, biding his time for revenge. 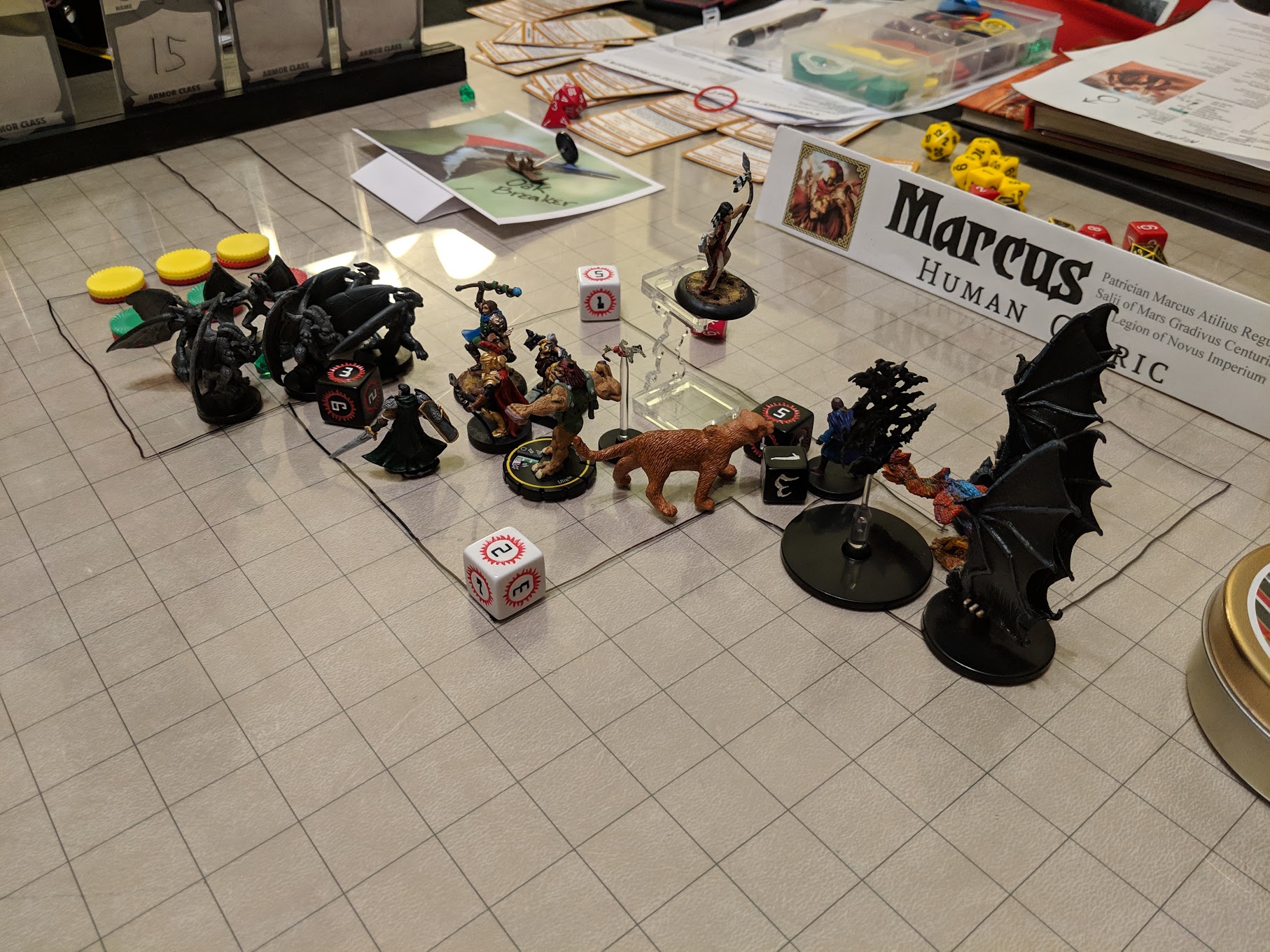 The enemies now dispatched, the group takes a few moments to finish cooling off their items and re-equip themselves. There is a hallway with a small room beyond. Inside this room there are three pieces of floor, with empty spaces sandwiched between. Sending in the golem, he quickly slips on the ground and careens into one of the pits, his skin pierced and shredded in the process. After further experimentation, a rope connected to an arrow is anchored in a door across the two pits and the party slowly work their way across.