Our adventurers—and Quintos’s new flesh golem—go down a hallway and find a strange metal gate (out of game, a very big turnstile). The gate allows them to enter but not to exit. Ghost must leave his glorious Axe Beak at the gate. “Wait for me,” Ghost says to Axe Beak. The Axe Beak shrugs and eats a scuttling cockroach.

Around the corner, the party finds themselves in a giant cavern with pulsing green lights in the ceiling. Kind of like a rave.

A series of small platforms hang from the ceiling, forming a very dangerous way to cross the 50-foot pit filled with boiling mud.

No problem. We’ll cast spells and fly across.

Lundie snorts pixie dust from Fire Willow. The party ties a safety line around him, and he leaps. His magic fails and he plummets toward the boiling mud. (Mmmm. Roast Dwarf.) Fortunately, the safety line saves him.

This cave is a no-magic zone.

Though the party is unable to solve the riddle of the cave, they figure out that they can get a fly spell to sorta work when the 2 Urthjarl stones are together. The group has to huddle together to all fly across. Quintos calls it Cuddle-flying. He seems disturbingly happy about Cuddle-flying. The flesh golem can neither confirm nor deny that he was groped several times during the Cuddle-flight.

On the other side of the pit, another hallway that ends in a door. The door opens into a magically pitch-black room, home to a vampire and his bat swarm.

And epic battle of good versus evil erupts.

The highlight of the battle seems to be a moment when Ivamel shouts at Quintos: “Look, I can take two steps into the room and turn left and swing at the vampire even if I can’t seem him. It’s not like I’m retarded.”

The party dishes out punishment to the undead monster until, nearing death—permanent death if it loses all its life force in its lair—the vampire disappears in a puff of smoke and escapes.

He’s still out there, somewhere.

But, he left behind all his loot. The party finds a bunch of stuff in the room, headlined by a mythical weapon for Lundie: “Whelm” the sentient +3 warhammer from the 2nd Age. 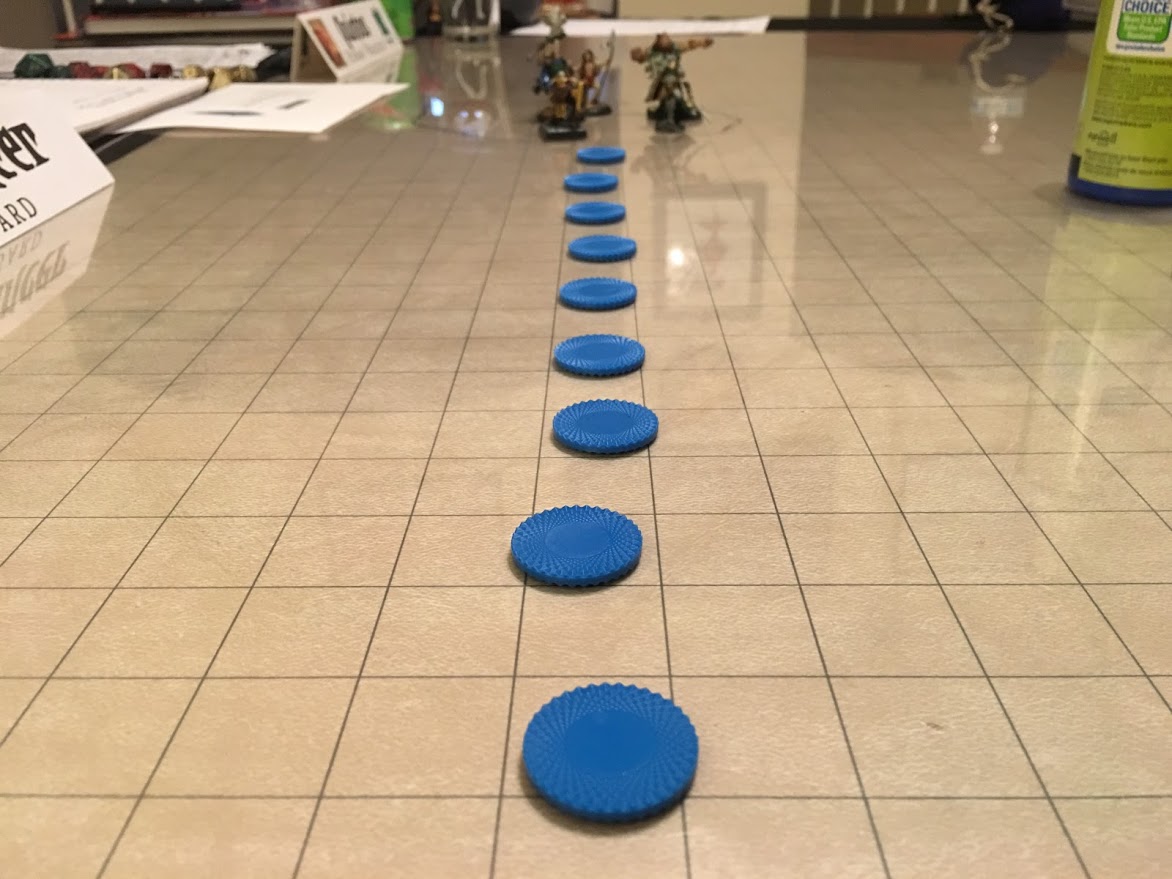 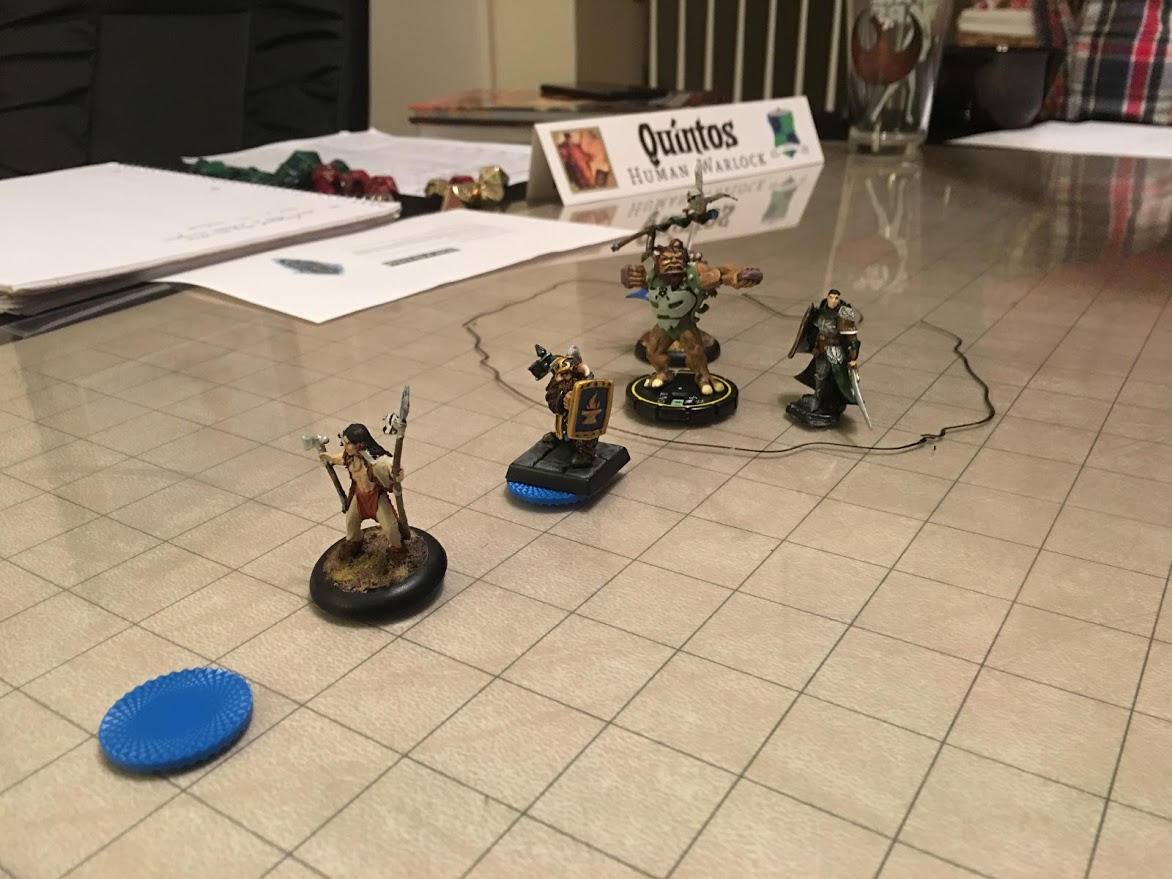 Walking Across the Floating Disks 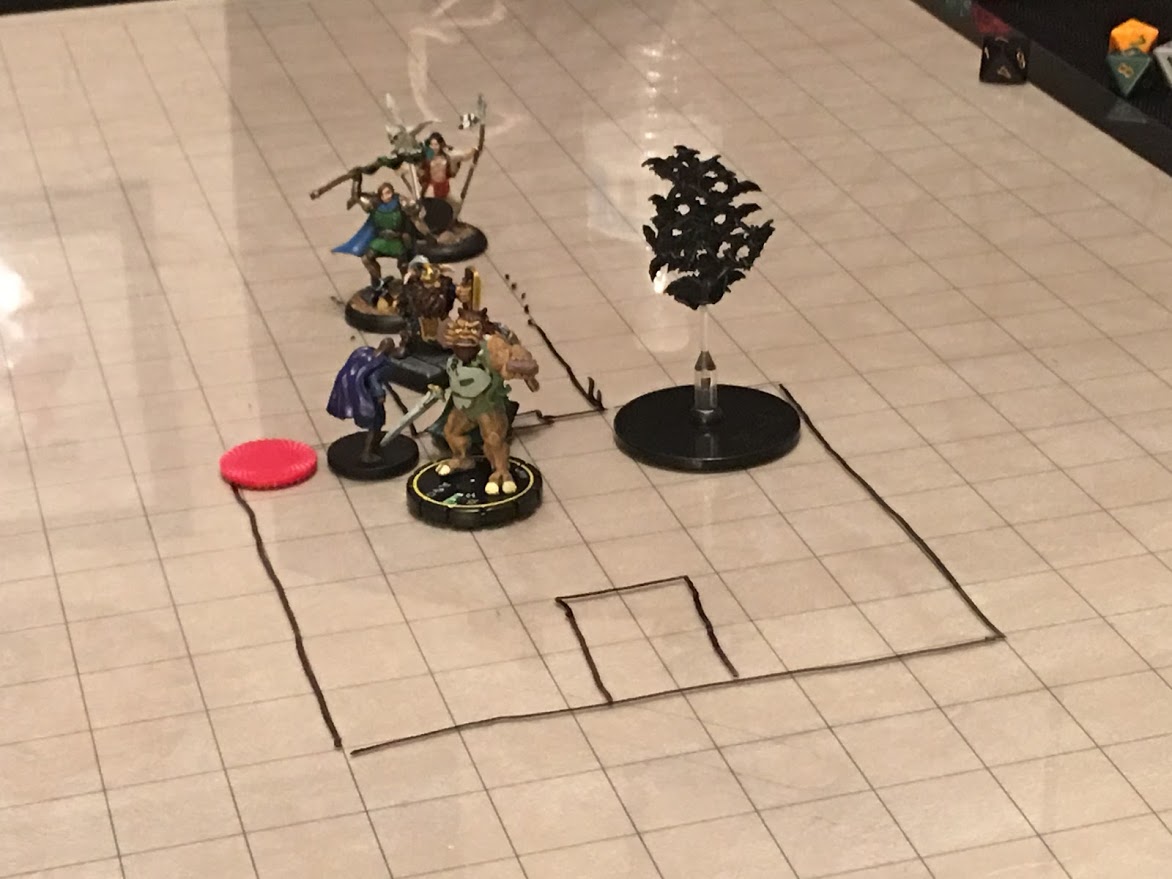 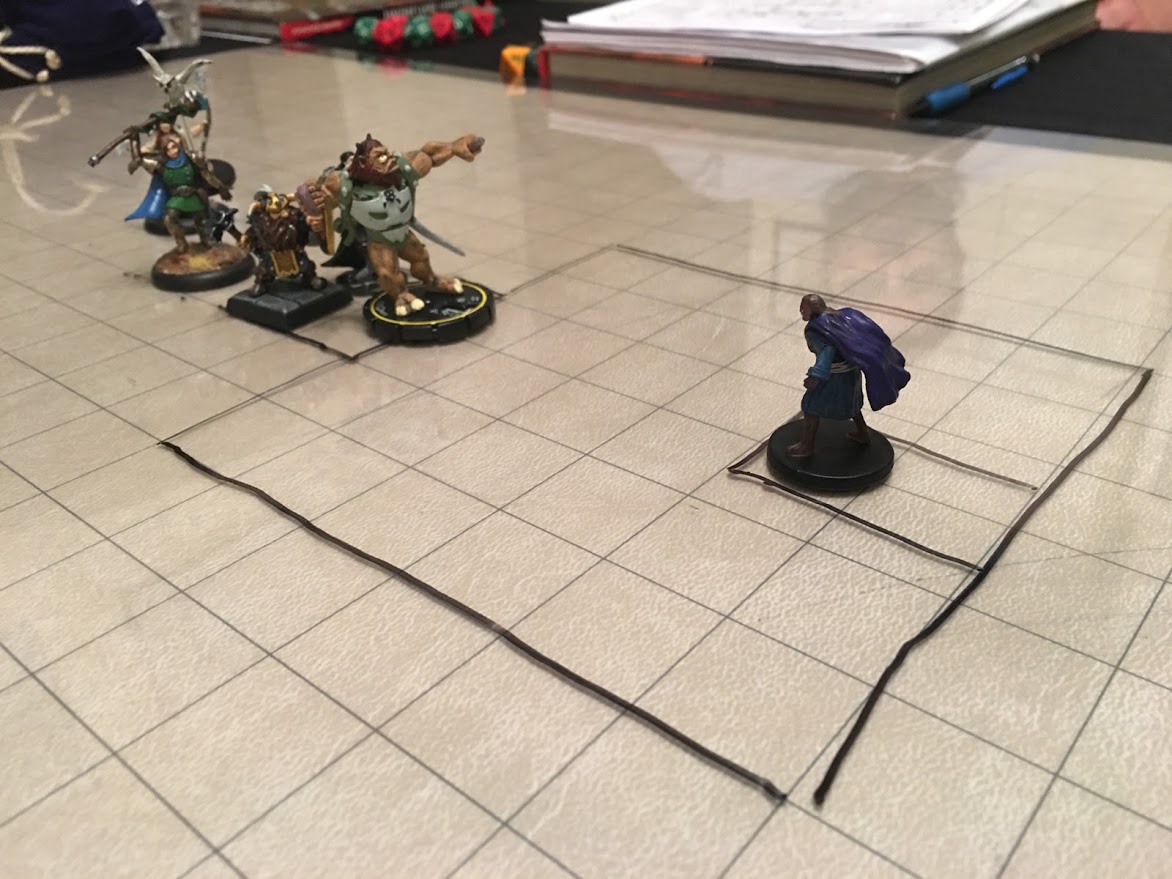 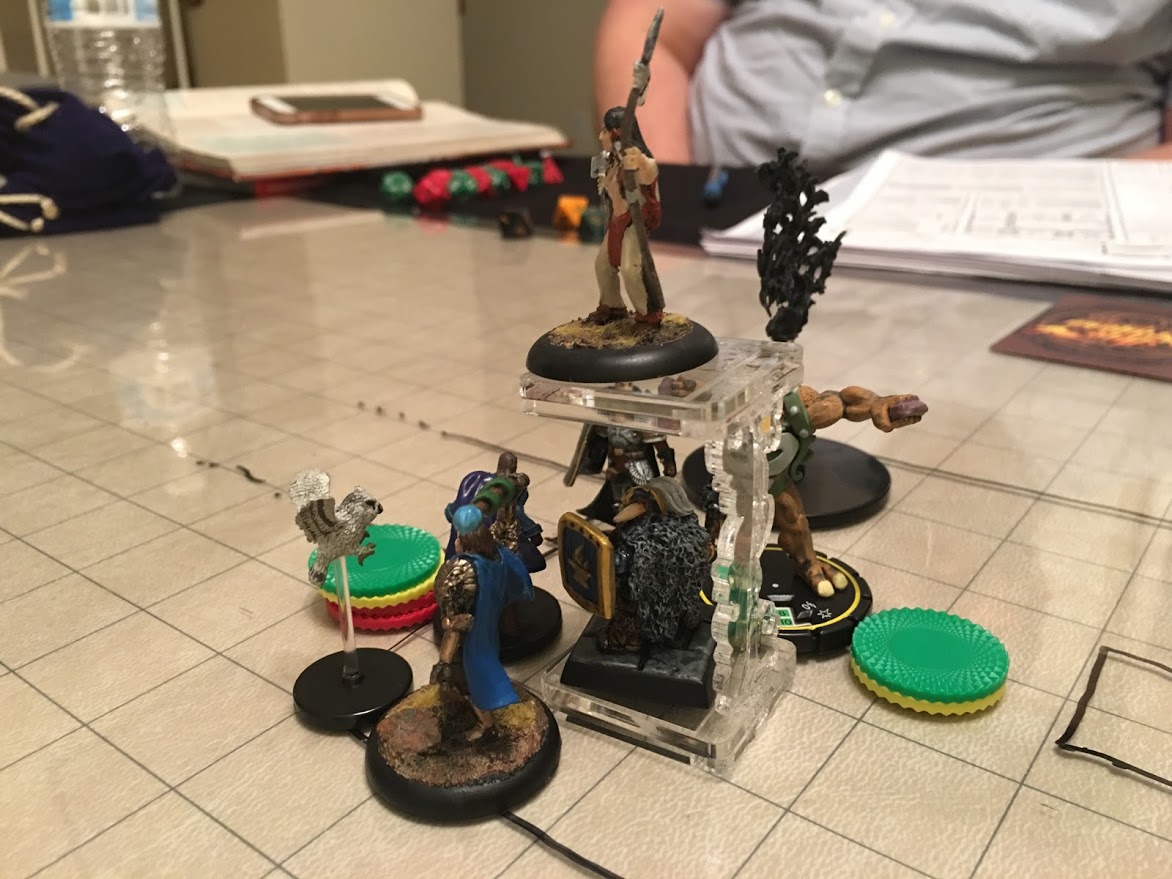 The Fight with the Vampire 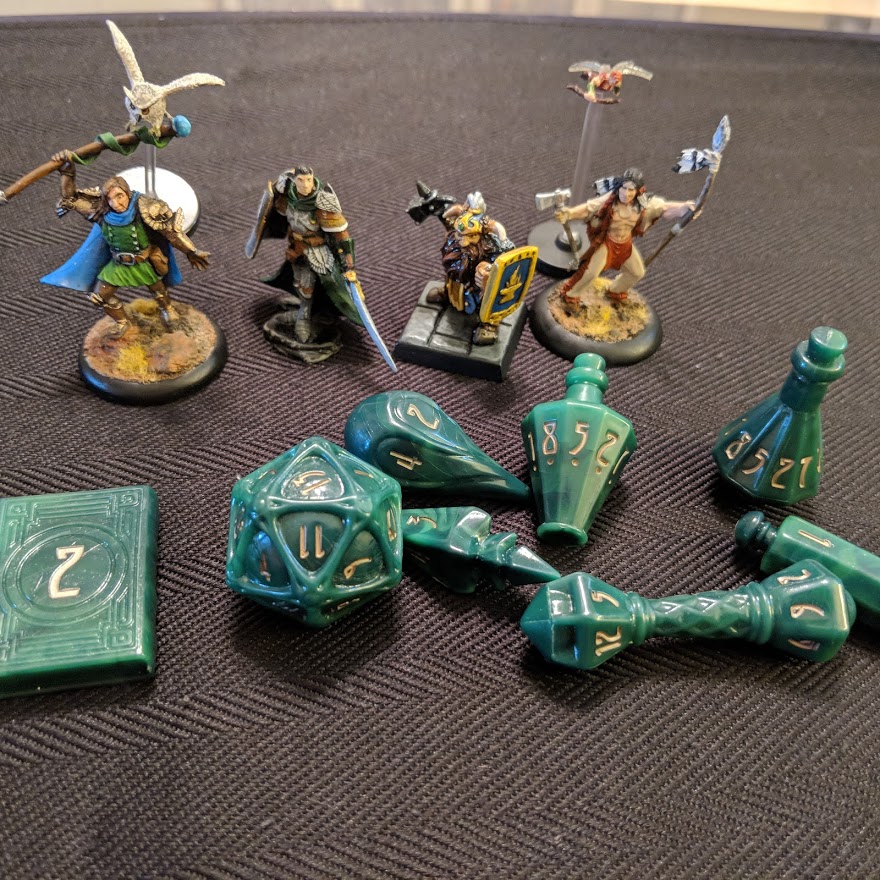