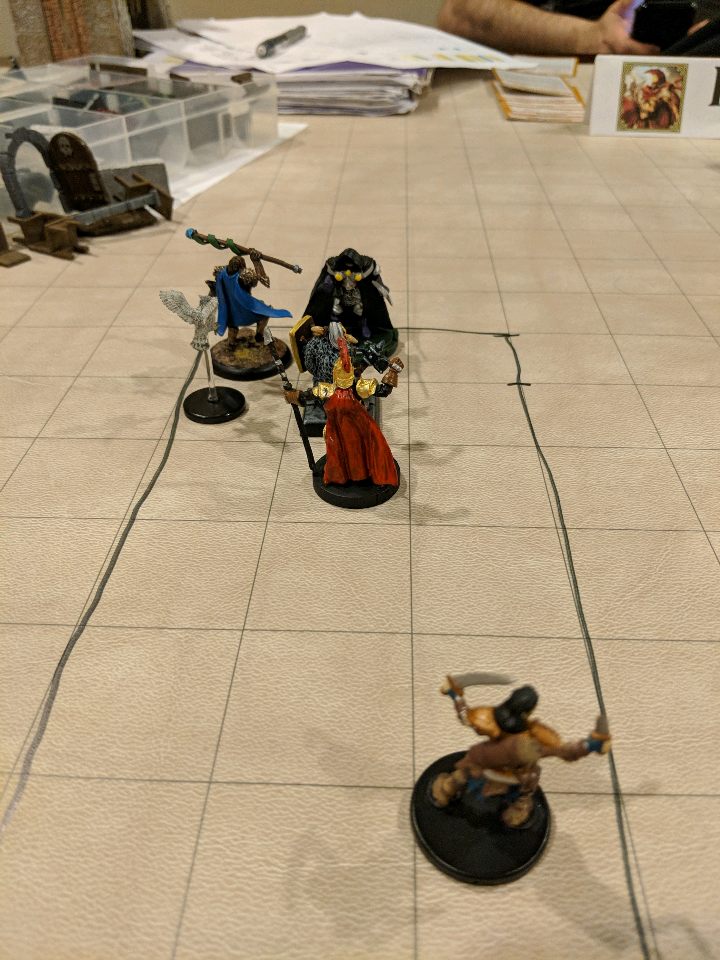 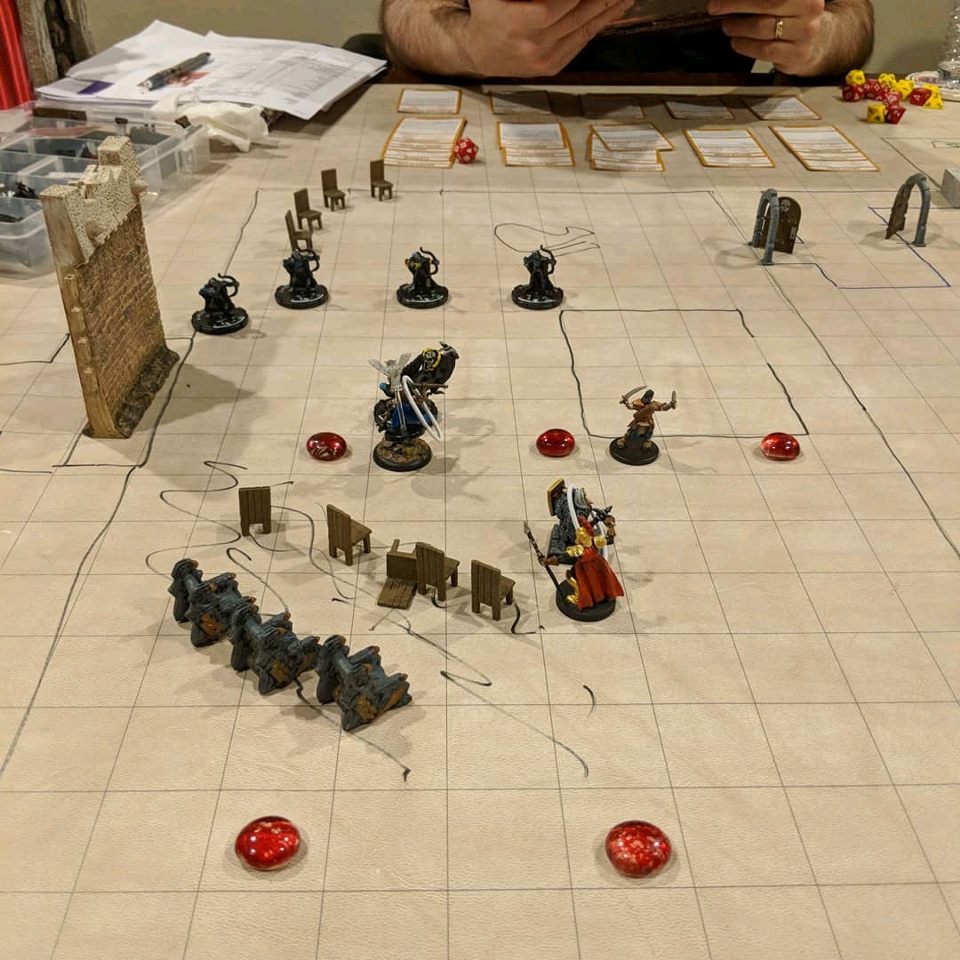 Leaving the small village where the party had freed the young green dragon, the party headed north in an attempt to reach the middle of the plateau. After several hours of travel, the party could see a large thunderstorm heading their way and decided to try to find cover. The rain came with a vengeance and the lower portions of the plateau became covered in water. Seeing that they now needed higher ground and cover, our intrepid travelers spotted what looked to be an overgrown hunting path leading up a small hill. Rain drenched the travelers, wind howled and lighting struck ever closer to their location. Seeing a small clearing with some kind of structure up ahead they made a run for it. Near the edge of the path Quintos spotted some very large creatures that appeared to be ants the size of house cats! As the lightning struck, the ants seemed to glow and electricity ran between them. Covering a large potion of the path and well into the trees on either side, the ants were suddenly a formidable foe. The group took turns one by one jumping over the ants and made it across with only one stumble… a painful one at that as lightning coursed through the party at that one mistake.

In the clearing the party spotted a large structure that looked to be somewhat similar to a church, somewhat like a small fort, and somewhat like a very large house. Seeing this strange place as their only option they headed to the door and found the door open. On the door, in a language that only Quintos could seem to understand was the phrase “Herein lies the treasure of 100 kingdoms.” Finding this interesting Lundie, Marcus, Quintos, Ghost Dancer, and The Duke headed inside.

Inside the front door was a beautifully hand carved small stone entryway. After some careful inspection Lundie noted that the very stones this structure was built from actually originated in Redmark! A larger, second door sat between the party and true respite from the storm, and without much effort they were able to open it and head inside. On the back of the door was another message in the same unfamiliar script, “Within these halls rests weapons to remove oppression, defend the feeble, and weaken the mighty. Enter with caution if you are not of like mind.” Inside the compound was a sweet smell of baked goods, distant laughter and revelry, and incredibly cleanliness.

Searching around the party stumbled upon a small sleeping quarters with some immaculately kept skeletal remains. Suddenly specters appeared and attacked the group. Reacting quickly and efficiently, the party dispatched the spirits, composed themselves and began searching the rest of the rooms they came across. Directly after the fight, the party noticed the absence of Ghost Dancer and began their search for their companion in earnest. In a small storage room the group found some potions of healing, then headed into what looked to be a musical performance room. After stepping inside, the heroes were assaulted by dozens of skeletons and some sort of magical leader who used music to both direct his minions and to distract, delay, and damage the heroes. Quick thinking and decisiveness lead the day as the skeletons were dispatched in short order only to have a more prolonged battle as more of the Died Piper’s tricks came to light. Shadows attacked the warriors, noises blared in their ears, and disgusting long, gangly fingers attempted to worm their way into the minds of those brave enough to stand toe to toe with this foul being.

One final blow from Marcus felled the wicked creature and the party decided to rest in a small stairwell within the room. Quintos read through a small journal that granted insight into what exactly happened in this beautiful place that turned each entity into some sort of undying beast. Before they could barricade the doors, a swarm of hungry ghouls burst through the door stench first. The party sprung into action and quickly took down all six of the lecherous, unnatural things. Having destroyed the bodies and finally closed themselves inside the stairs, the party were able to break away for an hour to truly rest. Opposite the entry door is a larger double door leading to a hall of former heroes. Inside were statues and plaques memorializing the fallen warriors of this compound. Lundie, after some careful searching, found a secret doorway at the back of this hallway and the party turned a small corner to find themselves in another small hallway. Here were two doors. One at the end, about 25 feet away and another midway down the hall, with just a small nondescript door. Opening the door, the party quickly realized their error as two large wights wielding large weapons laid into the group. The battle was incredibly tough and much damage was taken, but the heroes did manage to survive the ordeal and strike down the dead but still alive disgusting creatures. Further inside the small room was a shrine of some kind and Marcus and Lundie were able to sanctify the area and rest with guidance from some sort of goodly deity or instinct.

Fully rested, the party returned to the hallway and opened a large door into what appeared to be a ballroom. Nothing but tables, chairs, centerpieces, and chandeliers were in the room lined with mirrors. Out of the corner of their eyes, each member spotted movement…in the mirrors. That’s where we will pick up next adventure!