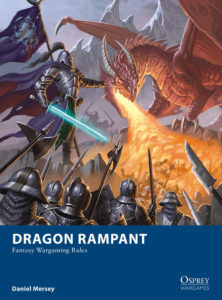 Dragon Rampant is a fantasy version of Osprey’s Lion Rampant. Both have excellent reviews, and let you play fast-paced wargames with 60-100 models on the table in only an hour. I read Dragon Rampant and I am VERY impressed.

Over on the Wargaming in Middle Earth Facebook group, in an informal poll I ran, Dragon Rampant was voted the most popular ruleset to re-enact Middle-earth scenarios (at least for casual gamers), beating out even the various licensed Middle-earth wargame rules. While Adventures in Middle-earth is great for D&D 5e roleplaying, a 5e battle with 50 creatures is going to take over an hour. A wargame like Dragon Rampant has a different focus with rules like Morale and Glory which I think make it an ideal companion to Adventures in Middle-earth for a game club that wants to do multiple kinds of gaming in Tolkien’s world.

For the casual wargamer, these seem like ideal rules, much less crunchy than even Sword & Spear (which plays in about 2 hours). Only 66 pages packaged in a small, easy-to-read booklet. What’s not to like?

I definitely want to give these rules a shot.

Here are the first three scenarios I’d like to try (text is taken from the book). They give you a flavor for the book’s tongue-in-cheek writing style:

SCENARIO A: GORY BLOODBATH ON THE PLAINS OF DOOM

Bloodbath is a straightforward fight to the death between opposing Warbands. It’s a good scenario for multi-player games or for your first game of Dragon Rampant. Both the Attacker and Defender must attempt to slay or rout their enemies to achieve victory.

“Would you like a hand with that soup?” The attackers need to move quickly – the defenders have captured ten of your kin, and rather than selling them into slavery, they’ve decided to rustle up a tasty meat-based snack. The defender must attempt to rescue their medium-rare friends before the pot boils over.

Run for your life! Ambushed while out on a routine patrol, the defenders must flee for their lives, and the attackers must take those lives from them. 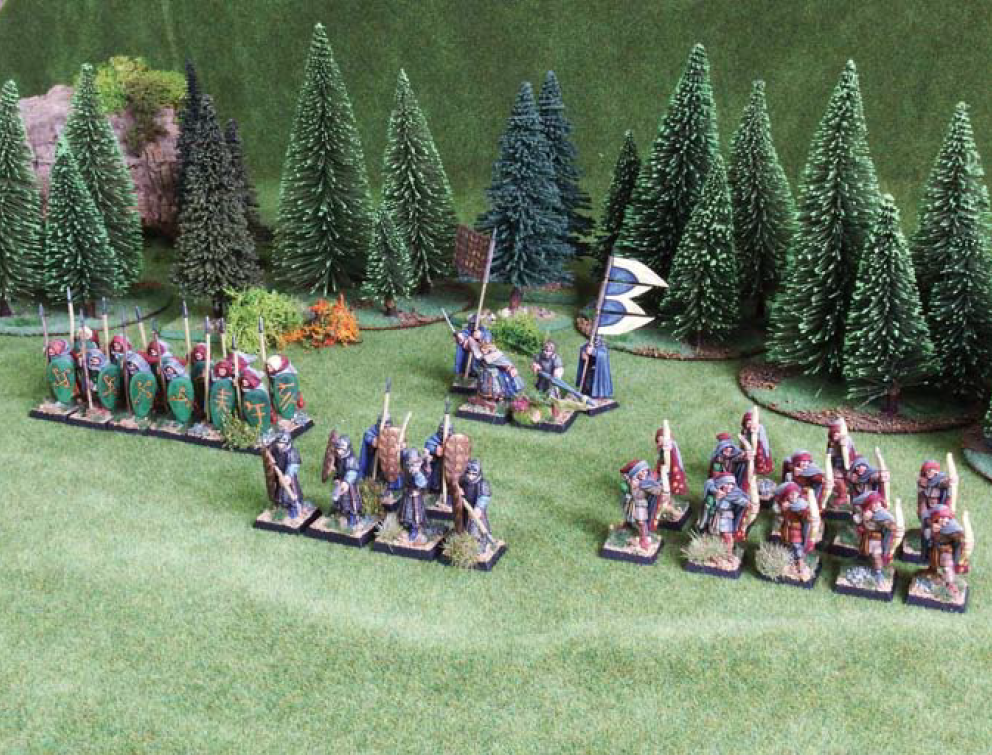