In the aftermath of the T-Rex beat-down at the cannibal village, the party liberates the captured villager, Lagu. As the party investigates the village, they find the shrunken heads of dozens of captured villagers decorating the huts of the cannibal clan. Lagu tells an awful tale of horrific tortures and murders. He was next on the menu, and owes his life to the heroes. From there, the party decides to search the stinky tent of the evil cannibal sorceress, Hagagakak.

As it turns out, the lovely Hagagakak was into arts and crafts. Not cross-stitching or scrapbooking. No, she built stuff with the bones of the people she slaughtered. Very charming.

At one end of her hut, the party finds a hexagon shape pounded into the dirt. The hexagon is lined with femurs. The area oozes with dark, arcane energy. At the other end of the tent, a strange scaffolding of finger bones holds aloft a curious ball made of amber. Inside the ball, an imprisoned pixie is trapped, frozen in place.

When Marcus holds his light close to the amber ball, the pixie opens her eyes and glowing bits of pixie dust float through the orb. 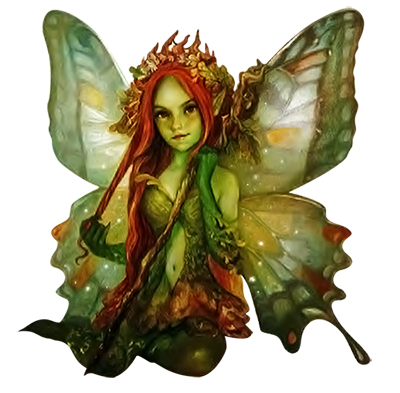 Marcus calls on the Lady of the Lots, who confirms that releasing the pixie from her amber prison will be a great boon to the party. Quintos tries a spell to free her—dispel magic. The orb, however, remains intact. Then Lundie casually strolls up to the orb and taps it with his divine hammer.

A flash of light blinds Lundie and the party. Lundie’s soul gets sucked into a wormhole. Meanwhile, the party simply sees Lundie’s body freeze, not realizing that his soul now zooms toward oblivion.

Lundie’s head pokes through an ethereal plane into a hut with two of Hagagakak’s sisters: Mornigak and Slithigak. They stir a boiling witch’s pot and chat. When they see Lundie, they read his mind, and cry, “You killed our sister!” Then they grab spears and approach his floating head. Lundie tries to get away, but can’t move.

Meanwhile, back in the hut of Hagagakak, the party sees Lundie twitching. Ivamel thinks that perhaps the dwarf has invented breakdancing. Leopold observes smoke emerging from the finger-bone pedestal and crawling over the ground to the hexagon of bones. Quintos, with a blessing from Marcus and some musical inspiration from the band “Ghost and the Loincloths” pushes Lundies hammer all the way down on the orb.

There’s another blinding flash of light. The orb cracks, and Lundie’s soul returns to his body.

Lundie, with a few taps of his hammer, frees the pixie. She immediately gets a crush on the 20-foot-tall dwarf and his very nest-able beard.

Her true name makes Hagagakak’s sound easy to pronounce. It’s Glandirifainisiwan. Which translates to Fire Willow. She’s clearly not in her right mind, because she thinks Lundie is tall and handsome. Quintos says that she’s “fairy powerful.” As prophesied by the Lady of the Lots, Fire Willow becomes an immediate boon to the party…by tying Leopold’s and Quintos’ shoelaces together while the party sleeps.

After spending the night in Leomund’s Tiny Hut—which the Duke of Dorn has tricked out as Leomund’s Rockin’ Bachelor Pad (Leomund’s Disco Ball, Leomund’s Buffet, Leomund’s Big Screen TV, Leomund’s Xbox, Leomund’s Fridge Full of Beer, and Leomund’s Pot Dispensary)—the party heads off to find the plateau rumored to be near the interior of the island.

Along the way, the heroes and their jungle walker buddies find an old campsite, and Quintos spots a glint of silver in the underbrush. It’s a ring! A shiny silver ring! Certainly it’s magic.

Marcus consults the Lady of the Lots and rolls double 0’s. Aught! Aught!

His unusual vision tells him that the ring is probably cursed. Quintos figures out that the ring makes one feel as if they are invisible, but really the ring whistles and draws attention to the wearer. Perhaps a useful tool to have in the future.

Leopold Picks a Fight with a Tree

After another night partying in Leomund’s Tiny Frat House, the party continues their journey, emerging from dense jungle to hill country. They approach a deep gorge over which a giant fallen tree forms a bridge.

The party sets camp for the night. Ivamel starts chopping firewood … with a rapier. I guess he just likes a challenge. Immediately, a redwood-sized Treant moves toward the party and chastises them for desecrating the bodies of his dead friends and family.

Most of the party takes a knee and apologizes profusely for offending the mighty Treant. Except for Leopold, The Duke of Dorn.

Leopold defies the Treant, and when the Treant appears ready to attack, Leopold makes a slimy non-apology apology—and it works! The Treant abstains from crushing the party. Leopold rolls his eyes, disappointed that he hadn’t started a fight with the sanctimonious tree.

With the help of Fire Willow, the party speaks with the Treant and hears a mysterious tale. The Treant has lived for 13 centuries. During that time, the Treant has often encountered three chromatic wizards. According to the Treant, these wizards created the island in the bubble of the universe.

These 3 wizards came and went among the people and creatures of Vridensia for centuries. Then about 200 years ago, the Treant noticed that the three wizards had stopped coming to Vridensia.

Before the wizards went missing, new creatures appeared on the island. The Treant has seen a herd of buffalo on the central plateau. Ghost Dancer does the happy dance at this news and feels closer to fulfilling his destiny.

And speaking of the constellations, the Treant finishes his tale by saying that many wizards fled to the stars.

What will the heroes discover at the interior of the island? Will the Duke of Dorn finally get to fight a tree? Will Lundie marry Trixie the Pixie and create a subspecies of even shorter dwarves? Will Ghost Dancer find the Fluffalo? Will Marcus get eaten by a Roc? Will Quintos attune with the Roc? Will Ivamel finally reveal that he’s Mars (“Surprise, ya’ll. It’s me, Mars. Who wants to see my flaming sword?”) 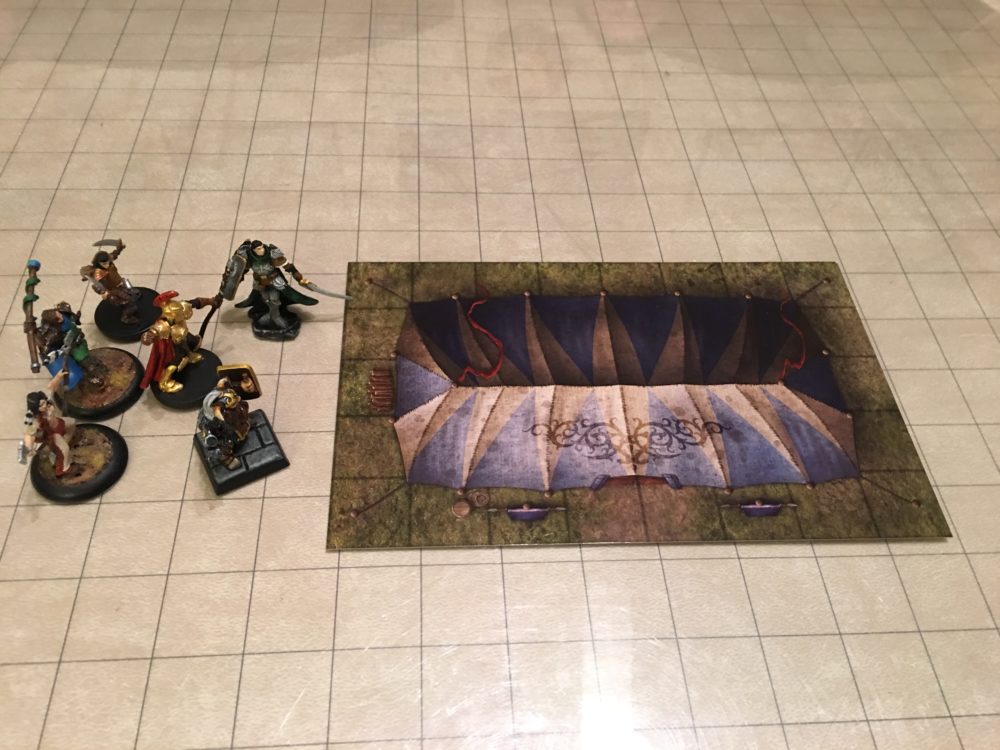 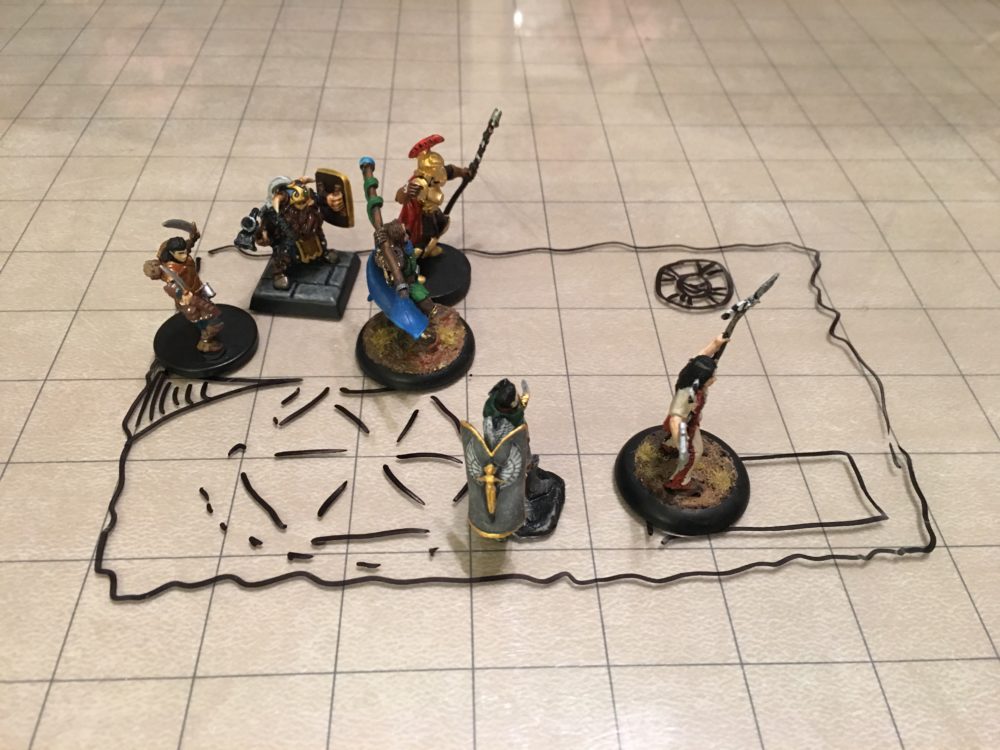 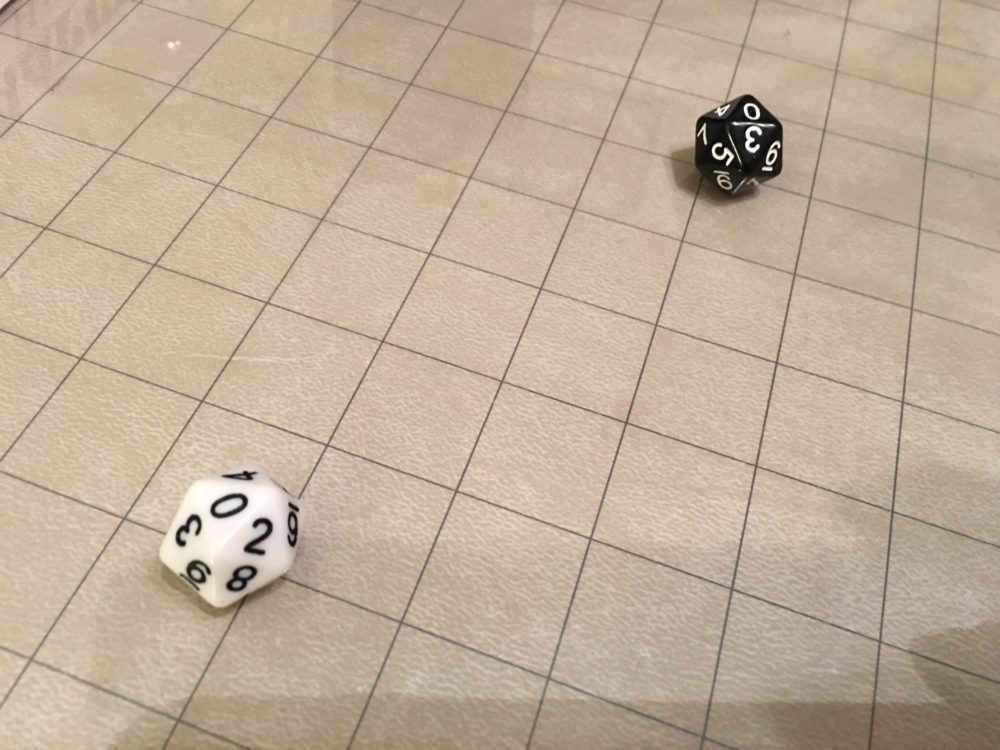