Redmark Session 27: Hagagigak and Her T-Rex

Akamu, a jungle walker, joins our intrepid heroes as they begin their journey to find the Rock’s nest and the infamous White Buffalo. Looking out at the mountain, Ghost Dance and Quintos decide to fly up the mountain using Ghost’s spell, in hopes that they can retrieve several items that the party are hopeful are present. Marcus and Akamu prepare to mimic animal sounds to distract the Rock in case Quitos and Ghost Dancer are vulnerable. Upon landing on the top of the mountain near the Rock’s nest, Quintos and Ghost both use their magics to go invisible. Quintos notes a bottle of whiskey and a few notable features of a man that he has heard tale of whose body is in this gigantic bird’s nest, but can recall nothing specific. Nerio, Quintos’ reliable familiar, notifies the duo of danger and our heroes sprint and jump off of the top of the mountain (nearly 1.5 miles high).

The Rock, having noticed an odor that was off in its nest, begins to search the area. After making noises to distract the great bird, Akamu and Marcus are discovered and attempt to flee the clearing and make for the tree line. Akamu stumbles and is scrambling for safety when Marcus, in a moment of clarity and brilliance, casts Banishment on the great best – sending it away for 60 seconds. Ivamel, deciding to be useful, spots a cave on the mountainside and the trio on the ground scramble toward the hole in order to reach safety before the Rock returns. Inside the cave Marcus gets a premonition from Marsssh that there is certain evil nearby in the cave.

Quintos and Ghost Dancer make their way down the mountain and just reach the inner sanctum of the cave before the Rock reappears and begins frantically tearing up trees and brush to find those that have disrupted its nest. The party of 6 decide to head toward the mountain shown in the map that Quintos recovered from the nest. After some tracking and climbing through muck, mire, and dried out plains the party happens upon a village protected by a fence that backs itself into a large cave.

Slowly, Akamu and Marcus decide to approach the village. From the tree line, the party can see a few people moving inside the walls and all take precautions, preparing for possible battle. As the pair nears the village a witch of some kind yells out and speaks some commands in a seemingly primordial language. A rumbling starts, but the party has other things to worry about as two other sorcerous villains begin to cast spells their way. Ivamel fires arrow after arrow and Quintos blasts with eldtritch power, both picking off enemies from a distance. Akuma and Marcus freeze in their tracks as a giant lizard appears and storms toward the party. Ghost Dancer casts spell after spell at the creature and those protected behind the walls of the village. After dispatching with the shamen, the party turns its focus on the giant short-armed lizard creature. Quintos places a Hex on the creature, Marcus bestows a curse from Mars, and Ivamel strikes so furiously that the giant creature becomes frightened. After only a few seconds, the beast is destroyed. Adrenaline still flowing the party turns its fury onto the witch who had tucked herself into the cave beyond the village. A few strikes from swords, arrows, and magics subdue the woman and she is defeated. 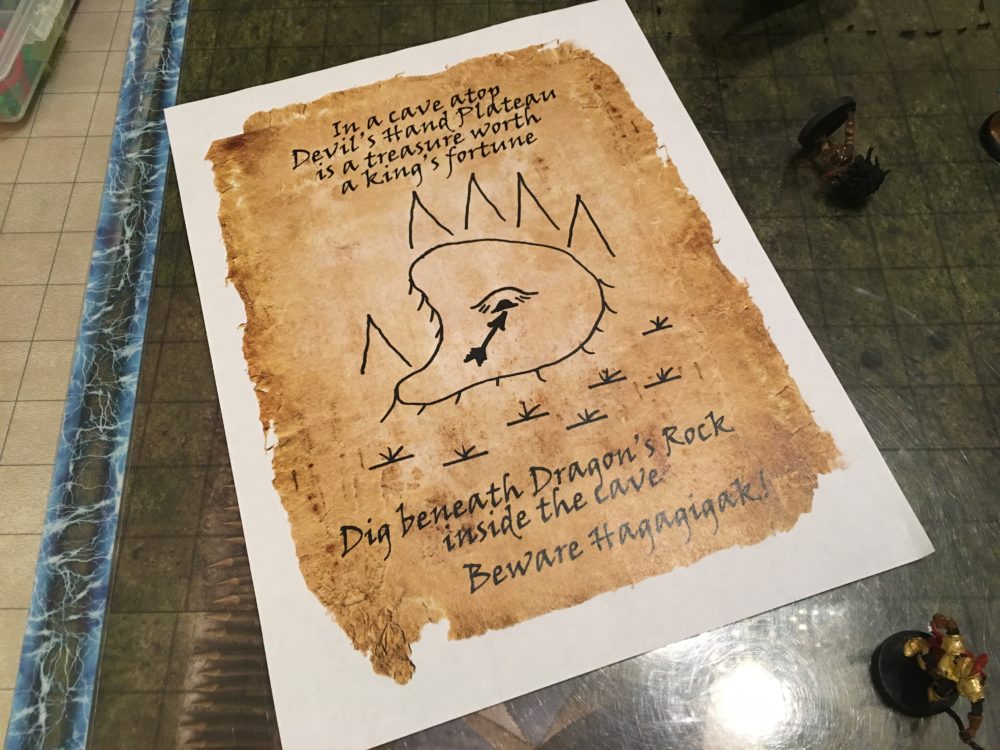 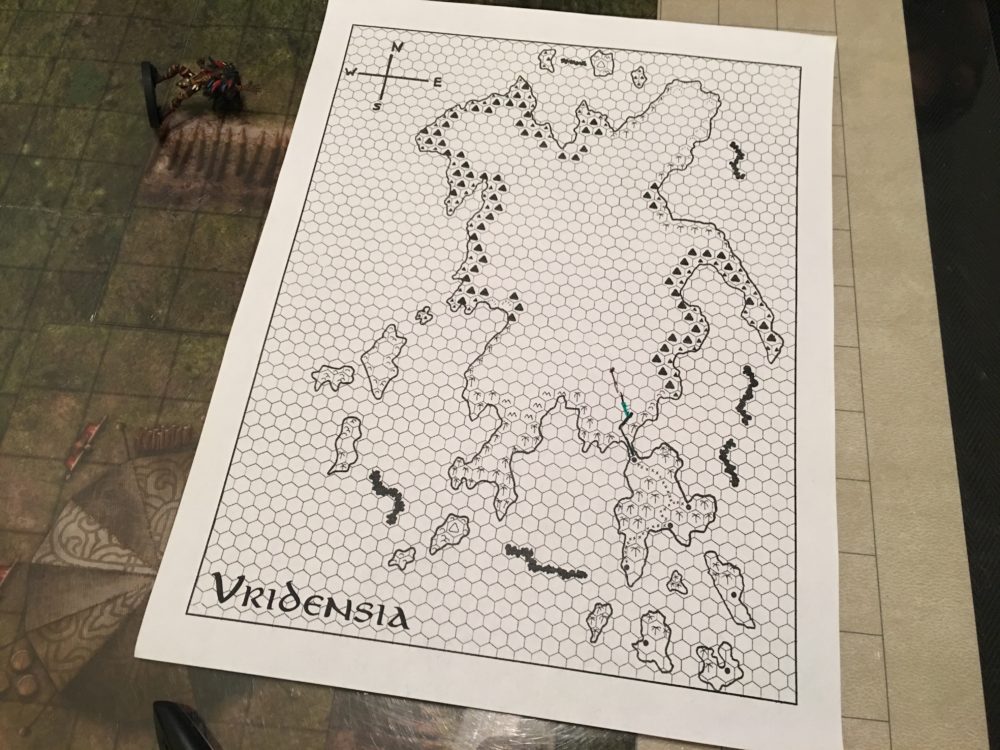 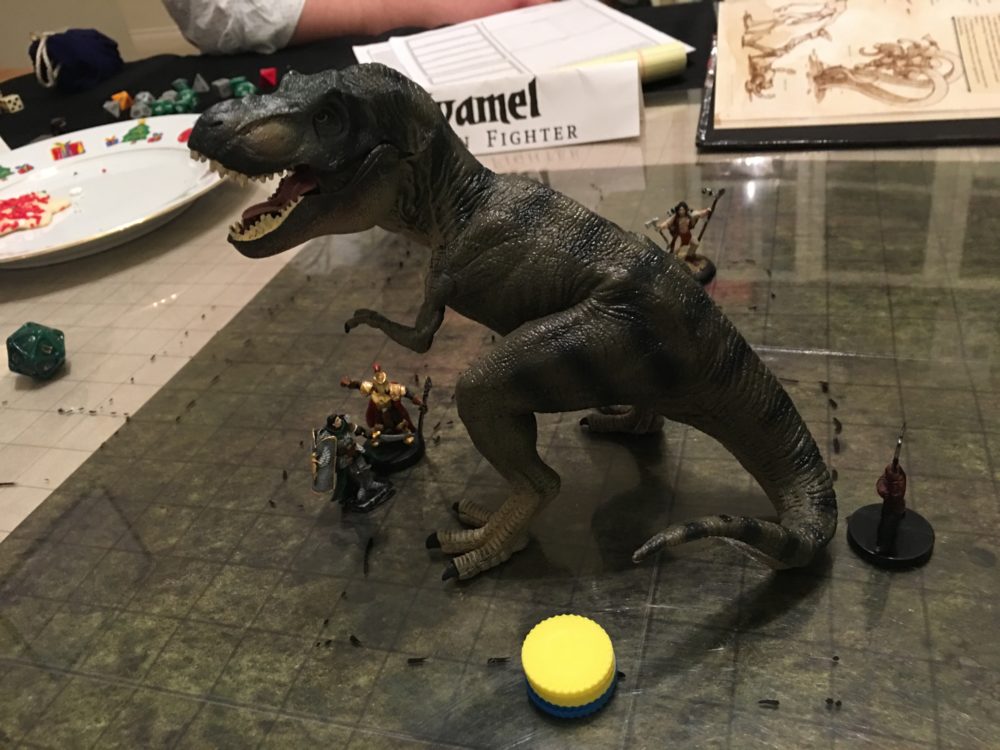 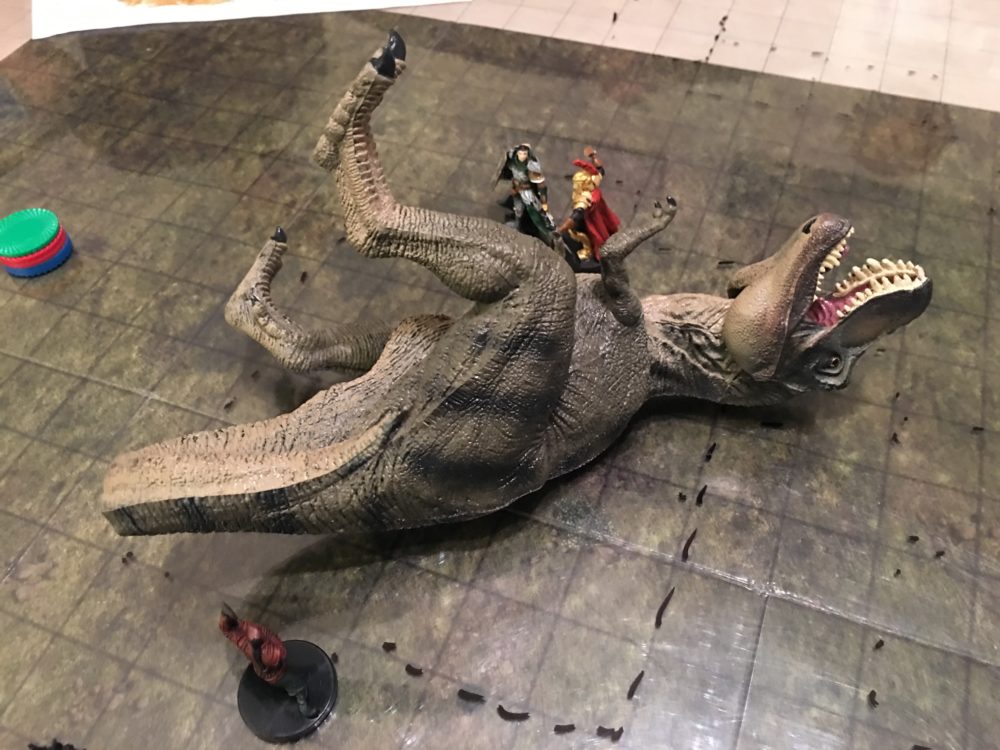 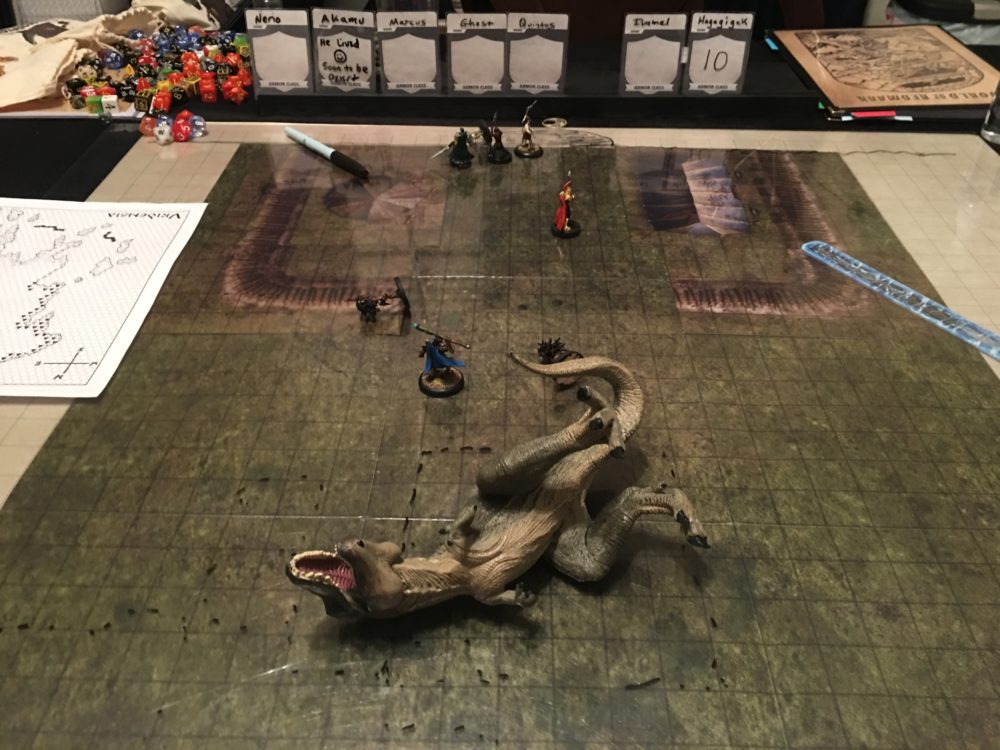 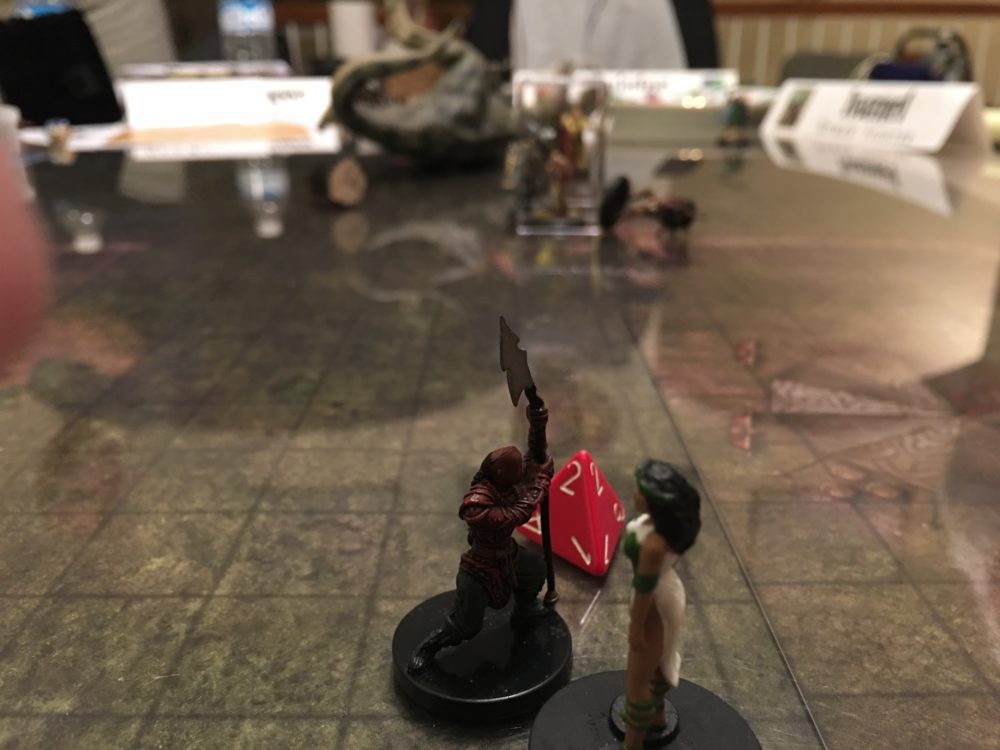