Hashar the Bugbear may be a black-hearted minion of evil, but he’s good to have on your team when you need a magically locked door busted open or an enemy’s body desecrated. More on that later.

Lundie and Ghost Dancer returned to basecamp from their errands, and Marcus sought to commune with Mars at the Temple of the Lots in preparation for the trials that lay ahead.

Ghost Dancer shared with the group some rumors he heard in Nimroth. First, living southwest of Nimroth are a pack of wolves that are supposedly the pets of an evil giant. (With any luck, Marcus can hire him, too.) Second, people say that there is a ruined castle on top of Bone Hill.

The source also said that the ruined castle was uninhabited.

And, that beneath the castle ruins, a lost treasure waits to be claimed.

The jury’s still out on that one.

Finally, Ghost Dancer shared that he had been to see Sister Sophia at her convent, and had asked her to try to get word to the elf, Arilon, that the party would like to speak with him. 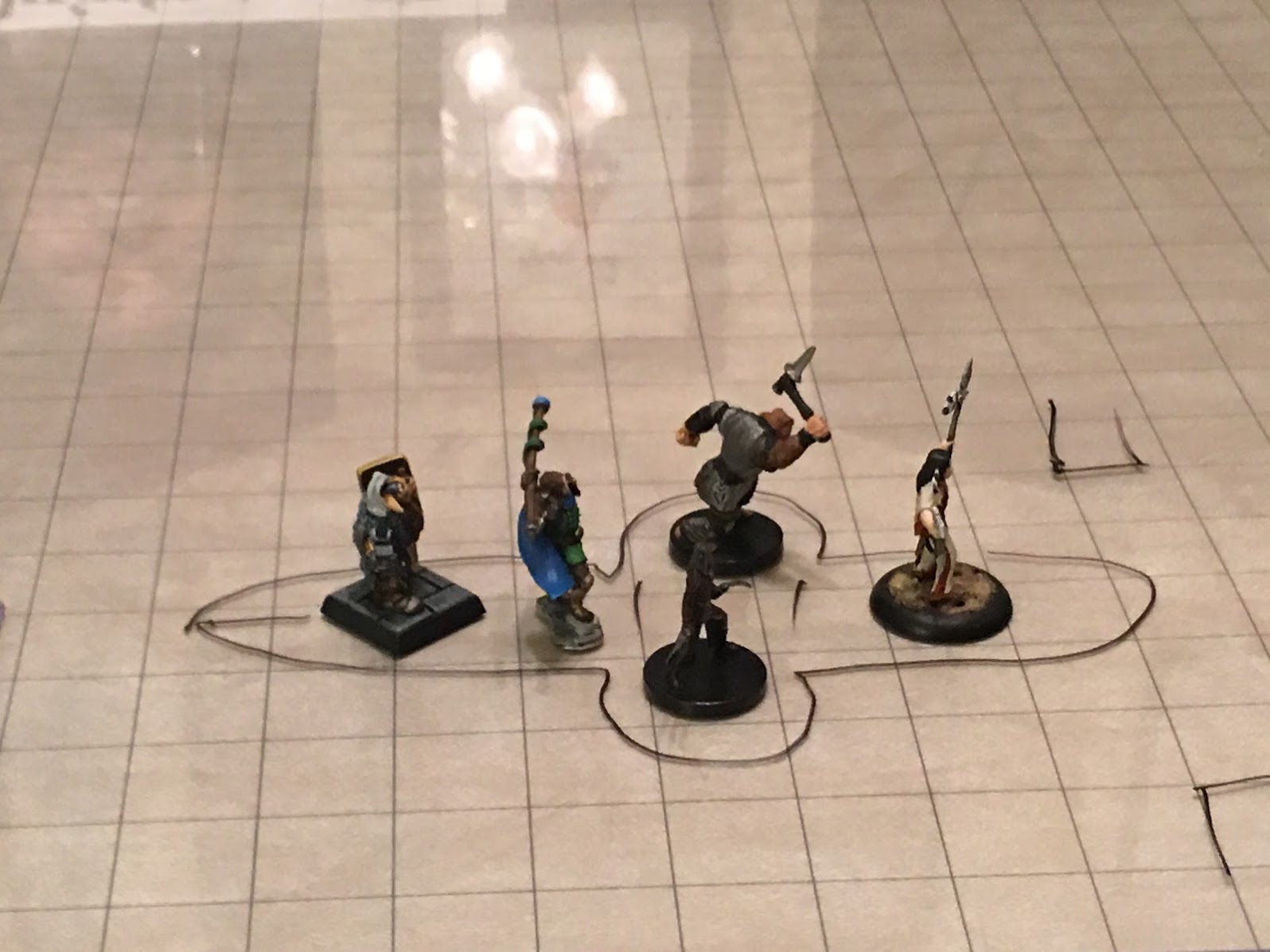 Back in game, our Freudian formation went up the stairs, discovering a hallway filled with doors. Most of the rooms were empty, and two of the doors were magically locked. Hashar, however, gleefully busted down each door.

Inside one room, a treasure trove of books about the magic arts. Quintos seemed to love the tomes more than the ladies. Frankly, how he caressed and stroked each book made everyone a bit uncomfortable.

In another room, the adventurers found a potion mixing lab. In addition to a spell book sitting on the table, there were eight vials of mystery potions. Daring, brave volunteers from the party each took tiny sips to discern the nature of the potions. Ghost Dancer tried two, Ivamel three, Lundie one, and Quintos one.

There were two potions of superior healing, a potion of heroism, a potion of growth, a potion of animal friendship, two potions that will remain a mystery until someone takes a full dose but they seem cool. And then, of course, there was the potion of age regression. Quintos got that one. Before our very eyes, he morphed from 21 to 16, got acne, and got in trouble for having a messy room. Adolescents are so hard to work with.

The last room on the floor was the bedroom of a very vain Magician named Telvar.

This guy. I mean, who hangs a giant painting of himself over his bed?

Of course, behind the painting in a secret compartment was a bag of gems that Quintos discovered.

At ladder led to a trapdoor in the ceiling, but the trapdoor was bolted shot. Hashar tried to bust through but was foiled. Lundie and Quintos both climbed to the door and tried to force it open. All eyes of the party were on them—and away from the window behind them where the vain magician hovered into view and surprised the heroes with a fireball that scorched Hashar, Ghost Dancer, and Lundie for 28 points of damage. The agile reactions of Ghost Dancer and Hashar spared them from half that damage. Lundie’s stout constitution saved him from sure death as he bore the full brunt of the blast.

The party rebounded quickly, pummeling Telvar with spells and weapons. With Ivamel’s hit, the magician tried to hover away from the window and ready another fireball. But in his haste to retreat, he opened himself up to an opportunity attack by Ivamel.

Ivamel hit him! The blow, however, didn’t kill Telvar. The party was sad. 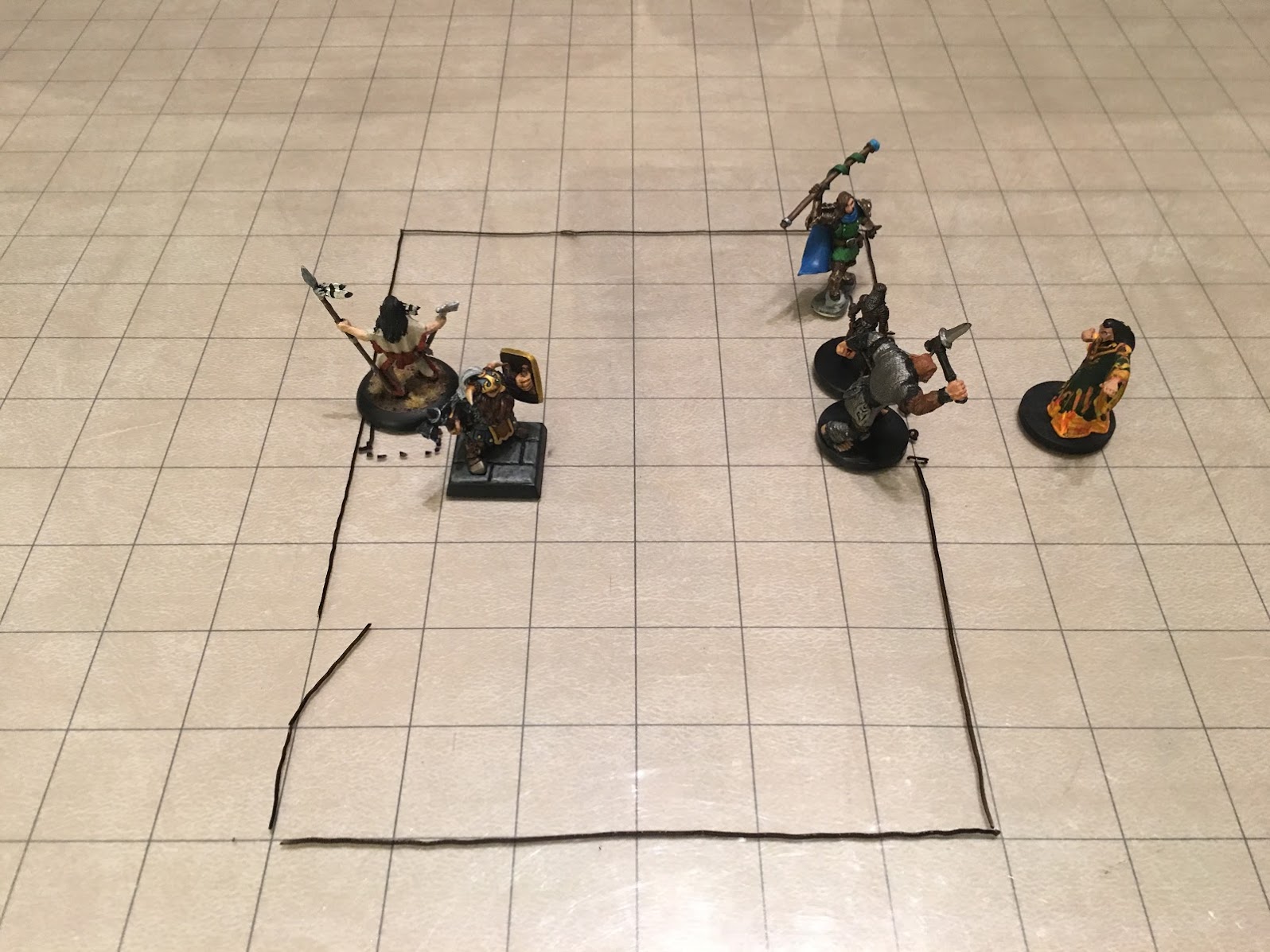 The blow, on the other hand, did break Telvar’s concentration, which suddenly terminated his flying spell. And that was when Telvar the vain Magician dropped from sight and plummeted to his death several stories below. The party was happy!

The group plundered his magical robe, a powerful item from the Second Age, for Marcus. The group also prevented Hashar from desecrating the magician’s body. High on victory, the adventurers decided to bust through the barred door on the first floor.

Quintos used his cantrip to bludgeon the door open. Behind it was a room with stairs going down into the dank dark. Halfway down the stairs, Ghost Dancer stopped the group and said, “I can hear what sounds like the undead moaning and shambling down there. Either that, or the stirge-jerky I ate at breakfast isn’t reacting well with my tummy.”

What will happen next? What terrors await the party in the catacombs beneath Bone Hill? Is the rumor true—is there really a great treasure below the ruined castle? Or is the only reward waiting for our heroes…certain death?