Stealing up on the castle at Bone Hill, the heroes found themselves ambushed, much in the way they had ambushed the Bugbear patrols the day before. Due to some great alertness, the heroes were not caught flatfooted, and prevailed over their enemies, largely due to the incomparable heartiness of the halfling barbarian Ragnor taking a beating from the bugbear chieftain. Hashar fell in battle but later recovered, but he still smarts from the taunting his former bugbear allies had in calling him ‘Traitor!’ during the battle. 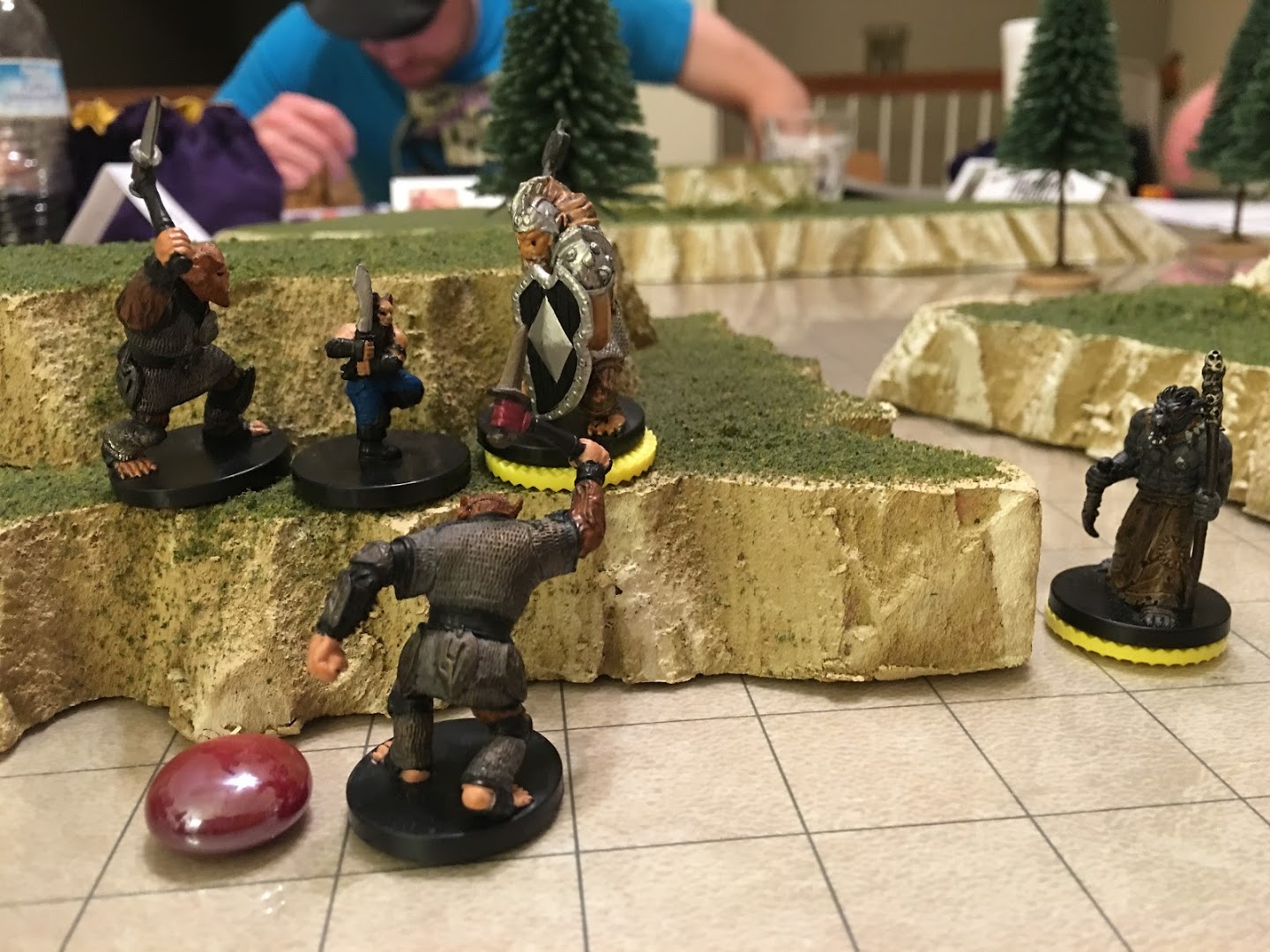