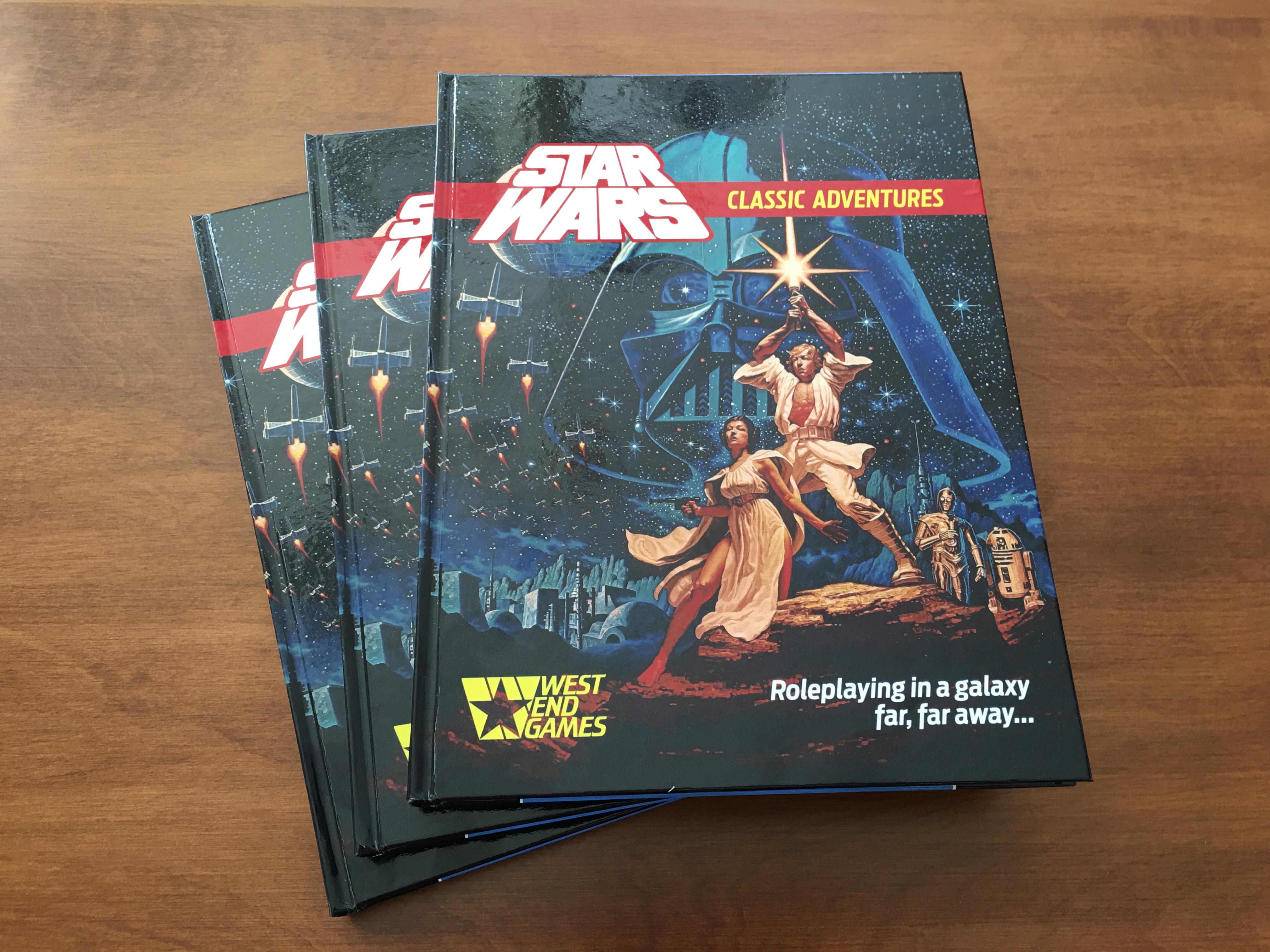 Wanted to jot down my thoughts about a potential future shared RPG campaign technique using the Star Wars setting. Helping some folks on the d6 community form an Organized Play group (since I used to manage the D&D regional organized play) so these thoughts are in my mind.

In a nutshell, we’d have episodic games set in the Rebellion era, where we’d rotate GMs and have our characters go on Military missions but return to homebase afterwards. Perhaps we could have GMs own specific story threads or NPCs. Games could be played in a variety of contexts (Saturday Nights, Ragnarok Saturdays, one-shot events, etc.).

ARTICLE 1: Adventure Premise — Players play characters who are members of the Rebellion during the time period between Episodes IV and V. Characters are not Jedi, but may potentially be Force sensitive. As members of the Rebel Alliance, you are stationed out of a secret headquarters in the Arkanis sector. From your home base you join other members of the Rebel Alliance to go on adventures assigned to you from the Rebel leadership. Adventures are self-contained and take place over a game session of about 3-4 hours. After the adventure is over, you return to home base and await orders for your next mission. Each mission may be with a different set of characters.

We may optionally have seasons, with the first season or two being in the age of Rebellion, and perhaps season 3 being set during the latest trilogy or in the Old Republic.

ARTICLE 2: Dynamic Games — Players may move freely between games run by different gamemasters and may transport their character to any game participating in SWd6OP. Games can be run in person or online via virtual tabletops like Roll20.net.

ARTICLE 3: System Choice — Players must build characters according to West End Games’ “Star Wars: The Roleplaying Game” 1st edition with errata. Gamemasters can choose to use any rules from 2nd Edition, 2nd Ed. R&E, 2nd Ed. REUP, or retroclone so long as they disclosure the specific rules they are using that are different from 1st Edition.

ARTICLE 4: Character Types — Characters can be flawed but fundamentally must be heroic and do good on behalf of the Rebel Alliance. Characters are built according to standard character creation rules.

ARTICLE 5: Skill Points & Character Advancement — Characters should start each game with 5 Skill Points (aka Character Points). Characters may spend unused Skill Points after games to improve their characters as described in 1e. Players must log their experience and be prepared to show new gamemasters their past history of play and Skill Point rewards.

ARTICLE 6: Character Death — Characters can die. After a character dies, the player must create a new character which can join in that game or in the next game, at the GM’s discretion. New characters start with zero experience.

ARTICLE 7: Multiple Characters — Players can have multiple characters, but each character earns their own Skill Points; they cannot be transferred between characters.

ARTICLE 8: Gear & Expenses — As members of the Rebel Alliance, your gamemaster will assign you an amount of funds to spend on mission-specific needs such as bribes or equipment. The Rebel Alliance will pay for your room and board and reasonable expenses. Any surplus goods such as stolen spaceships or credits acquired from military operations goes back to the Rebel Alliance, not the player’s pockets.

ARTICLE 9: Tracking Advancement — We will use the honor system, but in order to ensure players are tracking their character points correctly, we will track advancement using a form which dumps date into a shared Google Spreadsheet.

ARTICLE 10: Giving Back as a Gamemaster — Part of what makes Star Wars d6 Organized Play fun is giving everyone a chance to play. We’ll make that happen in part by having players step up to run occasional games. Although there is no specific requirement, have as a goal to run 1 game for each 4 games that you play in. This way everyone can play as much as they want, without limiting games by lack of gamemasters who are willing to only run games.

ARTICLE 11: Adventure Guidelines — Gamemasters should use 1) modified classic adventures that make sense in the organized play environment, or 2) original adventures that are created and shared with the organized play gamemaster community. Adventures should be self-contained, run in 3-5 hours, adhere to Star Wars canon, and not introduce situations or outcomes that affect canon or disrupt other gamemaster’s storylines.

ARTICLE 12: Gamemaster Rewards — Gamemasters earn 5 Skill Points for each game they run which they can spend on characters which they play in future games.