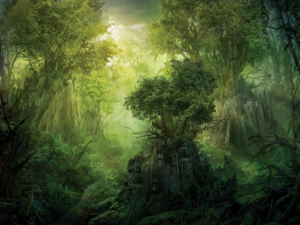 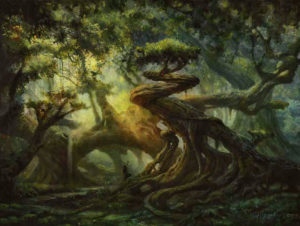 The Shiani and Hunting Blackbeard

Still grieving the loss of their friend, the Crew decided to bring Crow’s body to Maroa and allow the Atani to perform an appropriate funeral. Not only were their spirits weakened, everyone needed some downtime.

They arrived at Maroa and were let into the beautiful tree city without any delay. Their effort in saving the Elder Tree was not forgotten. However the the Atani people were dismayed to find their Shiani and hero deceased. Elderwind song was stricken but quickly prepared to perform Crows last task: The Melding with the Heartwood.

Windsong brought the Crew, Crows body, and the leaders of the city deep within the heart of the Great Tree and inside the cavern that held the Heartwood. Inside, the Crew was amazed to see it fully healed and radiating with power. Where these was once corruption, was healthy wood now  pulsing with beautiful green light.

The Heartwood rapidly grew a pedestal and Crows body was placed on its surface. Windson then lead the ceremony and spoke for Crow, of his life and bravery. The Crew then followed- regaling his heroism, quirks and stories of their adventures with him.

The seedpod Crow carried with him, now pulsed with Crows Shiani energy and had, since his death, sprouted into a seedling. Elder Windsong took a beautifully carved wooden dagger and cut into Crows body to expose his heart. He then placed the seedling and pod into the wound and stepped back.

Suddenly, enormous amounts of energy pulsed from the Elder Tree and flowed into Crows body. The seedling rapidly grew and within moments was a fully grown young Carroway tree. Crows body was lost in the tangle of roots as the tree rapidly grew. The entire Grove seemed to be both saddened and energized when their new friend joined them. A new Elder Tree was now growing and would soon join the interconnected network to make a new forest one day.

After several days the Crew decided it was time to find Blackbeard and end this part of their adventure. However before they left and old friend Tomas De Orinjo had finally caught up with them and asked to be part of the Crew. He was welcomed aboard and the Crew sailed south to find Blackbeard.

Rumons said Blackbeard was west of Perck and the Crew whether by luck or divine guidance managed to find Blackbeard’s ship, The Destroyer, without any delay. Sailing straight for the giant vessel the flag of parley flying high, they hoped for the best.

What will Blackbeard do? Will he shoot him on sight? Find out next time! 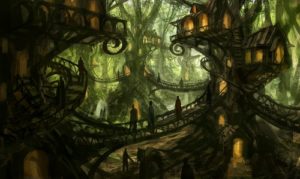 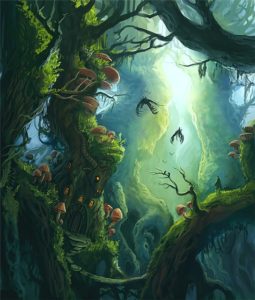