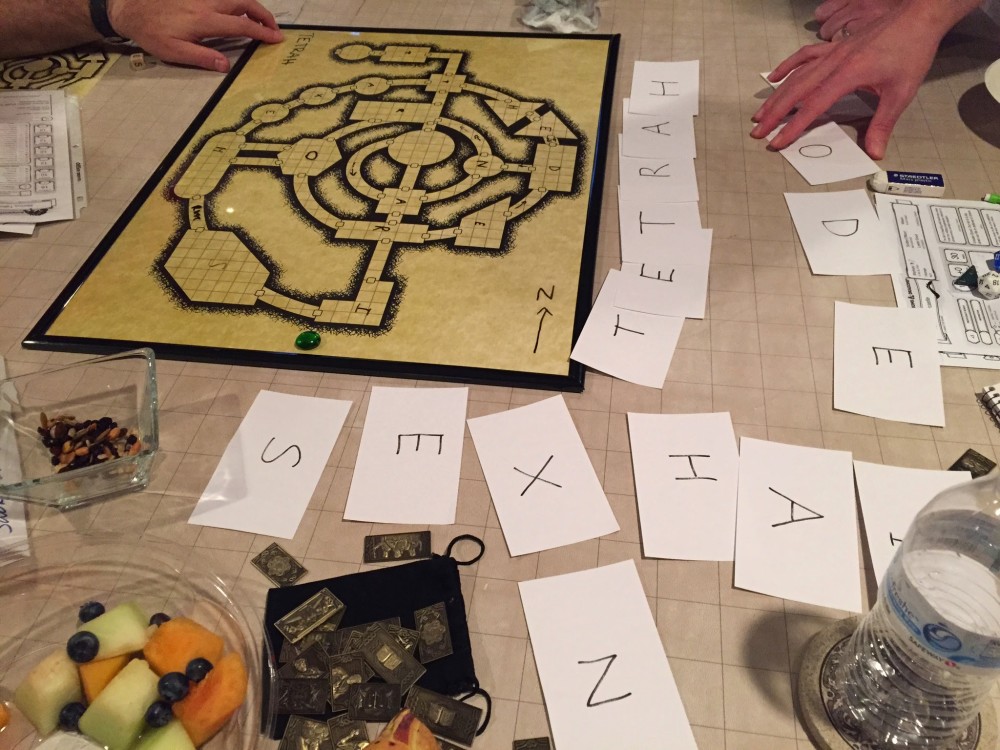 The intro to our game:

“Before you stands the ominous arches of a bewitched sanctuary, home of the Sorcerer Sulieman’s forbidden experiments. Time is of the essence: Harliss, the village chief’s son, is with you, anxious to save his beloved Layana from the vile experiments of the sorcerer who recently abducted her.

What dangers lie inside? The locals speak of a silver-furred wolf-man they killed only after his vicious talons had slain half the town. Purple, slimed abominations and three-eyed horrors have also been sighted loping through the night, escaped from the self-same sanctuary which lies before you.

You obtained crucial clues and a map from a half-mad peasant, but still, none have ever escaped alive from the sorcerer’s lair. Can you solve the mysteries of the sanctuary and survive to rescue Layana from the clutches of the Sorcerer Sulieman?”

We played Level 7 characters. Next time people play in a Legends of Redmark game the characters will be Level 8.