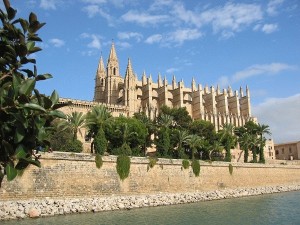 Recap:
The crew took some down time at Azy Cay. They revived the unciousous man to find out his name was James Low and just arrived to this world from Earth. He claims his merchant vessel was captured by cruel pirates and they set him adrift in the dingy and somehow he made it over to this side. After some rest and healing and decides to lay low in Azy Cay and offers to pay the crew who refuses. He pledges to return the favor one day.

While relaxing in the Shipwreck Surprise the crew is approached by a dual peg legged older pirate named Stumpy Pete. Old Stumpy tells them a tale of hidden treasure on an isolated islands in the far north in return for half of the booty. His old crew found the treasure years ago but unfortunately wrecked off the coast of Azy Cay leaving poor Stumpy with no means to reclaim it. The crew accepts his offer and set sail. While leaving they discover that Annie Mason wants to stay at Azy Cay under the protection of Azy herself.

The crew heads North hugging the coastline of Perck buying and selling merchandise in Swindon and then heading to Bristo. They don’t stay long in either city, just stopping long enough to buy and sell. With a ship full of lumber they head directly North to New Madrid.

On their voyage they run across an inspection blockade by none other than Admiral Duckworth. While finding their cargo legitimate he chastises Liam for not flying the proper flags nor vessel registration and fines the crew but lets them proceed. The ship makes it to New Madrid with no further delay and sells their cargo for a hefty profit.

Once in town Father Rodrigo attends mass and seeks an audience with the Cardinal Torres. He requests to re-establish his Jesuit Order in this world and the Cardinal declines. He is worried that there will be too much religious fervor which started the dreaded Spanish Inquisition on Earth. He admonished Father Rodrigo to be more open minded and inclusive of the locals and their faith, not something the Father takes happily

Meanwhile, Daxon learns of the New Madrid Fencing Academy lead by a dashing duelist Julio Ramirez. Seeking training he is challenged to a friendly competition by Julio and Daxson manages to best the master and earn his respect. Afterwards while talking with Daxon, Julio is informed that one of his students, Noez, has vowed the death of their rival school’s master Martinez and is heading to his school. Julio requests that the crew try to catch up with Noez while he gathers the rest of his students to help.

The crew takes off in a back alley chase to catch Noez and barely catch him in time before he invades the rival school and starts a deadly fight. Unfortunately Noez does not know any of the crew and immediately begins to attack them with the help of his two friends. After a bitter battle in the streets the crew manages to put down Noez using non-lethal means and stop the violence.
Ramirez is very grateful and offers heavily discounted training to the heros as a reward(one dice type in Fighting).

Well we have picked up another straggler. Not much came of the last one, but the allegedly retired pirate Stumpy Pete might hold more in store for our crew than we have bargained for. To be sure, he tells a good tale of unimaginable lost treasure, but did we get the whole of it?

Certainly there is plenty of riches to be had out there if you know where to look, and the Whips are a likely place. But he is the only one who knows of this hidden king’s ransom? And he offers half the prize to a crew who just walked in the door if we but take him to it? What more would we find besides treasure?

Liam, of course, is all in. I have done my best to find any corroboration, but how can I go about sussing any details without letting the fish out the net? Needless to say, we have thrown caution to the wind in favor of unimaginable riches. Quite par for the course really – I am pretty sure that means the normal, Liam says it comes from a gentlemen’s game in his homeland. Someday we will play this game and be the gentlemen of Caribdus. Won’t that be the day.

Despite my misgivings, we have had the winds at our back and clear seas ahead. The wind mage has sped our journey and we have had a good run of success in trading legal goods, just right, since we were boarded by the Admiral Nelson Duckworth in all his imminence. We escaped with a small fine, but who gives this visitor the right to tell a Caribdun what flag he should fly? These privateers, they are no better than pirates, as if their precious marque gives them absolute power. Nevertheless we were not hindered in completing our journey to New Madrid.

I am excited to become a pupil of master Julio Ramirez at his renowned fencing academy. I have acquitted myself well in his eyes. My father would be proud of me. Even more he would be proud that Captain Liam has named me First Mate of the Jonas. I have much to learn about running a ship from him. I will do my best to help him navigate this world to which he is a visitor. And I will not set his ship on fire.

This week, I am reminded of the parable of the Faithful Servant:

“Let your waist be dressed and your lamps burning. Be like men watching for their lord, when he returns from the marriage feast; that, when he comes and knocks, they may immediately open to him. Blessed are those servants, whom the lord will find watching when he comes. Most certainly I tell you, that he will dress himself, and make them recline, and will come and serve them. They will be blessed if he comes in the second or third watch, and finds them so. But know this, that if the master of the house had known in what hour the thief was coming, he would have watched, and not allowed his house to be broken into. Therefore be ready also, for the Son of Man is coming in an hour that you don’t expect him.”
Peter said to him, “Lord, are you telling this parable to us, or to everybody?”
The Lord said, “Who then is the faithful and wise steward, whom his lord will set over his household, to give them their portion of food at the right times? Blessed is that servant whom his lord will find doing so when he comes. Truly I tell you, that he will set him over all that he has. But if that servant says in his heart, ‘My lord delays his coming,’ and begins to beat the menservants and the maidservants, and to eat and drink, and to be drunken, then the lord of that servant will come in a day when he isn’t expecting him, and in an hour that he doesn’t know, and will cut him in two, and place his portion with the unfaithful. That servant, who knew his lord’s will, and didn’t prepare, nor do what he wanted, will be beaten with many stripes, but he who didn’t know, and did things worthy of stripes, will be beaten with few stripes. To whomever much is given, of him will much be required; and to whom much was entrusted, of him more will be asked.
— Luke 12:35-48

I saw Nueva Madrid. I saw a pretty cathedral. I saw Bishop Iago Torres dressed in silk, while I smelled of fish and hemp. I saw no good works. No sick. No ministry. Just an empty house.

I asked the Bishop to confirm my Order, suspecting the answer. But I did not need his authority or confirmation. When I stood before His Excellency Pope Pius V some 16 years ago, he asked me what I would be if all my Order was slain, and I alone remained. I answered “I would be Jesuit.” And I am.

Things have gone rather well for us these past few weeks.  Azy Cay turned out to be a pleasant stop.  Azy and her crew seem to be making an honest go at building a respectable community on that island.  And it’s a good spot, if you ask me.  Nice weather, a beautiful beech, and it could serve well as a stopping point for trade vessels heading up the coast.  Annie liked it enough she decided to stay.  She was a pretty lass, but she doesn’t hold a candle to my Jane.  Oh, I miss her dearly.  Lord willing, I’ll she her again.  If not this life, then the next for sure.

While it was nice to relax on the beech a bit, it was rather dull.  Till I met a fella calling himself Stumpy Pete.  A bit on the nose with him wobbling about on two peg legs and all, but I’ll not judge the man for it.  He claimed to know the location of a hoard of treasure.  Daxson thinks the man’s off his head, but he’s always been a cautious one.  I took stumpy’s offer to split the treasure, anyway.  I’ve got no doubt we can handle what comes.  Besides, no adventure or true gain was ever had without risk.  Just look to the colonies for proof.

We had clear skies and strong winds all the way to New Madrid.  Some fantastic sailing that was.  If not for being stopped by the Admiral, it would have been a perfect voyage.  He wasn’t nearly as intimidating as rumor would claim.  Plenty pompous, but the admiralty usually is.

New Madrid is pretty much what I expected.  Very Spanish.  Very Catholic.  Our priest didn’t seem to happy about some meetin he had with a church official.  He kept his head, though.  Of all people, Daxson was the one to find us a bit a trouble.  He had us chasing some hot headed youth we didn’t know from Adam through the streets.  Nearly got himself killed in the process.  And this happens shortly after I make him First Mate.  I guess even the cautious of us can be reckless at times.  I didn’t know he had it in him, to be honest.  This little event was a prime example of the no gain without risk, however.  Some sword master is giving us lessons for practically no cost thanks to our efforts.  Hmm.  I’ll have to be sure to point that out to Daxson.