I’ve been on the hunt for a ‘B’ game to have handy when my normal RPG game session doesn’t have enough players for quorum, or if the GM is having a bad day and isn’t feeling like running a game. Some of us aren’t that hip on board games (me included), and wargames seem like a nice option.

Skirmish games (with just a few individual ‘character’ miniatures for each player) would continue that RPG feel. After talking to our players a few times, and playing some wargames, I ended up with this criteria:

The above criteria rules out historical games which I otherwise love such as One-Hour Wargames by Neil Thomas.

After many weeks of researching, playing some games, reading through rules, and poking around on forums, I’ve come up with these contenders. At the end I’ll reveal my top pick!

Fistful of Lead — This is a nice, simple rule set which easily accommodates almost any number of players. It is decidedly a PvP game. They have a nice campaign which tells a story over several scenarios which is nice. Not sure we’d use the western minis for any RPG games.

Frostgrave — Great, well supported Fantasy skirmish game. We’ve played this a couple of times. 1st Edition had some unclear rules for some of the spells, but the good news is that 2nd Edition is out and supposedly fixes all those issues. There are even supplements (Frostgrave: Perilous Dark and Frostgrave: Dark Alchemy) which support co-op play and mini-campaigns. Minis and terrain would dovetail nicely with D&D. The scenarios are nice and ‘tell a story.’

Stargrave — Basically, Sci Fi Frostgrave! Written by the same author. Looks promising. Should be out in April, 2021. I might use 15mm for it though since I have a nice stock of sci fi minis in this size. They also have some great looking 28mm figures, but will be smaller than the Reaper minis which are ‘heroic’ and closer to 32mm. Not sure how co-op friendly this game will be.

A Billion Suns: Interstellar Fleet Battles — Starship battles! Out in February, 2021, these rules have promise! Although I have some homebrew starship rules I might prefer to use. Hopefully this game will have some nice scenarios which could be used regardless of system. Unlikely to support co-op.

Warfleets — A nice, fast-play starship game from OnePageRules.com. Although, I might prefer to use my own home-brew starship rules. Doesn’t support co-op.

Although we will still see starship wargames at my table since I do love them so, the other game which I’ll now discuss is the one game that fits all the criteria my players have asked for — Rangers of Shadow Deep! So popular that Modiphius is sold out (although they still have PDFs). I was able to get a leather deluxe cover version from Amazon; I expect they will be out of stock soon!

This is a fantasy wargame that is more like an RPG. It’s written by the same author as Frostgrave and shares many of the same core mechanics. But more to the point, it is built to be cooperatively played, shares minis and terrain with D&D, players have only a couple of figures and a hero they can ‘level up’, and ‘tells a story’ with that real RPG feel. The only downside is that it was originally an ‘indie game’ self published by the author, and even now that Modiphius did a deluxe edition, the art is still a bit sparse. But the reviews are amazing, and their Facebook group has over 7,000 members even though the game is not that old. This game has promise! 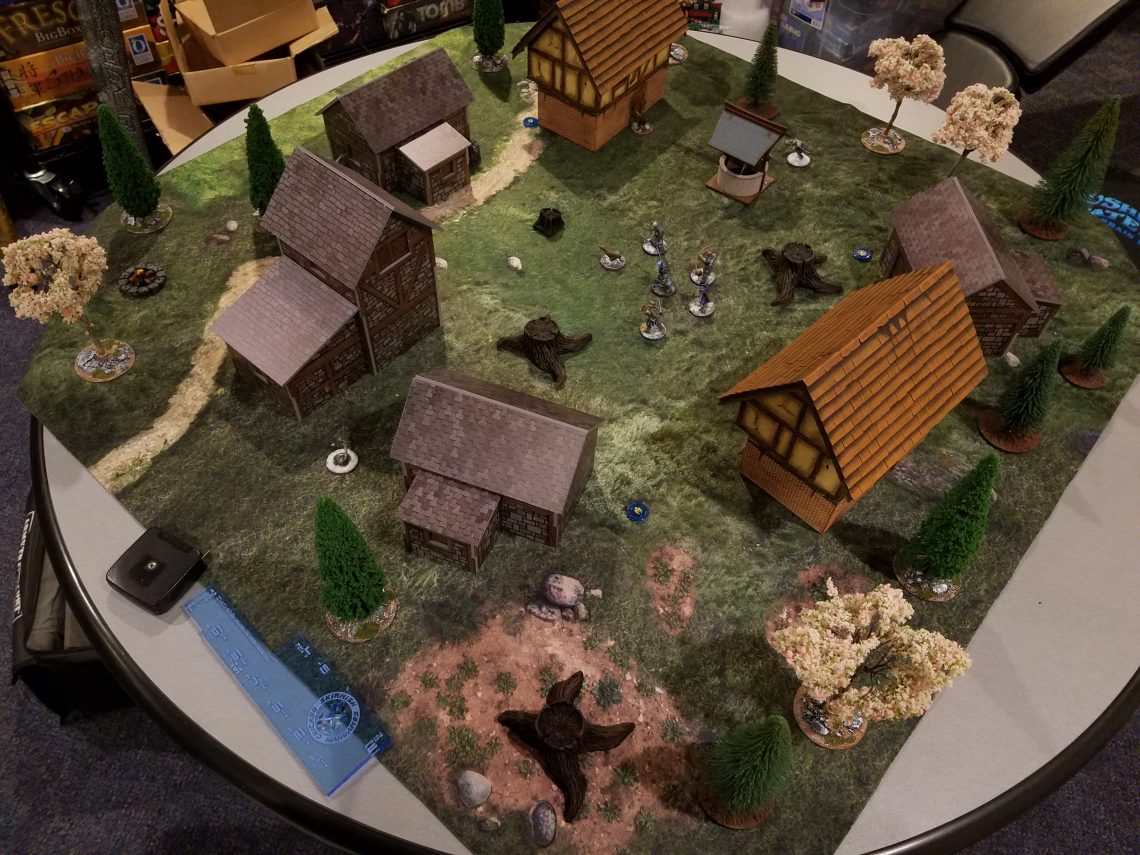 I’ll be chatting with my players about Rangers of Shadow Deep. Hopefully we can field a game post-COVID, or perhaps even earlier than that via Roll20.