On Aug. 4, Mason ran a great game of Traveller, a erstwhile one-shot that will segue into an ongoing ‘B’ campaign he is thinking of running.

It was an amazing game! We used 15mm miniatures and a ship map sized to 15mm scale. We also used some transparent templates which proved very useful for blast and movement measuring. 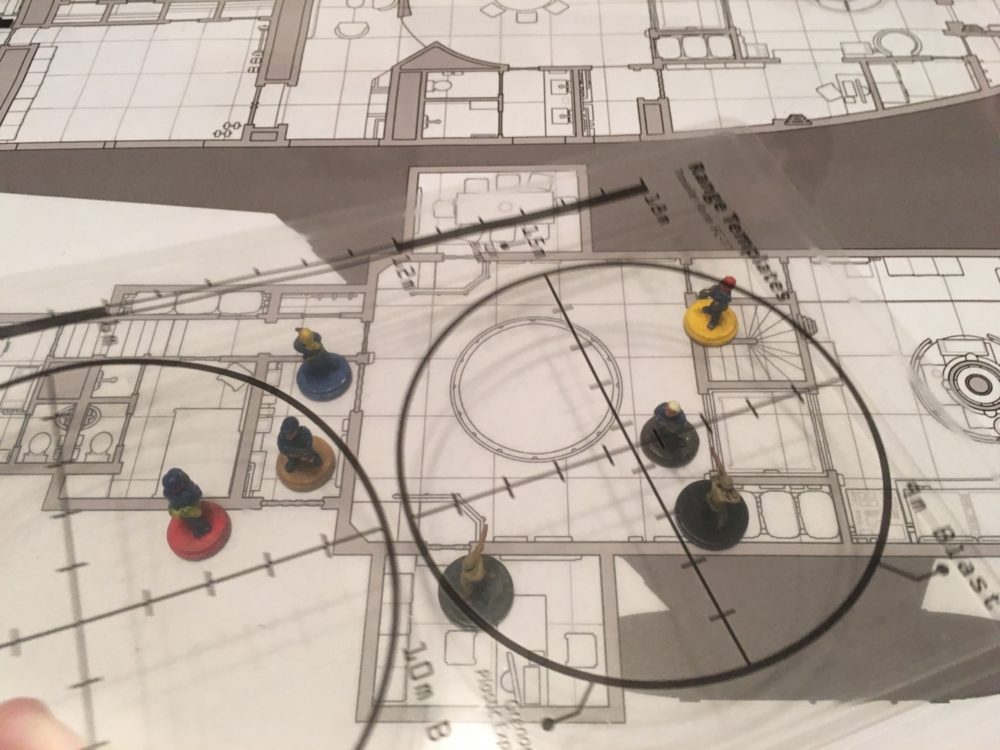 Rebels had stolen the INS (Imperial Navy Ship) Wolf and Orion. Our mission was to retake the Wolf.

Combat rounds were fast and furiuos — averaging about 6 minutes per combat round. We did discover that combat armor makes you nearly invincible if you only have laser carbines attacking. We’ll need to rethink our strategy (maybe using laser rifles with backpacks or something else) for any future battles with this amazingly tough armor! Our fight with Combat Armored opponents lasted 13 rounds and about an hour and 20 minutes. During that time we had tons of action though — folks diving for cover, using smoke grenades, multiple grappling attempts, knocking weapons out of hands, recovering weapons, throwing people around, hacking doors, intimidation and carousing, and negotiating with rebels who had started a self-destruct mechanism. It was great fun! 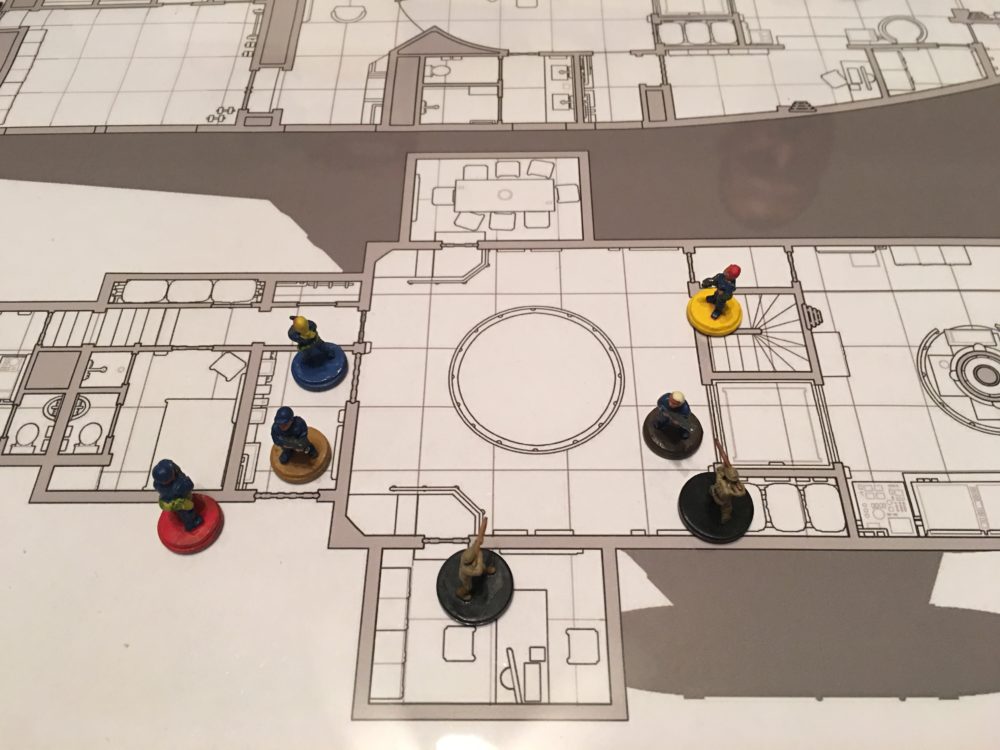