Leviathan Session 04: A Most Dangerous Game

The heroes are given a lead from Hedley Trump to run a high-paying safari trip. The tables are turned as the supposed naive big-game hunters are actually bent on hunting the most dangerous creature of all: the heroes themselves! Waking up after being drugged, the heroes have only a repulser field and a lone dagger and are on the run, being hunted by laser-pistol armed opponents. A breakthrough happens when the heroes find a way to convert their repulser field generator into an EMP which they use to temporarily level the playing field. In a gruesome melee battle with spears and daggers, the heroes finally prevail.

Now the heroes have plans to take the dead bodies to confront Hedley Trump, on whose office wall hangs a treasured Marine saber once belonging to Sgt. Major Prins’ family. What will happen next? 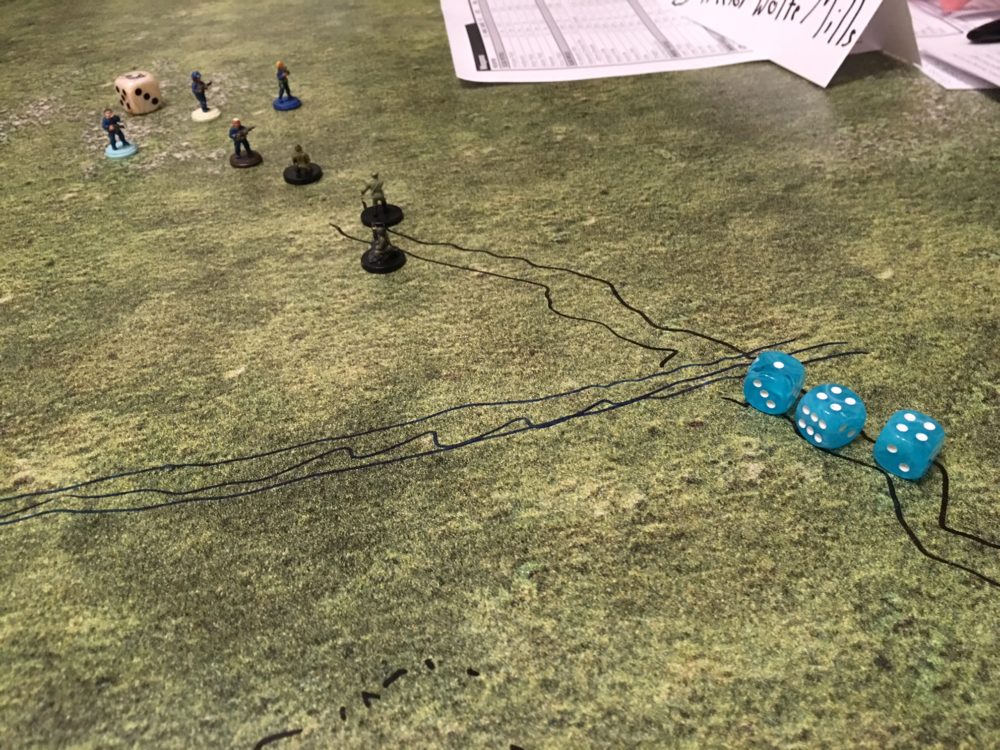