The heroes are tasked with hunting down a mega-rhino creature which doesn’t show on IR sensors. After camp setup and recon, they encountered it during the night. The extensible tail whip took John’s character and smashed him into a tree where the creature then proceeded to head-bash him. That left a headache! 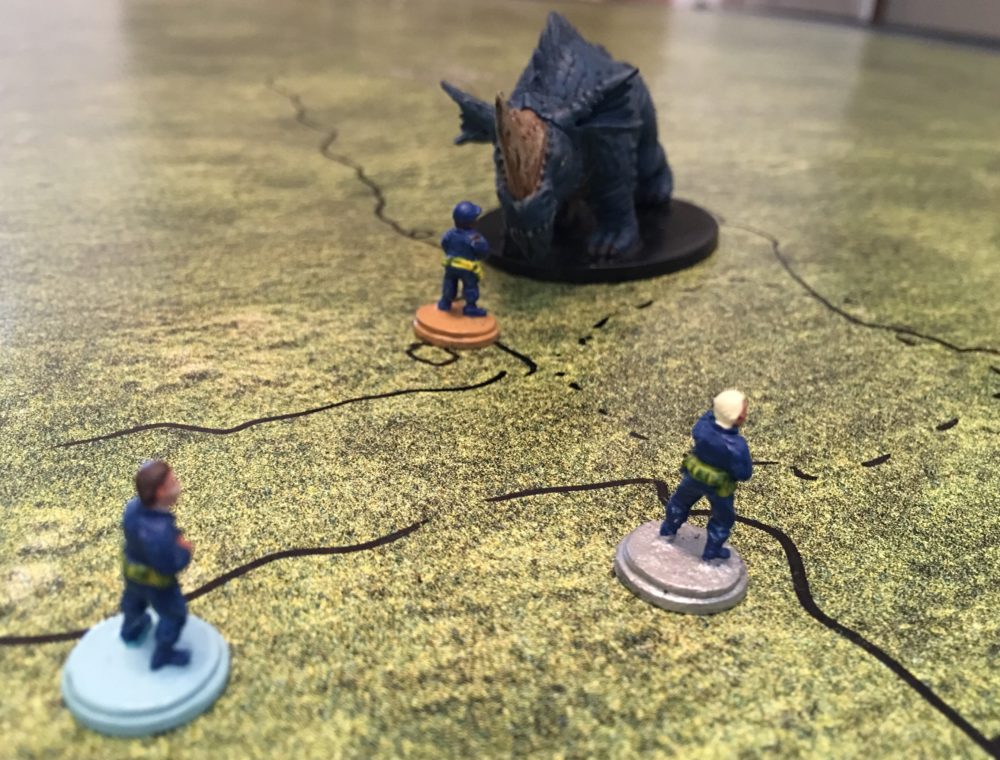 Between a Mega-Rhino and a Hard Place