Adventures in Drimkaz: No God But Dissolution

On July 13, 2022 we had our first foray into Redmark Organized Play using the Dungeon World rules. We are adventuring in the unexplored region of the Drimkaz Wastelands, east of the Welcant province in Redmark. 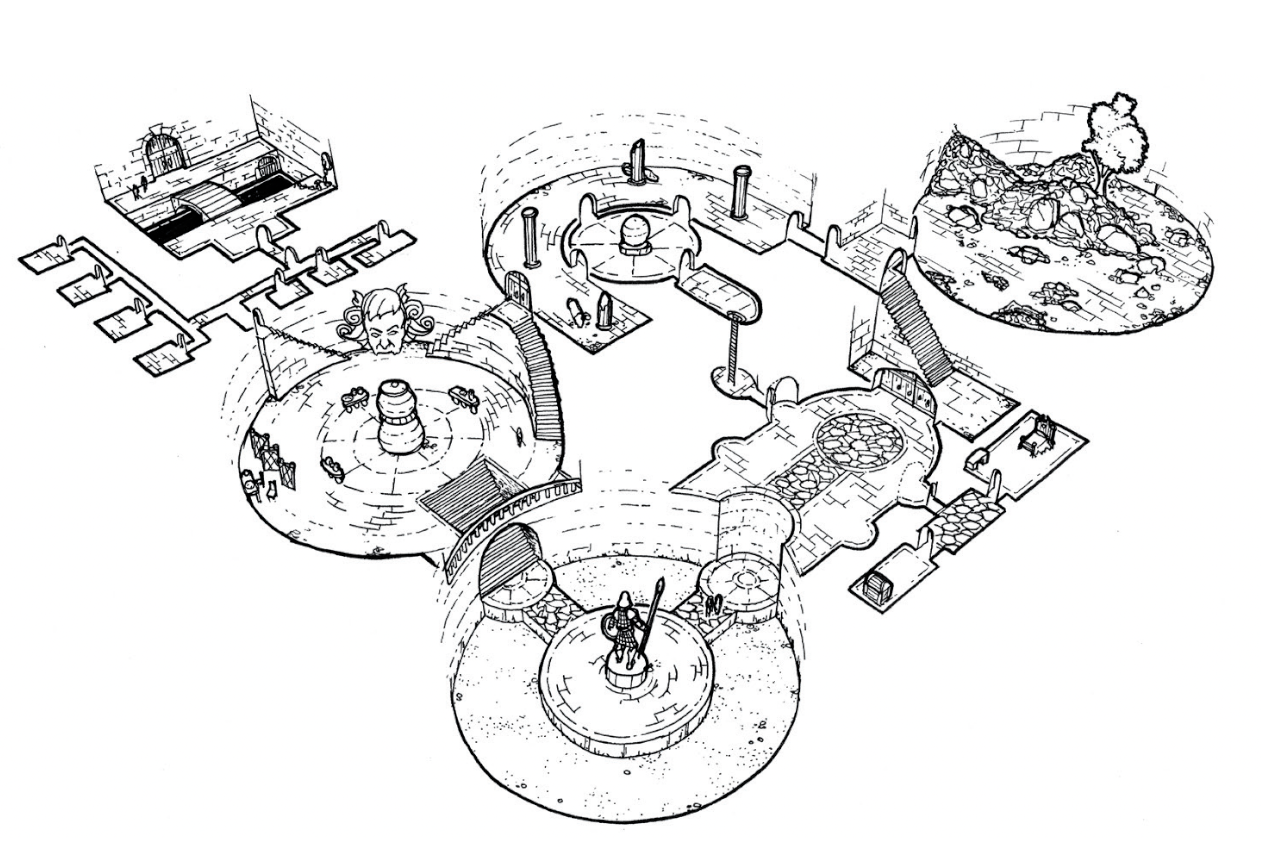 Stan ran “No God But Dissolution” (Trilemma Adventures p. 71) — A sealed tomb is packed with the remains of dead demigods. Skeletal gladiators and numerous dangers.

Found a cave that looked as if the entrance had been worked and carved.

Entered the cave and found a bridge across an apparently bottomless chasm. Gareth went across first with a rope, the bridge crumbling below him. We were able to secure the rope on both sides of the room over the chasm, allowing Folkar and Hawthorn to come across hand over hand on the rope.

Next, we found a room with a carved face on the wall (a Demigod from the First Age of Redmark) that was weeping real tears. Touching the tears caused Melancholy. The carven face was looking at a Canopic jar, which we determined held the heart of the Demigod. We destroyed the jar, releasing the heart, causing the carven face to stop crying and a tree to grow where the jar was. The tree then bloomed and fruited with giant cherries. We each ate one and gained 3XP. The inside of the jar was lined with gold, and we collected all that had not been covered by the tree. (gaining gold worth 75 coin each)

A second room off the first held a statue of another being like the one in the first room. There was also a space for a second statue, now bare, that faced the remaining statue. We were then attacked by skeletons that arose from the sand around the statue. We destroyed one, then Hawthorne banished the rest. The defeated skeleton dropped a Bronze scimitar, a Bronze shield, and a Bronze helmet, all possibly from the First Age. (sold for 15 coin)

At the top of some other stairs we found a room with heaped earth and a tree (underground!). When we entered the room, the entire cave complex started to tremble. We quickly continued exploring, going down some stairs, finding a T junction. At one end was a room with a chest with 150 coins (50 each) and at the other end of the hall there was a bedroom and the bed had magic blankets (1 ea.; worth 100 coin), which automatically made themselves.

As we continued exploring, the trembling became worse, so we headed out. On the way out Gareth collected some of the tears from the pool in front of the crying face and sprinkled them on the grave and the tree in the other room. This caused the trembling to subside slightly.

We went back to the entrance and had to cross the chasm again. Hawthorne nearly fell in, but at the last second was able to grab the edge, with help from Folkar. After exiting the cave the complex collapsed in on itself behind us. We then went back to Tell Qa to toast our success (and our not dying). 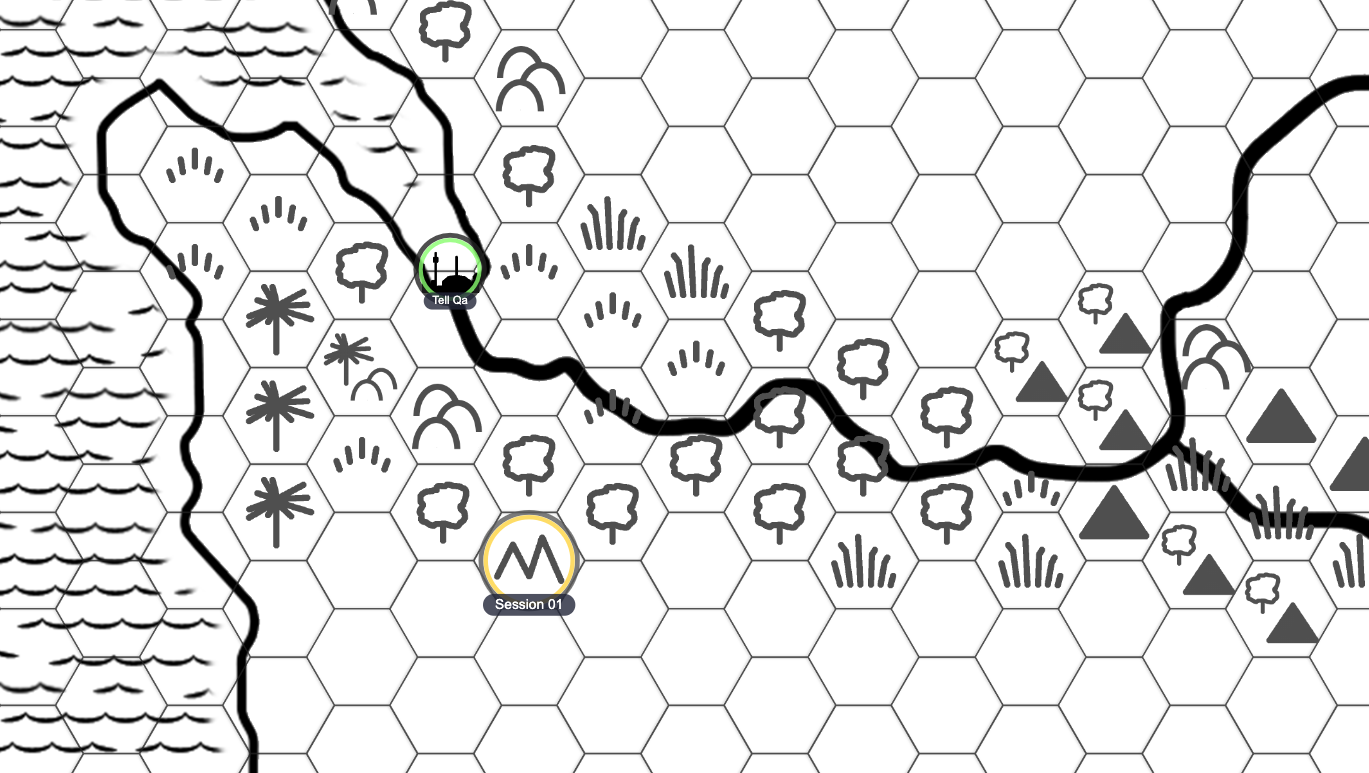