The Captive of Dardrin’s Deep 02: The Secret of Sky Elves 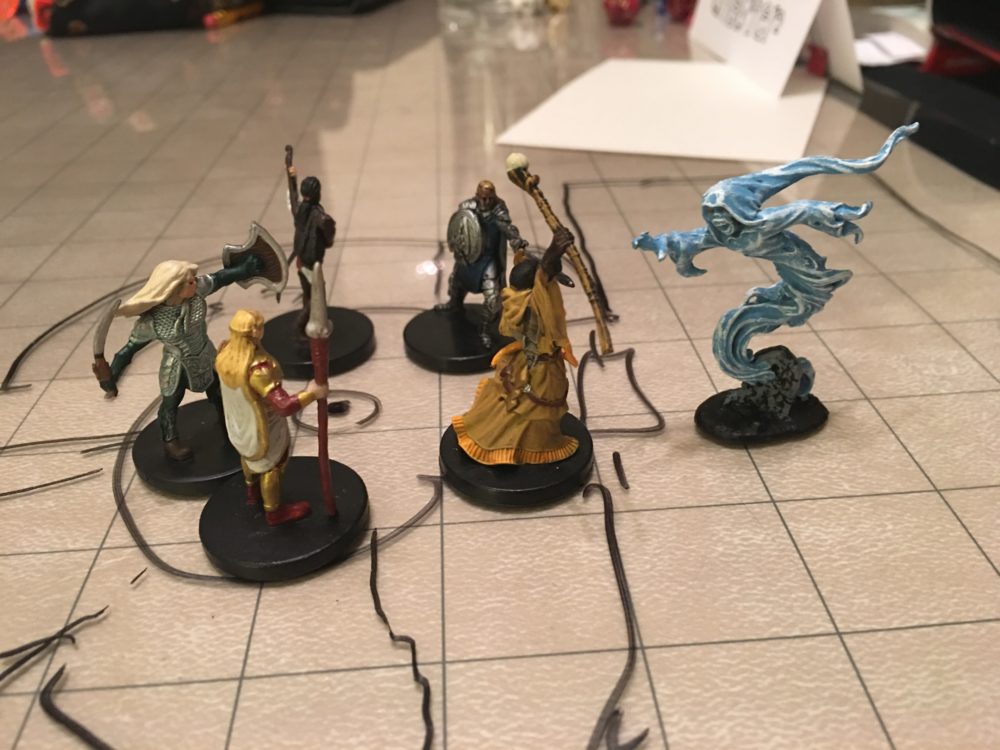 Had a great conclusion to the adventure! The heroes ventured into a subterranean shrine, had some interesting conversations with a giant Coy fish, and ended up fighting the ghost of the previous shrine-priest. See below for the map I never got around to showing you!

Final conflict took place in the valley of Dardrin’s Deep where it turns out taking the ring off the elf-maid was NOT what she wanted. It broke an enchantment she had placed to banish the Sky Elves to another dimension. Well, it all worked out in the end but not before the bard Chester showed up his rival 🙂