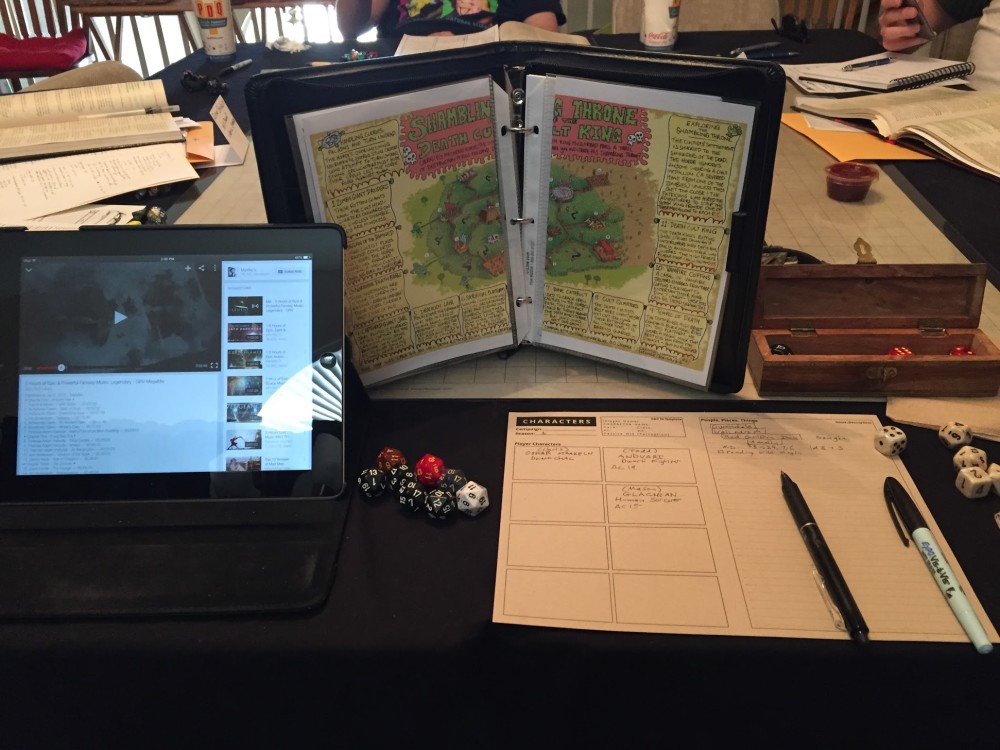 Quick recap of the ShinnCon V game. Here was the description:

You are about to settle in for a peaceful night at the Drunken Dragon Inn when Chaos strikes. Literally. A local cultist bursts in and demands tribute to the Chaos God, whose death horde swiftly approaches. Rumored to command a legion of undead, the Death King Nulgarbad paves a trail of destruction across the land. Dare you infiltrate the death trap of his shambling throne?

This was truly one of the most memorable games I’ve run. I had several TPK-capable creatures including an undead dragon go after the players. (un?)Fortunately the players were way to cunning for my big bad guys — turns out if you can ally with a 90 foot giant and have him lob half-filled barrels of Holy Water, you can do over 2,000 Hit Points of damage vs. the undead with one shot [yes, we did the math]  🙂

So much XP was had (literally thousands of monsters died in the aftermath) that the players advanced TWO levels and will be level 10 next game!