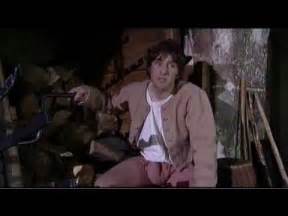 “Boy, bring me more wine!” “Boy, bring me more mutton chops!” If I heard that once I heard it a thousand times. I didn’t know my father, and my mother died in childbirth, god rest her soul. I’m told she worked in the kitchens, and evidently I was born to spend my life replacing her in the kitchens. Still, it could have been worse. There were many children in Dorn who were much worse off than me, begging in the streets, down by the docks hoping for fish from one of the fishing boats. Or worse yet.

And I was never beaten. Other kitchen boys were beaten, but never me. The ladies said the Duke had ordered that I should never be beaten. I wonder why. Some said that it was because I looked like his son, Leopold. A LOT like Leopold. Some snickered, but I didn’t catch why at the time. All I know is that I didn’t walk around with the bruises that the other kitchen boys and girls did.

But I’d rather have been beaten, to tell the truth. The Duchess Catherine was especially mean to me. She went out of her way to have me do the filthiest tasks, the hardest tasks, the longest tasks. No one would ever explain why she was so mean. And her son Leopold was a spineless dandy. He enjoyed being mean also, took after his mother. That treatment got me some sympathy with the other kitchen workers.

Then one day, about a year ago, the Orcs came. They were said to be raiding up and down the coast, looking for some sort of stone. I didn’t care. It upset my routine and made everyone on edge. By now, at 18, I was a man, but everyone still called me Boy. I sure didn’t like that. I remember Leopold dressing in armor, with a sword in hand, and I thought that he was just asking to be killed. He wasn’t a fighter, not like me. He had all these notions about honor, and chivalry, where as the kitchens and the castle ruffians had taught me that the winner got to say he was honorable. So win any way you could, and tell everyone later that you were honorable. Since the other guy wouldn’t be around to dispute it, who would know.

Leopold would sometimes train in sword fighting with me, since we were the same height and build. One time I made the mistake of winning, and he flew into a rage. I cleaned the latrines for a week. I never won again. That made Leopold very happy.

When Duke Archibald’s men rode out to meet the Orc Sea Raiders, the castle was too quiet. We waited and waited, hoping for some good news. Good news never arrived. Duke Archibald had been slain on the beach attacking the Orc Raiders, and what forces were left went flying back to Dorn Castle to try to withstand a seige by the Orcs. Leopold rode into the castle square, tears streaming down his face, and loudly proclaimed that his father was dead and that he was the new lord of the castle. How sad. At that moment, he needed to rally his people, but instead he felt it necessary to proclaim his position and lord it over people. Some people, reading the tea leaves, decided they had no confidence in their new Duke Leopold, and quietly slipped the castle walls. Most said they would catch a boat to Stonehelm on the coast, that Dorn was lost. I stayed. I don’t know why.

Almost immediately the Orcs invested Dorn Castle. There were hundreds of Orcs, and only twenty fighting men left (most having died with their Duke on the beach). It took a week, with food running out, but on Monday night, around midnight, the Orcs battered through the main castle gate, and rushed into the castle grounds. Panic was everywhere. Most of the castle workers were cut down where they ran, as were most of the castle troops. But Duke Leopold was no where to be found. I thought to myself where would I go if I were Leopold. I quickly ran to the Duchess’ chambers, and sure enough, the two of them were barricaded in her main chamber. I rushed to them and asked if I could fight, could I help, and the Duchess spit out something about how she’d rather die then be helped by a bastard. Leopold held on to his mother’s robes, and the two of them braced for the Orcs as growls, grunts, and heavy footsteps got louder and louder.

I hid under a table in the anteroom, and saw it all. A troop of Orcs made it upstairs, quickly broke down the chamber door, pushed the barricade aside, and made quick work of the Duchess and Leopold. I must say that Leopold, in the end, acquitted himself quite well, and actually killed several Orcs before being cleeved in by the Orc troop leader. At that moment, and only that moment, I felt sorrow for him.

As Leopold fell, he did something so strange I will never forget. He took off his signet ring, his Ducal icon of authority, and rolled it under the bed. As the light went out from his eyes, as his face was on the floor, he moved his face and looked directly at me. And he winked. Then he passed.

The Orcs, having accomplished their task, and not finding me, left after tearing through the room and grabbing items of obvious value. A chest of gold and gems. A map on the Duchess’ nightstand that looked old. The Orcs seemed especially please with that. Then they left. I waited and waited. Then, when I was sure they were gone, I checked on Leopold. He was quite dead. So was his mother. I checked under the bed, and sure enough there was the signet ring. I grabbed it, and made a plan to use it to buy passage on a boat to Stonehelm. I made my way out of that funeral of a castle, slipping the walls in the middle of the night. I hid for several days in the warf building on the Dorn docks, until I was sure that the Orcs had picked up and sailed off. When I was sure, I came out, and found a village, Dorn, stunned by what had just happened.

Leaderless, no one knew what to do. I did. I immediately went to a boat, and inquired as to passage. The boat was near full, and I approached it with cloak on from the castle, and showed the boatmaster the signet ring. At once he seemed shocked, and several in the boat hustled me lower. One women called me “My Lord”. Another said they thought it was me, that they hadn’t seen me die, and that they were glad that I fled. Another said it was important to keep the Caravelle bloodline going, that it had ruled Dorn for 1300 years. I didn’t understand. The boat master said it was okay My Lord, I must be in shock. Then he said, and I’ll never forget, “Duke Leopold, we must get you to safety.” At that moment, I ceased to be Reginald Ferme le Bouche, and became someone else. I said “Right you are boatmaster, lets proceed with all haste to Stonehelm. But I, your Duke, promise to return one day, to retake Dorn and restore the Caravelle name.” And one day soon, I shall.