Marcus at the Lots

During his down time, Marcus visited the Temple of the Lots—and nearly got converted from Mars to Catholicism. He also discovered a wealth of information about destroying the Grissharl (the shamanistic bugbear summoning horn) and about the history of the Urthjarl Stones.

Mirror, Mirror in the Cave

The heroes reunite with Marcus at The Minotaur and The Emperor Inn. There they meet Frosti the Red-Nosed Dwarf. He agrees to join the party on an expedition to Bone Hill to destroy Grissharl. Sober Quintos invites tipsy Frosti to the next Alcoholics Anonymous meeting.

Lyndette helps the group hustle a diamond from grotesquely obese and hideously unreasonable merchant, Winston. Quintos gives her 300 gp and tells her that she can keep the difference. Then, he utters the words that still echo through Nimroth: “You can keep all your sex money.”

Frosti joins Ghost Dancer for evening performances at the Inn. It’s an interesting show. While Ghost hops around in his loincloth, Frosti cranks on the hurdy gurdy. The mellow crowd smokes some righteous lucrative.

At Bone Hill, Lundie strokes his beard and suggests destroying the horn in the cave with the mirror that transports people to another plane. The party stands by the mirror as Lundie smashes the Grissharl with his war hammer. 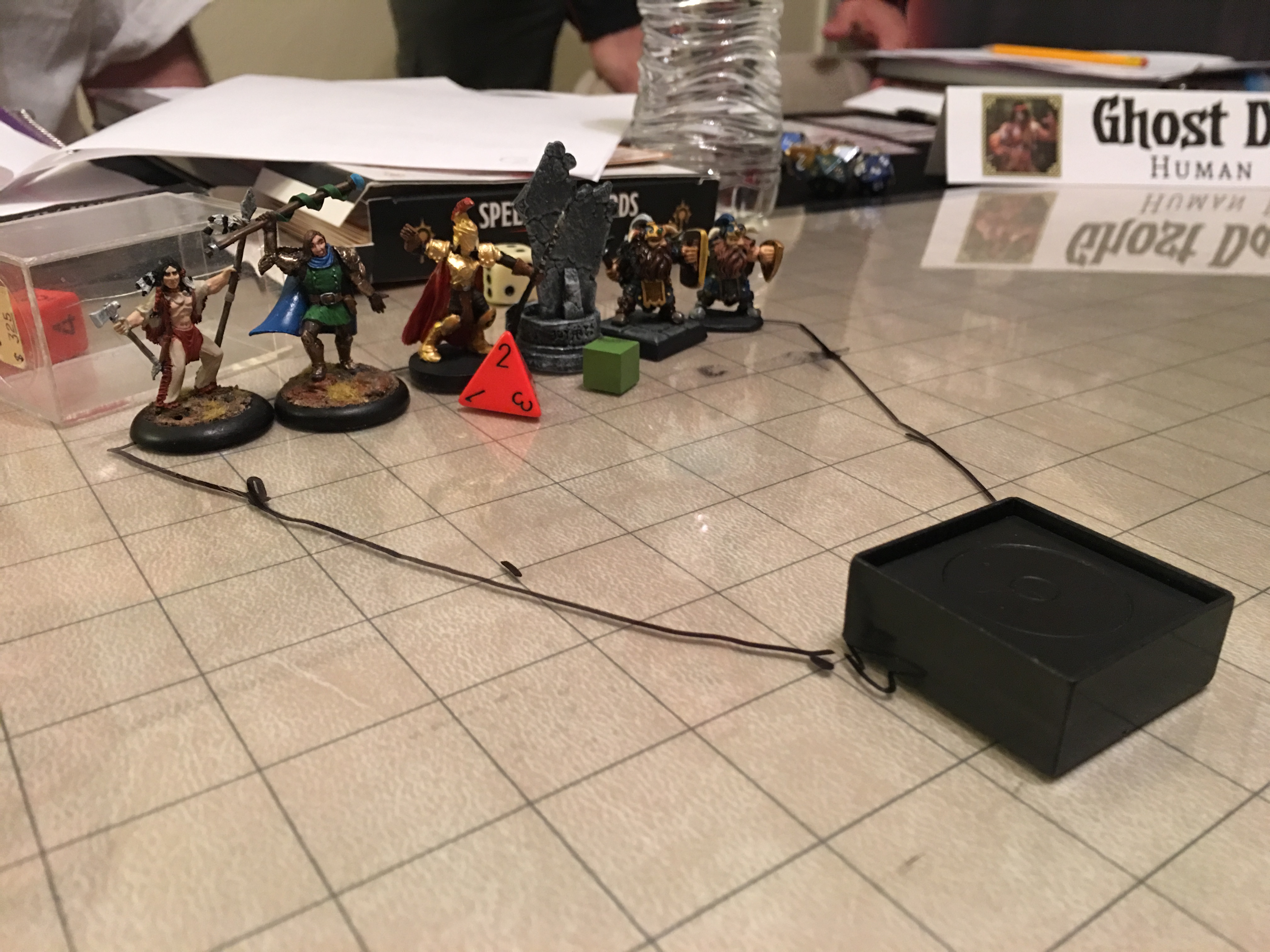 Sixteen bugbear demons—including Hashar (or, Hell-shar)—appear before the group. Many get sucked into another dimension through the mirror. Many more perish at the deft use of sword and sorcery by Marcus, Ghost, Quintos, Lundie, and Frosti. It’s an epic battle that sees Marcus call upon his spiritual guardians. We’re all just a little sad that it seems Marcus has outgrown his habit of falling unconscious in every battle. [sniff-sniff] Our little Marcus is growing up. 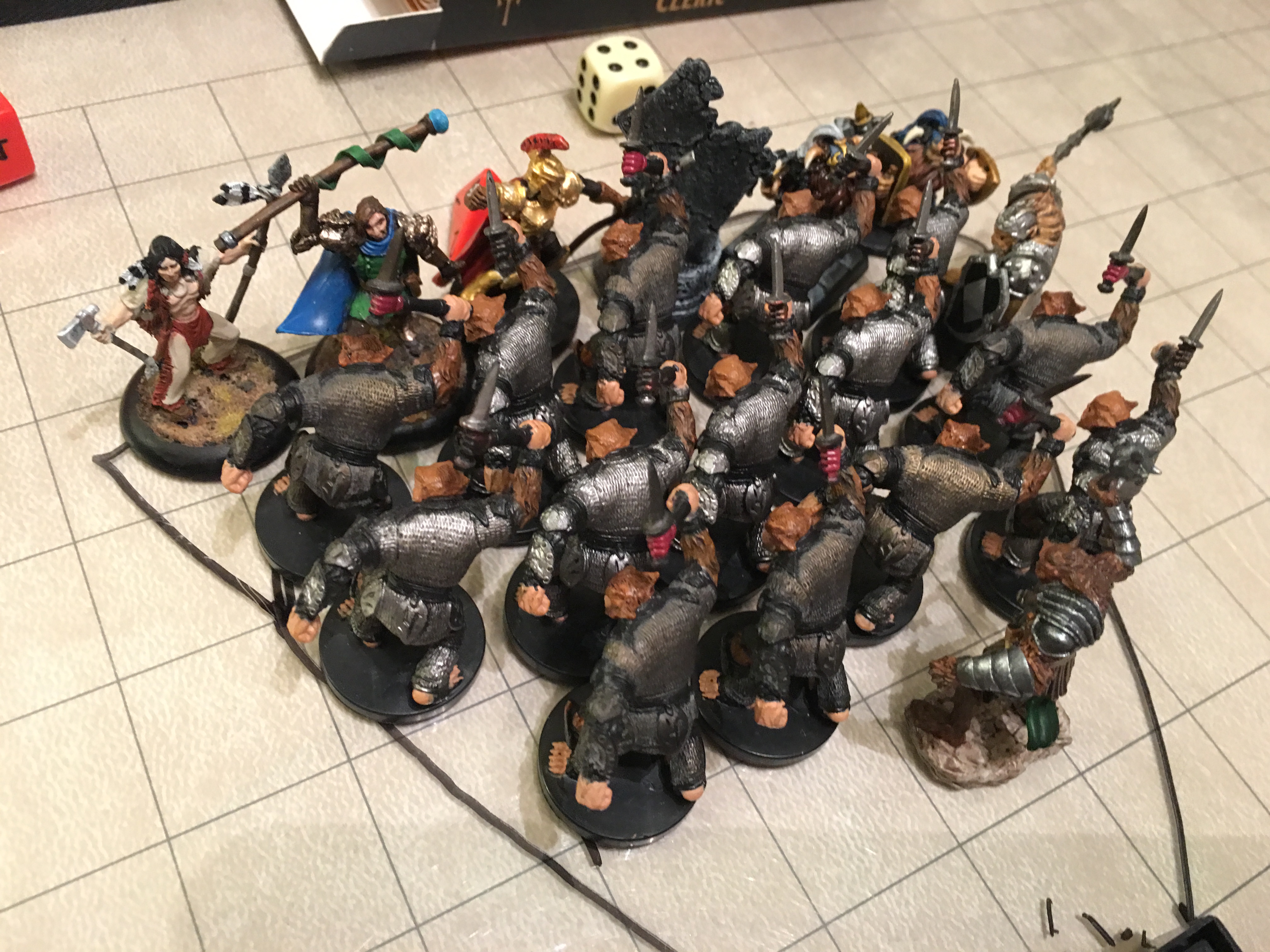 Finally, Hashar charges Marcus, screaming for revenge. But the heroes send him back to hell, even as the mirror explodes, trapping all the bugbear who were flushed in.

The heroes get sidetracked on their journey south, finding wargs, ettin, and a giant. They dispatch them all, and discover a manor. Frosti shows the group how one can go through a door without destroying it. The party remains baffled by this new technology. 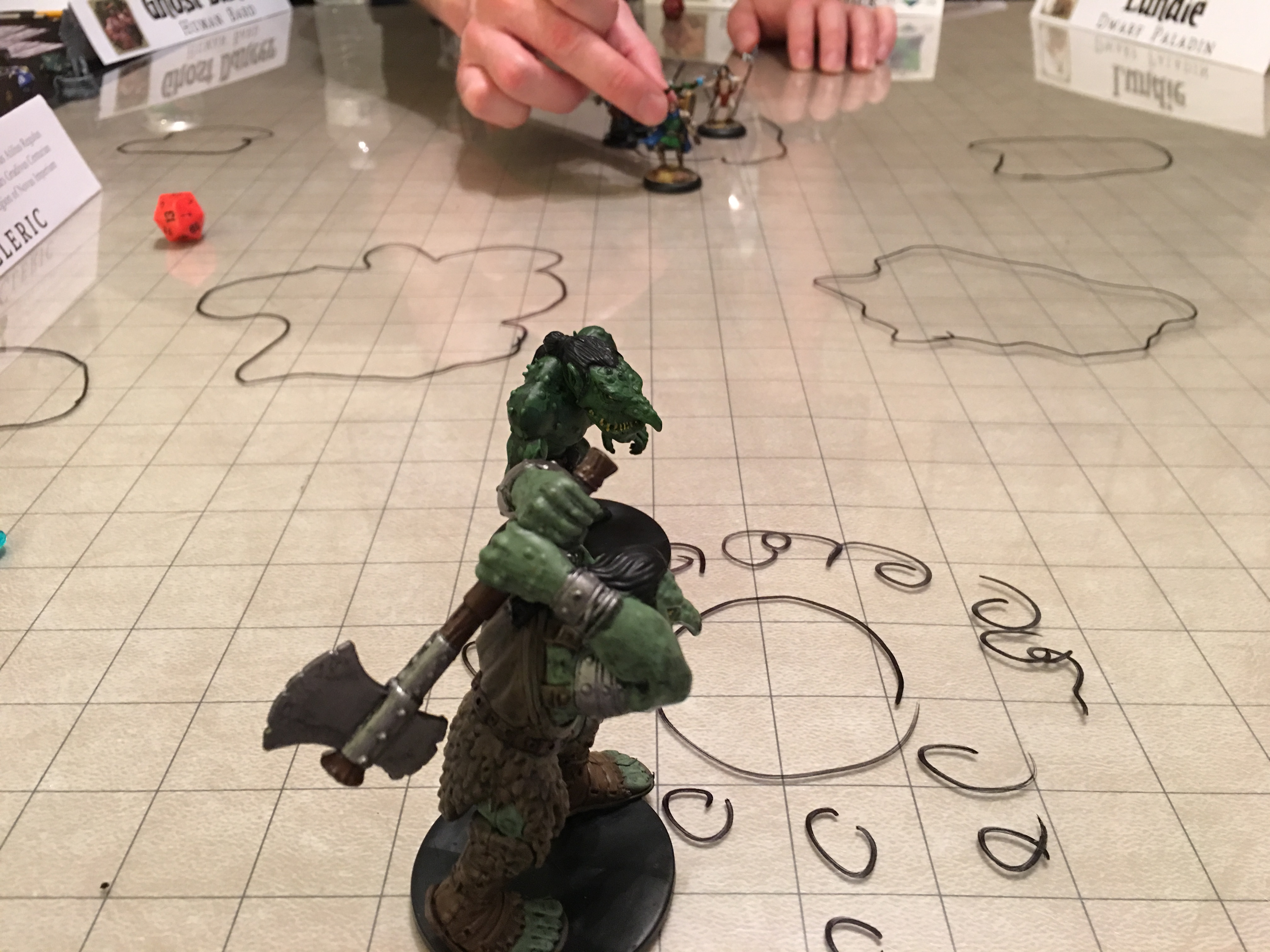 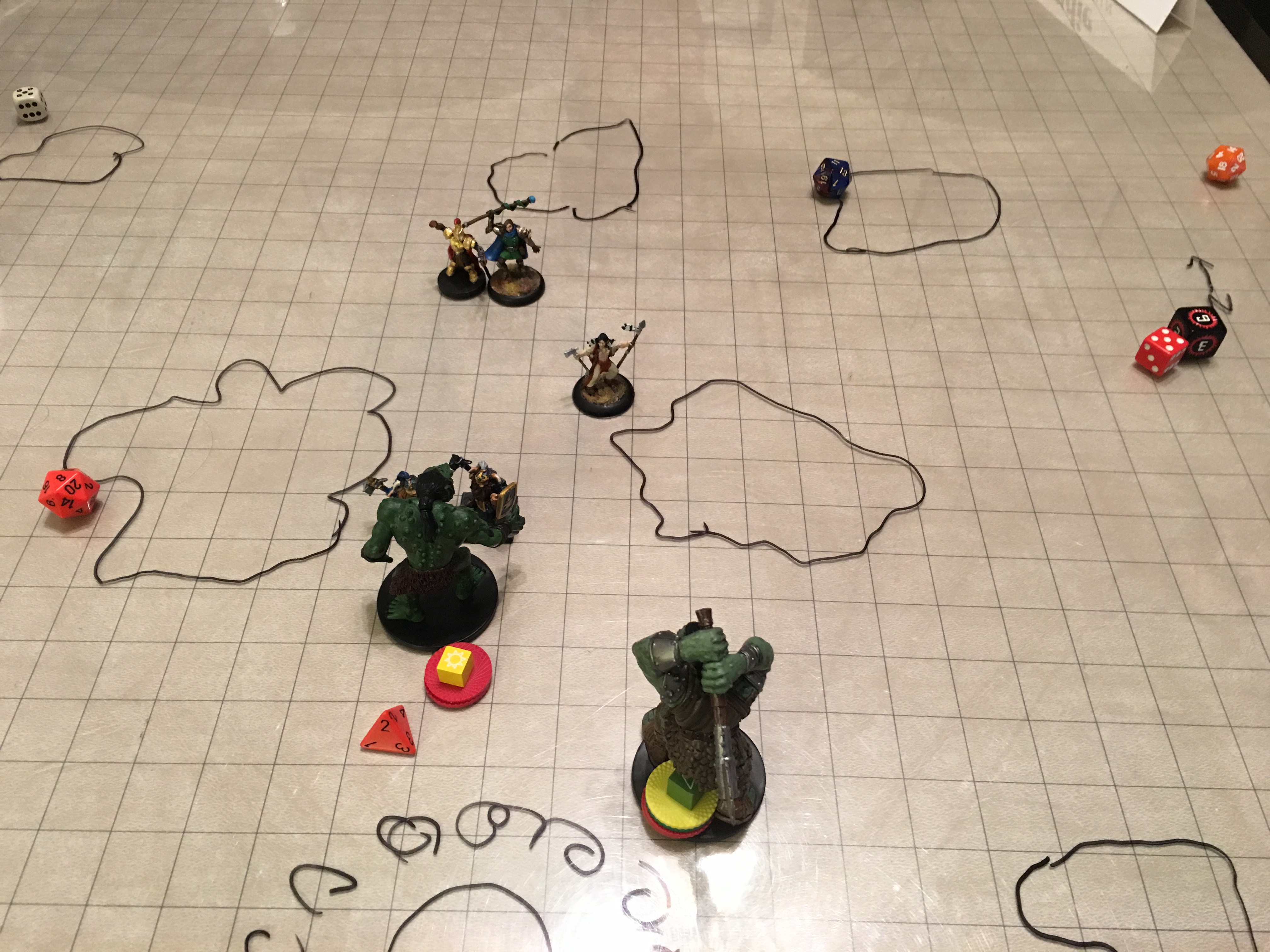 Once in the manor, they discover a crypt room, and a hot vampire chick emerges to kill them. Frosti rages, charging the sarcophagus. Lundie joins him. Dwarves—what you gonna do? 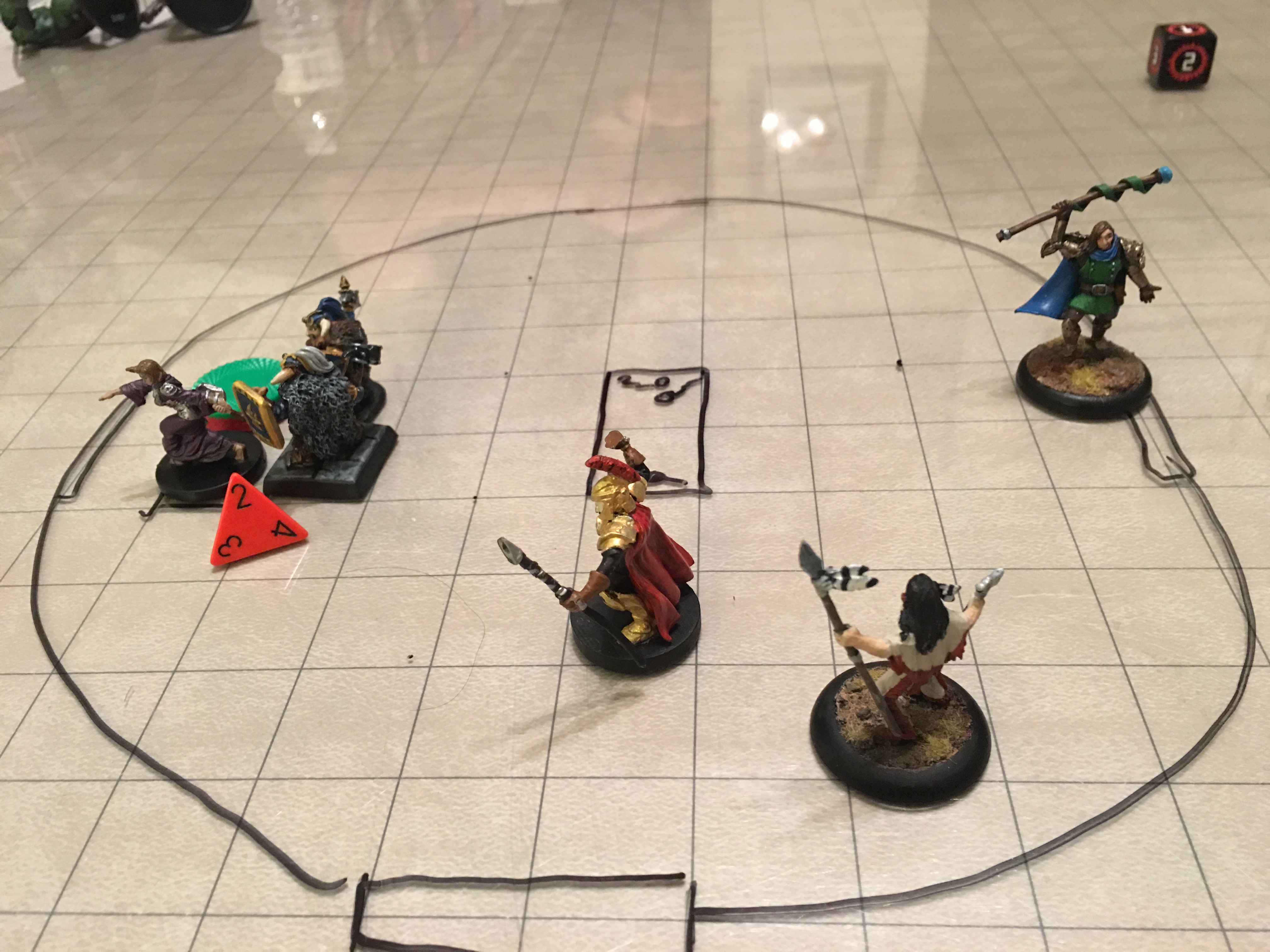 Quintos, Marcus, and Ghost keep the pressure on from afar, and the vampire falls to her death as she almost makes her escape as a bat.

After claiming the manor, in addition to Bone Hill, the group’s real estate portfolio is expanding.