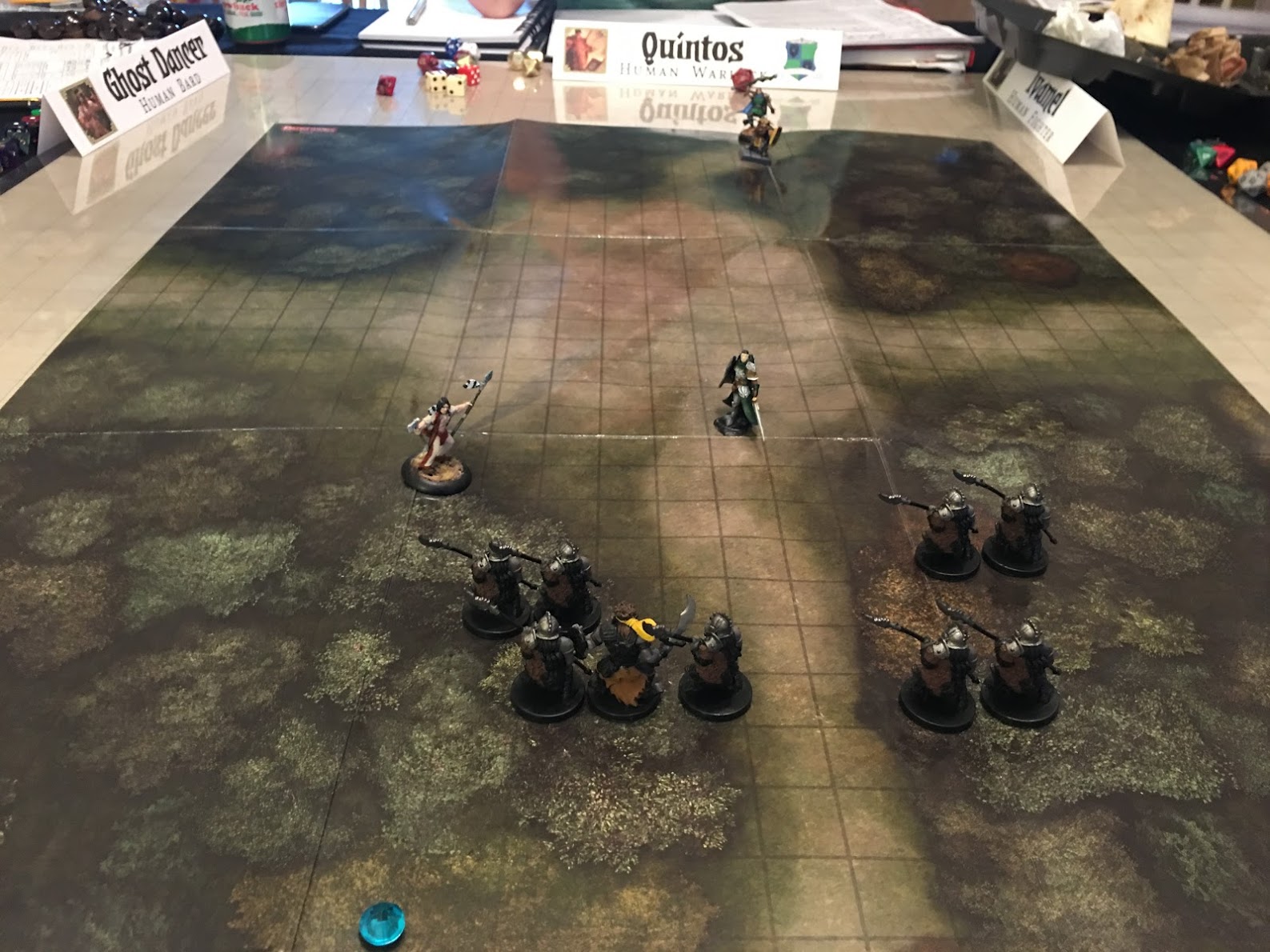 Having cleared Bone Hill of its evil denizens and retrieving their first Urthjarl stone, the party sets off for Nimroth (now know as Restenford).  On they way, a small group of orcs attempted to ambush the heroes.  Unfortunately for the orcs, the heroes, made wiser and stronger from their ordeal in Bone Hill, easily spotted the ambush and quickly dispatched their foolish and under prepared foes.  Fortunately for the heroes, this kept the trip from being entirely…uninteresting.  Interestingly, these orcs were branded with a skull and would appear to belong to a different group than the orcs who attacked Sophia’s caravan about a week ago. 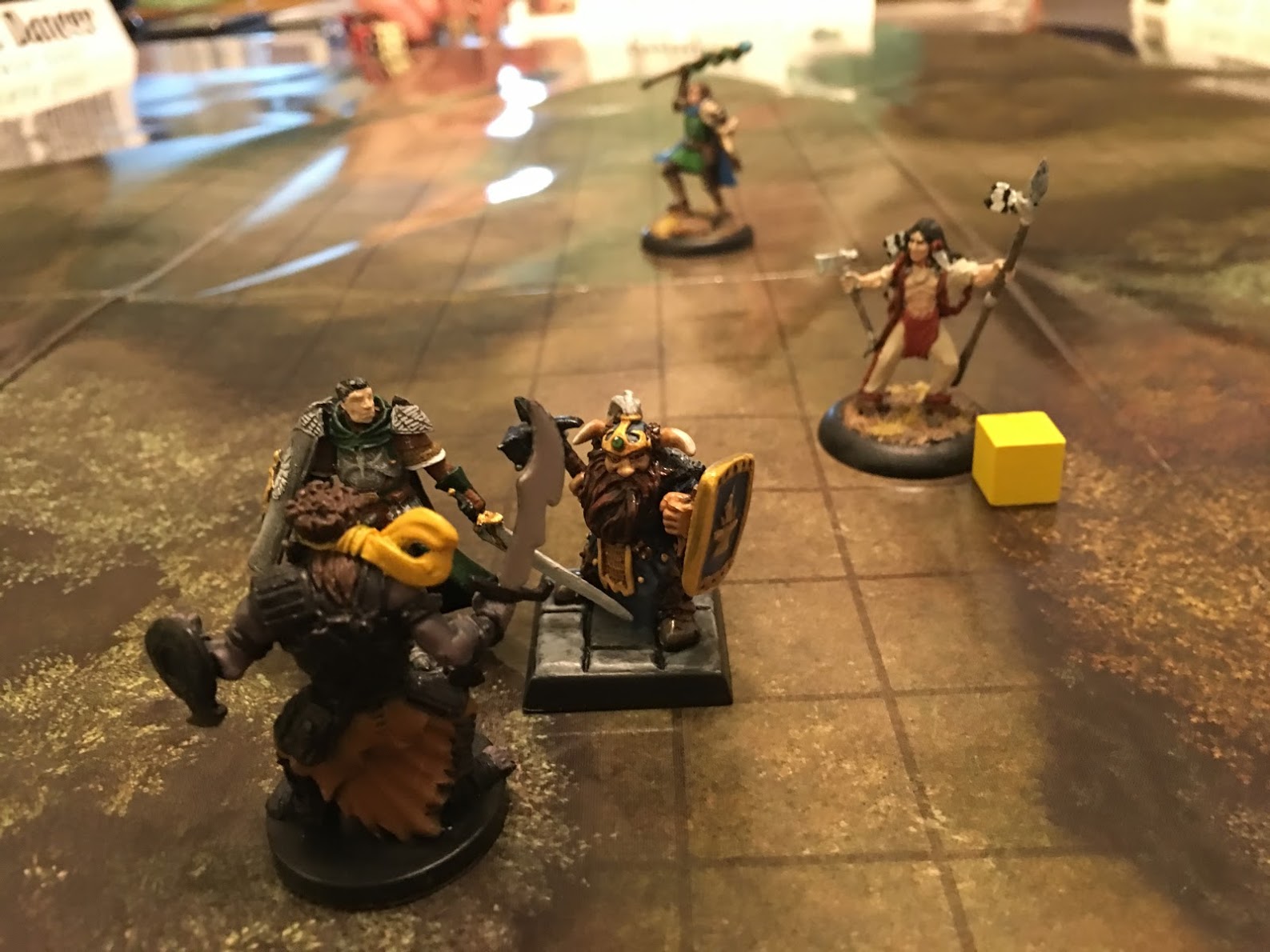 The deceased elf swinging from the newly constructed gallows outside Nimroth’s north gate did little to deter the parties plans.  Still riding the confidence of their week long string of victories, the heroes shun rest in favor of pursuing various leads or time for meditating on their new found powers.

Lundie sought out Thordin, a highly skilled dwarven blacksmith, in the hopes of learning something about the smithing techniques used to make an ancient shield found in Bone Hill.  Lundie’s hopes are to employ the techniques to improve his own shield.  Thordin thinks it can be done with a few days work.

Ivamel heads for Elinae’s Reliquary where he seeks information on a mystical item know as The Deck of Many Things.  He learns that such an item is rumored to be in use within the citystate of Redmark, itself.  Also and rather oddly, Elinae has some probing questions for him about his thoughts on the current political climate of Redmark.

Ghost Dancer, yet again, bee-lines to Sister Sophia.  He claims he is just informing her of the parties progress and to be looking for rumors.  But everyone knows it’s just a cover for his deep affection for… holy places.  During his visit, Sophia tells him that, according to ancient text, another Urthjarl stone is located in the ruins of a place once known as Xikchulmak, which is about 30 miles north west of Ulpar.  Ulpar is at least a months journey south of Nimroth.

Quintos heads for The Minotaur and The Emperor Inn in hopes to have a quiet meal and drink before retiring to begin a 10 hour ritual he’s just learned that will find him a familiar.  This dream is ill-fated, though.  It is soon discovered that Stanford, a mercenary several bricks shy of a load, has been abusing Quintos’ current favorite tavern winch, Lyndette.  Quintos will not abide this and waits for Standford to arrive.  Stanford does not disappoint and shows up with two friends. 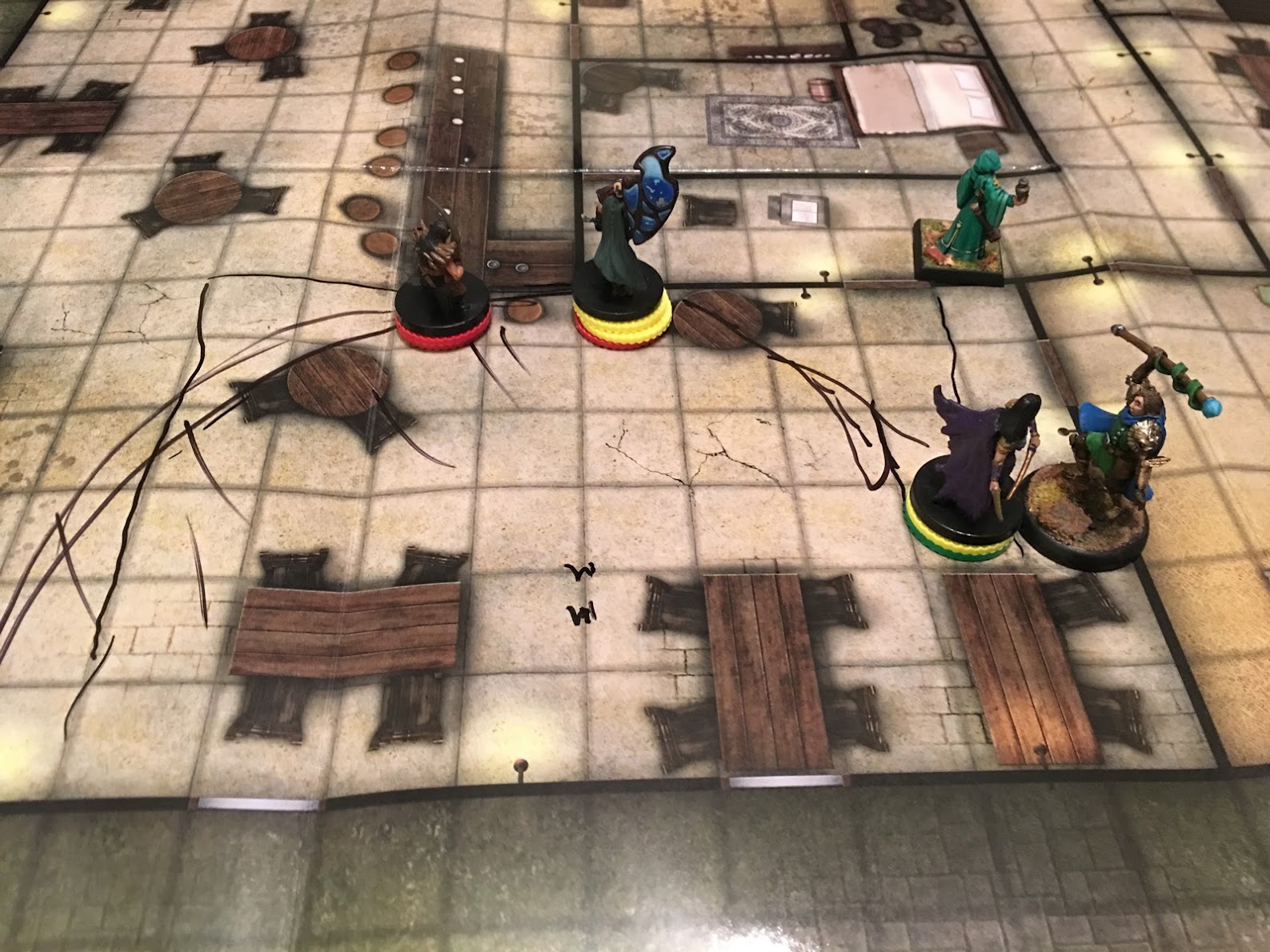 A fight breaks out almost immediately and definitely before Quintos finishes his drink or food.  With the clever use of his new spell Hunger of Hadar and a wand of fear, Quintos is able to dispatch his foes and finish his drink and food at the same time.  However, this is not likely the end of this feud but the beginning of something bigger.  Each of these mean apparently belonged to a large and powerful mercenary group who’s symbol is a two-headed eagle. 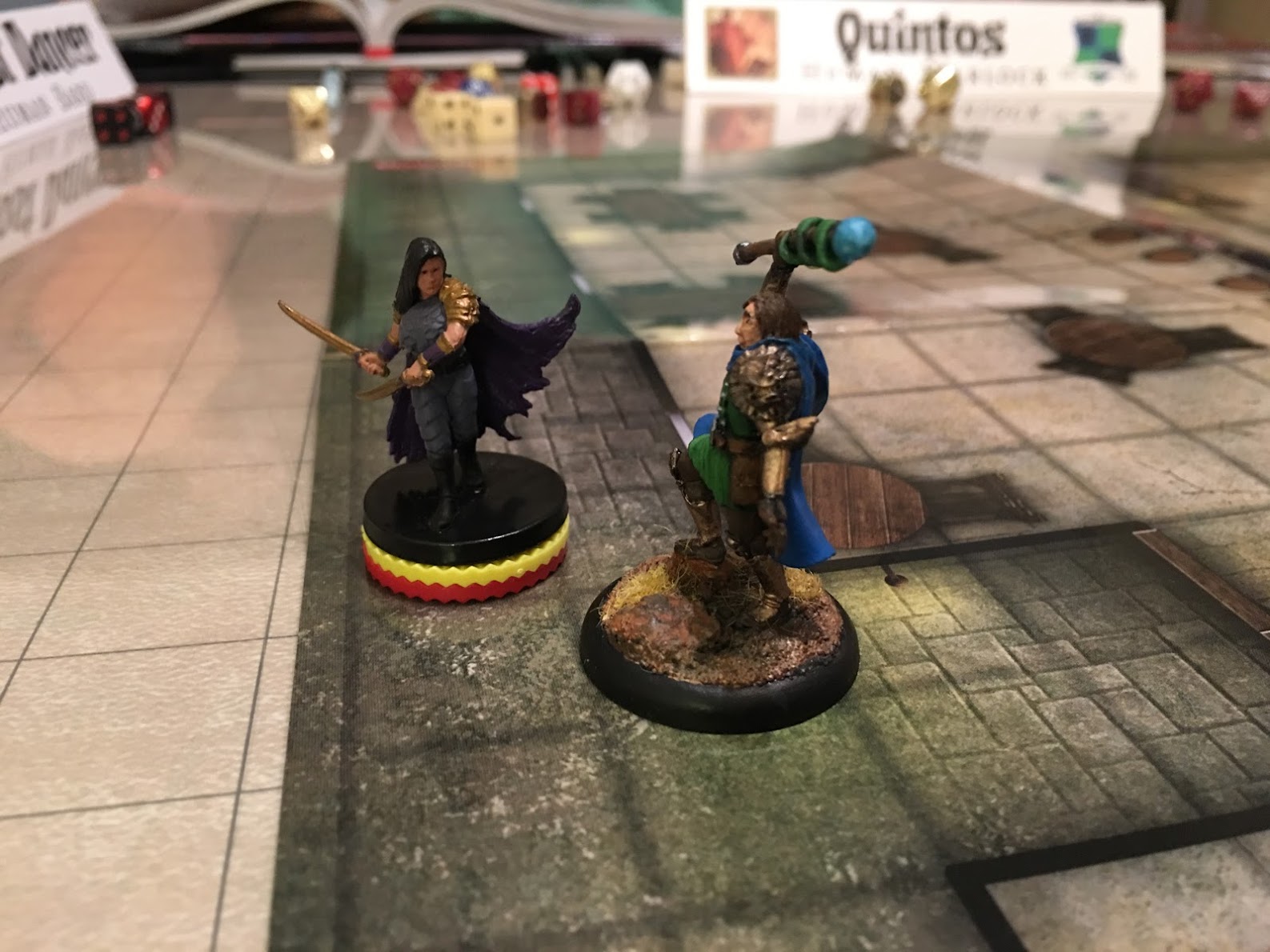 Having finished their various errands, the party settles down for the night with the familiar, lively, and surprisingly soothing performances of Ghost Dancer being heard in the inns main hall.