Redmark Session 23: The Salvation of Lalago 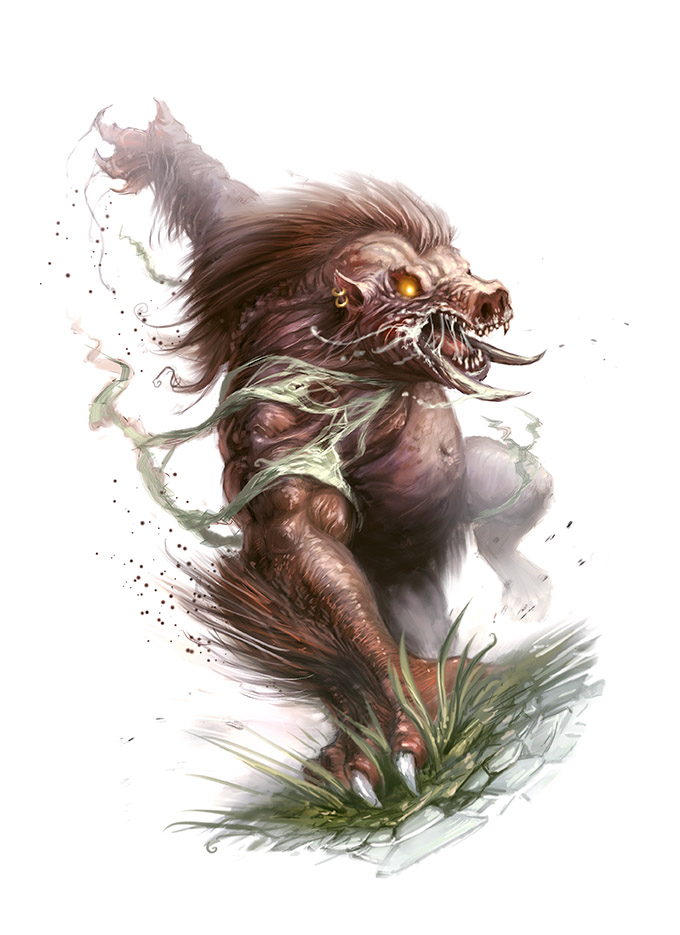 We are getting closer to saving the villager Lalago. Daily, Quintos using his crystal ball has been tracking and communicating with Lalago and he has located her near the volcano. During these communications, she continues to tell Quintos not to come save her, but we will not be deterred.

We think the creature capturing Lalago is called the pig god. Marcus communes with the lady of the lots and asks if the creature is indeed a lycanthrope and the lady confirms.

As we travel towards the volcano and encounter some of the villagers, while attempting to communicate with them, we hear the sounds of drums and the ritual of the pig god sacrifice beginning. We rush to the village and prepare an ambush for the lycanthrope, sadly we make noise and have to dispatch two villagers as we attempted to prevent the alarm.

Then charging to the top of the hill the party sees a skull head of massive size carved as a multi-level complex in the mountain.

As we enter we have a fight for our lives and defeat a were-boar (the pig god), a were rat, a massive giant with a crazy eye and our enemy the mind flayer. As we defeat them, the volcano begins to erupt and the mind flayer once again teleports away from our wraith. He is the immortal foe of our band of adventures..

We head back to the village with Lalago and convince her to live and using our magics we cure her of the lycanthropy.

We then head back to return her to her village, cured of the curse.