Redmark Session 22: The Battle with the Squid-headed Monster 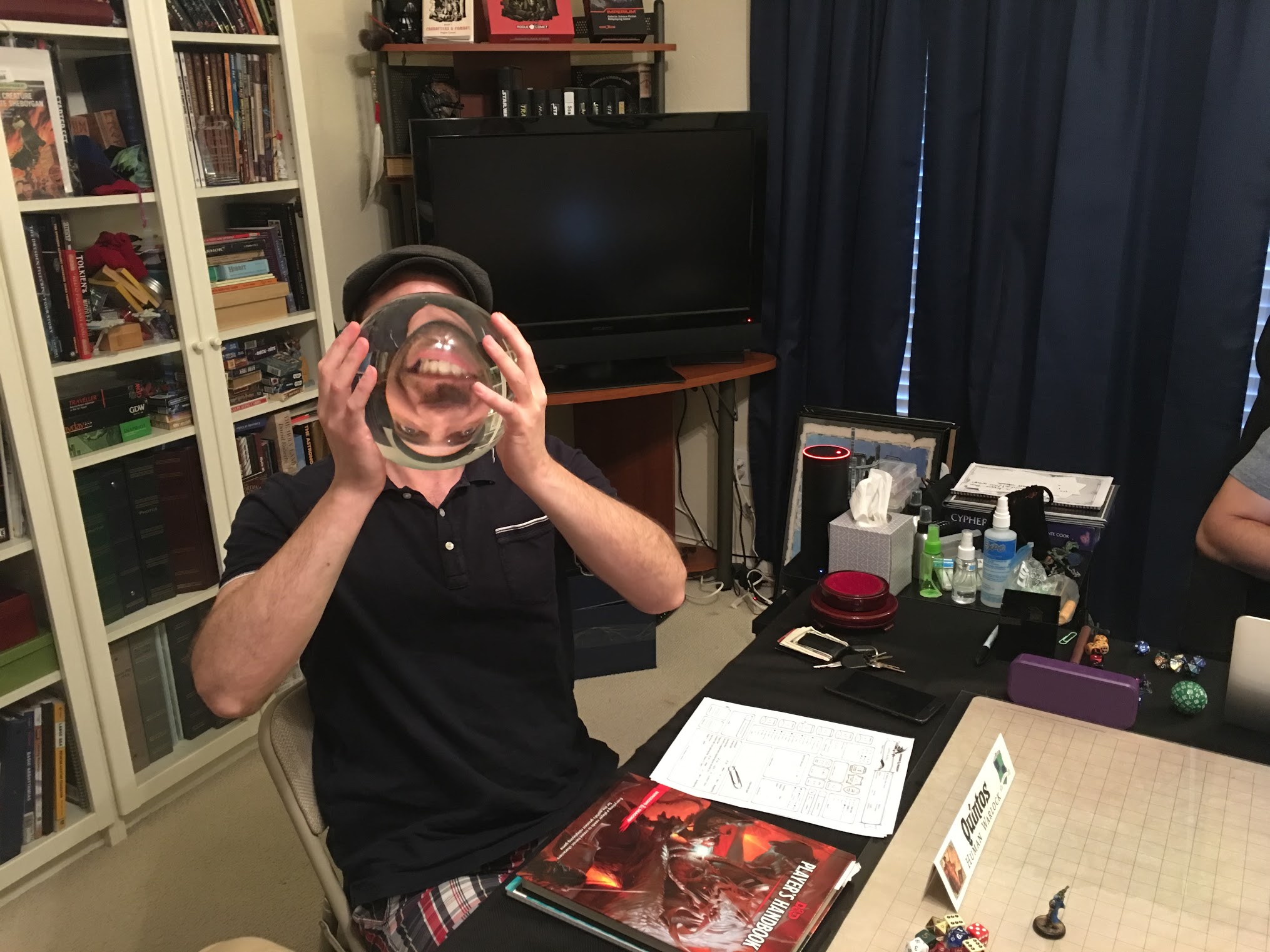 Ash wakes and recounts a dream of being tossed overboard, only to be rescued by mermaids of some kind. With that on his mind, the group continues on their way. Lalago is seen with a thin old man named Snick via Quintos’s scrying. The previous attempt to scry for Lalago had shown her with a fat man named Leander. After seeing this, Marcus sought guidance from Mars to determine if the group could heal Lalago and was told that yes, the group can heal her.

Heading out toward the large volcano through dense jungle, the group is uneasy due to the various sounds and smells new to them in this area. They come upon a group of gorillas beating on some kind of carcass on the ground. Marcus bravely stepped forward and attempted communication, albeit in a very simplistic form. After a brief interchange, the gorillas hoist up and throw the carcass they had been beating toward a small hill at the edge of the clearing. Marcus and Ivamel investigate the body and Marcus finds a necklace (one with birdclaws in a specific pattern) that resembled one worn by Lalago’s brother.

Somewhat disturbed and concerned, the group heads around the hill and discover a doorway leading underneath the hill. Seeking answers, the group heads into this tomb and finds a large room with 8 sarcophagi and a large statue of a roman soldier. The soldier is holding a staff with a two headed eagle atop – Marcus and Quintos spend a moment to converse and determine what exactly this might mean. The group searches the various sarcophagi and find a bag with some gems inside one coffin.

Marcus takes two stones from the bag and places them into the empty eye sockets on the Roman soldier statue and a doorway opens behind the statue. The crew walks down the now open hallway and finds a pool of muck and mire. Two disgusting creatures rise from this pool and began attacking our heroes, flinging disgusting balls of filth – catching two of our combatants, hindering them both. After a small struggle the two creatures are defeated and the group collects itself, cleans itself (as much as possible) and heads further into the underground labyrinth.

Quintos, thinking tactically (to the surprise of some), sends his own down a long hallway to scout ahead. Through his unique connection, he is able to see a large room with a monstrous creature and a cage full of people. There are also several creatures loosely resembling the corpse seen above ground who seem to be worshiping the creature in some manner. Sensing the urgency of the moment, the group wades into battle, striking down the grey skinned servant creatures first before turning their attention to the squid-headed monster. Quintos’s quick thinking allowed him to sneak away with a woman nearest the squid-head, likely saving her life. Fearlessly, our heroes went at the monster with blade, staff, and spell – taking psychic blasts in return. After a short battle our numbers won out and the captives were saved, though the monster managed to slip away.

Searching the room, the party found a quiver with 8 arrows (2 with blue fletching, 2 with red fletching, 2 with yellow fletching, and 2 with black fletching), one unidentified potion, and a heart shaped clasp for a cloak. There is still one small chamber that the group had not thoroughly explored, but sensing danger if they chose to say behind, the party fled the tomb to head back above ground with the rescued captives. 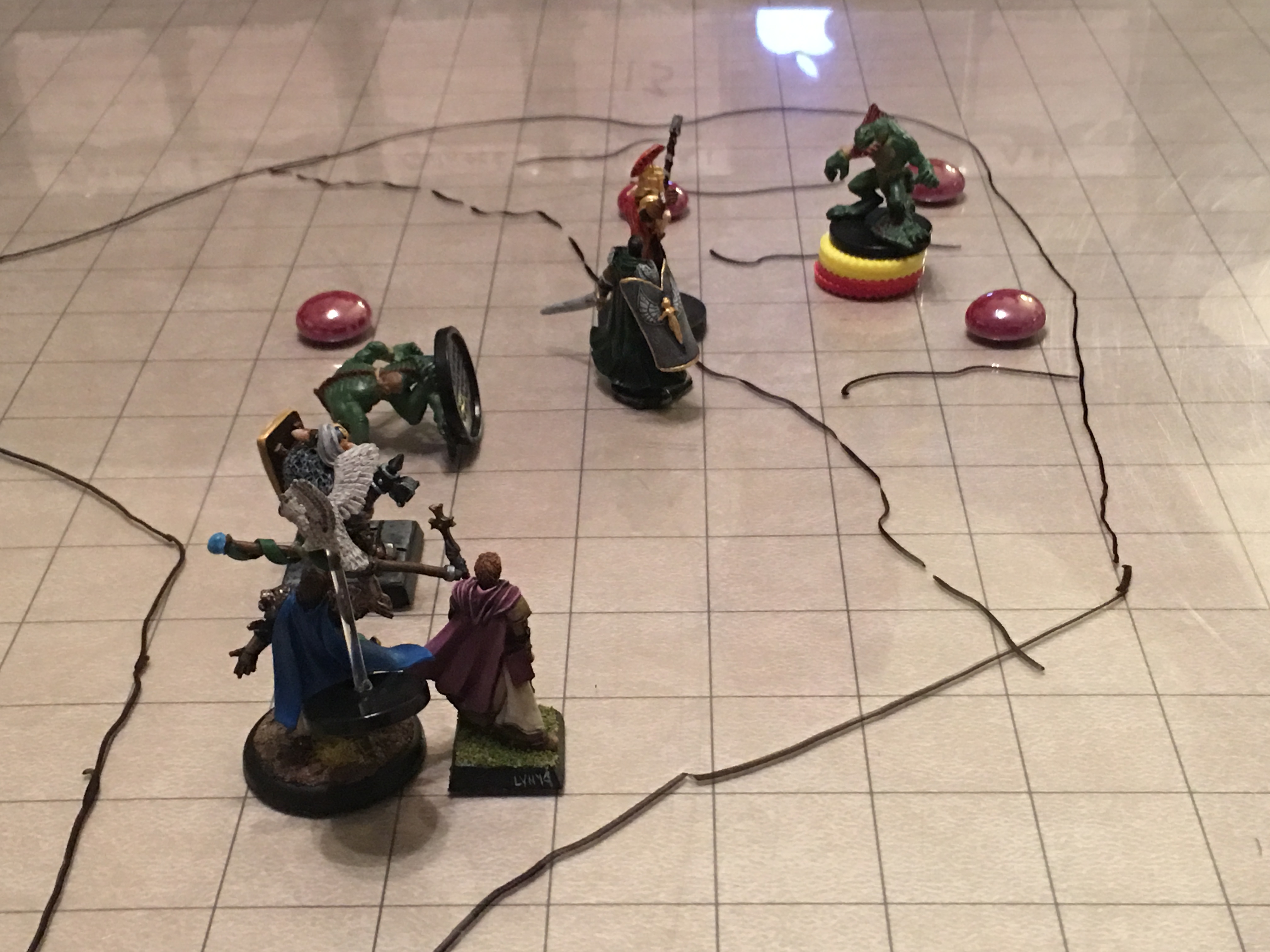 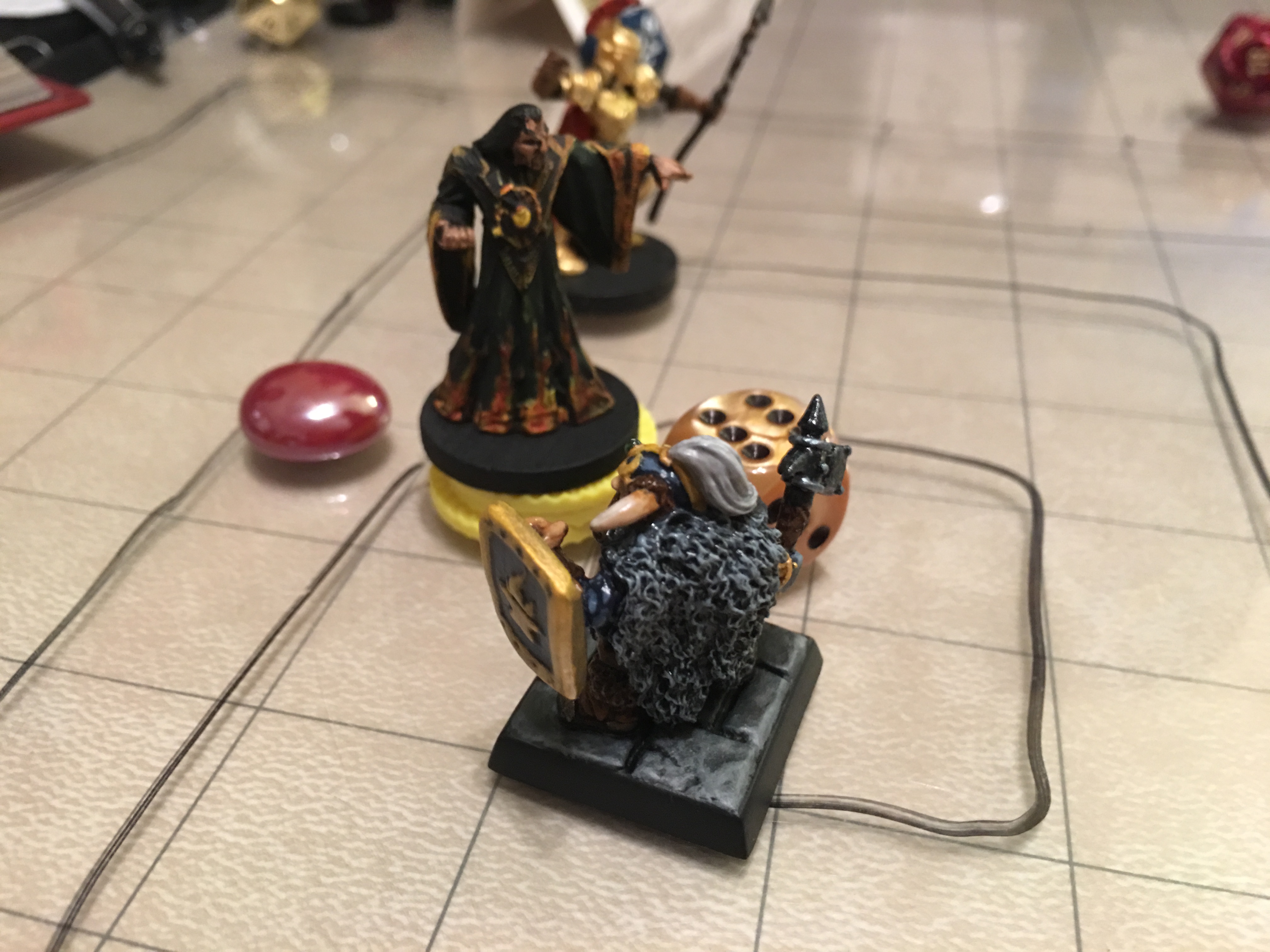