Finally arriving on the main island, the party sticks to it’s water walking rock star entrance routine(mostly due to Marcus’ insistence) and walks right into a welcoming party ambush led by non other than King Pa-hu-ack, himself. It turns out that the parties reputation for unbelievably legendary heroism preceded them. Fortunately, no serious injuries were sustained from the ambush or subsequent party. Aside from the worse case of food poisoning Quintos has ever endured. Rancid squid is never a good idea. But he received little pity from his companions, as it was very much self inflicted. Maybe next time he’ll listen to the locals when they suggest he not join the eating contest. On the bright side, a new friend was made. Ash, who is also from Redmark, had been spreading his beliefs among the people here for some time.

As the evening began to wind down, they met Tama. He’s sister had wondered off beyond the great wall, which is forbidden, and never returned. Tama was able to sneak out and find some clues. One of which was a giant bloody boar tusk. Desperate to find her, he asked the heroes for help and they readily agreed. Plans were made to leave under false pretenses in the morning as to avoid alerting the natives of the heroes’ intent of going beyond the wall. The attempted secrecy failed miserably. But only because the king was cheating by using a shaman who can see the future.

It wasn’t all bad, though. The king and his shaman were friendly and offered help. A few trippy drinks later, Quintos was dancing uncontrollably, and Marcus and Ash both had visions. It would seem that brain eating squid(revenge of the squid maybe?), friendly apes, lying pigs, and other oddities are in the parties future. That and the specific instructions that they must kill Tama’s sister or she’ll destroy the entire village. What could possibly go wrong? 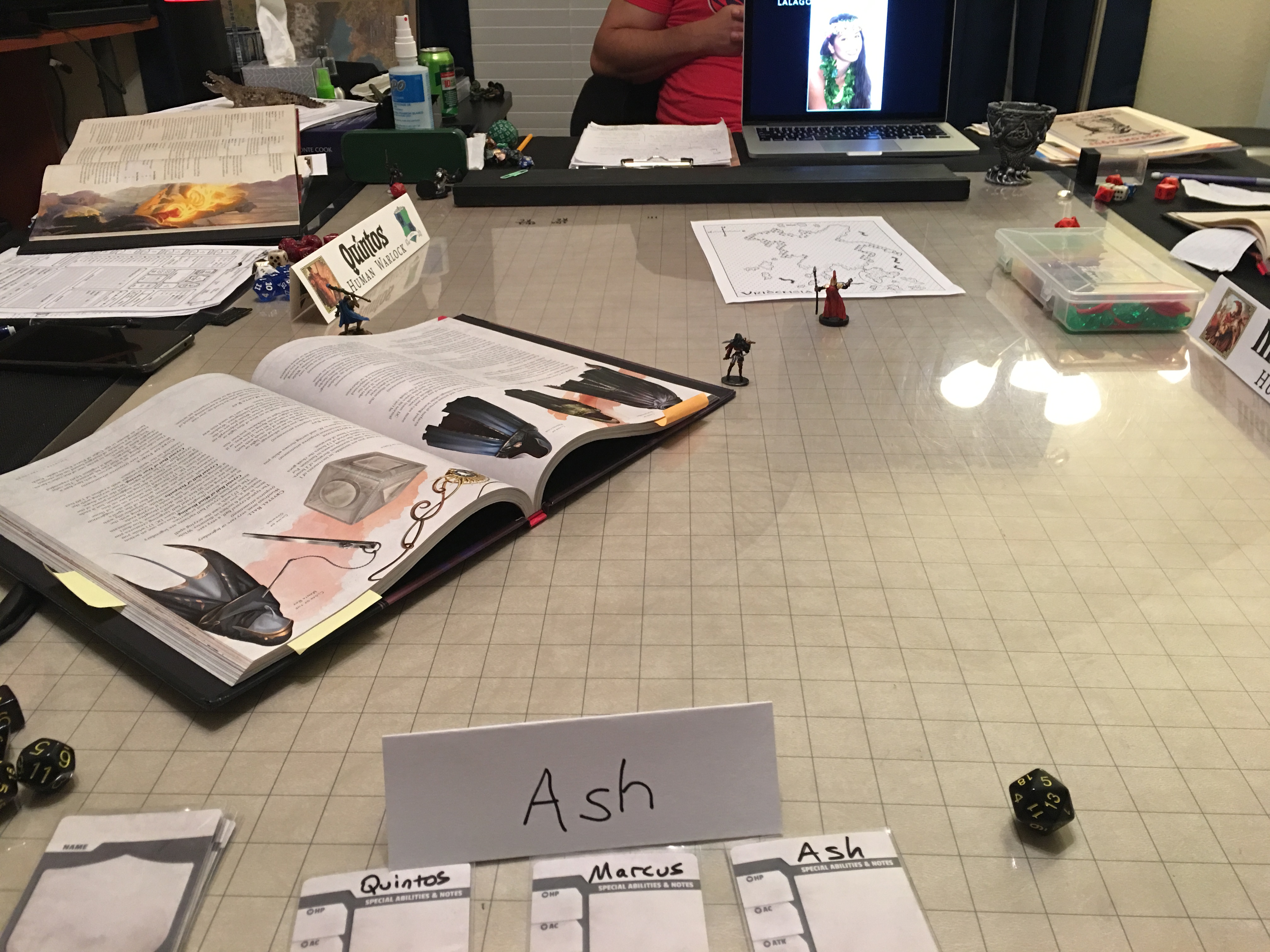