Redmark Session 20: The Wrath of Jabbanana

When last we left our heroes, Marcus had been offered Chief Dugabungaloo’s daughter, Jabbanana. Now, all eyes are on Marcus as the tribe awaits his decision. Jabbanana’s enormous belly quivers in anticipation. Marcus kneels before the king of the island and delivers a speech that convinces the King that the greatest honor he could give Marcus is to learn more about the culture’s deities. The King is perplexed, but not offended. Jabbanana stomps off angry and insulted, but everyone else throws a luau for the heroes who dispatched the giant crocodiles that had been eating all the pearl divers. 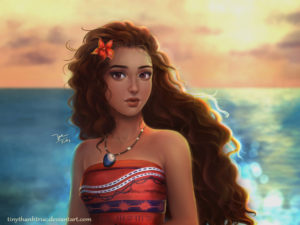 Meanwhile, Wannamona quietly warns Marcus that her sister Jabbanana is a dangerous foe.

Wannamona [in a fearful whisper]: “Jabbanana is at her most powerful after midnight.”

Marcus [in terrified disbelief]: “You mean she gets bigger?”

Marcus then invites Wannamona to escape with the heroes on the morrow. Afterwards, Marcus hears from the tribal elders about the legend of the two-headed eagle.

Ghost conjures his tiny hut (remember, it’s not the size of one’s hut…), and the intrepid adventurers take watches, anticipating an encounter with a hideous, lycanthropic Jabbanana. All the adventurers except one: Quintos, who spends the evening debauching himself with hot twins. (The horrifying howls of Quintos and the babes our heroes shall not soon forget.) But Jabbanana does not appear.

Human Trafficking…But in a Good Way

Wannamona approaches Marcus in the morning. She wants to run away with the heroes to get away from Jabbanana. Ghost Dancer turns Wanna invisible, and they smuggle her out to Kat’s Claw. They sail away toward the village by the famed giant wall—a 3-day journey. Marcus and Ghost Dancer keep Wannamona away from woman-stealing Quintos. They spend the hours “teaching her Common.” She’s a hot—er, smart—pupil.

Quintos scries Jabbanana. He sees her in an outrigger canoe with 4 warriors paddling in chase to get Wanna Nana back. Quintos tries to suggest something to her, but she detects his magic, stares into the scrying eye, and zaps Quintos, ending the scry and causing some damage to Quintos.

Kat’s Claw sails into a heavy mist. The ship slows. Lundie and Quintos’s Owl hear a woman crying for help. It sounds like the Mermaids who befriended the heroes a few days earlier! The adventurers hurry to rescue their topless, scaly friends, but alas, it is not the Mermaids, but Jabbanana! She has set a trap!

Hideous Jabbanana and her spider-beast friends attack. Jabbanana launches a wall of fire at the heroes, burning them—even Ghost who is flying 20 feet above the battle. From there, it’s a mayhem of swords and spells. Ivamel kindly absorbs much damage on behalf of the group. Lundie wields his holy hammer. Marcus does some crazy Roman stuff. Quintos makes out with Jabbanana. (Wait. Sorry. That didn’t happen.) Quintos rains his sorceries down upon Nana and the Spiders. The so-called Duke of Dorn, or “Dookie” as we call him, started singing David Bowie songs about spiders. Then he stealthily backstabbed an enemy before fooling Jabbanana into thinking that he was her father. The distraction was enough for the heroes’ combined powers to win the day and defeat the foul enemies.

No loot plundered or received.