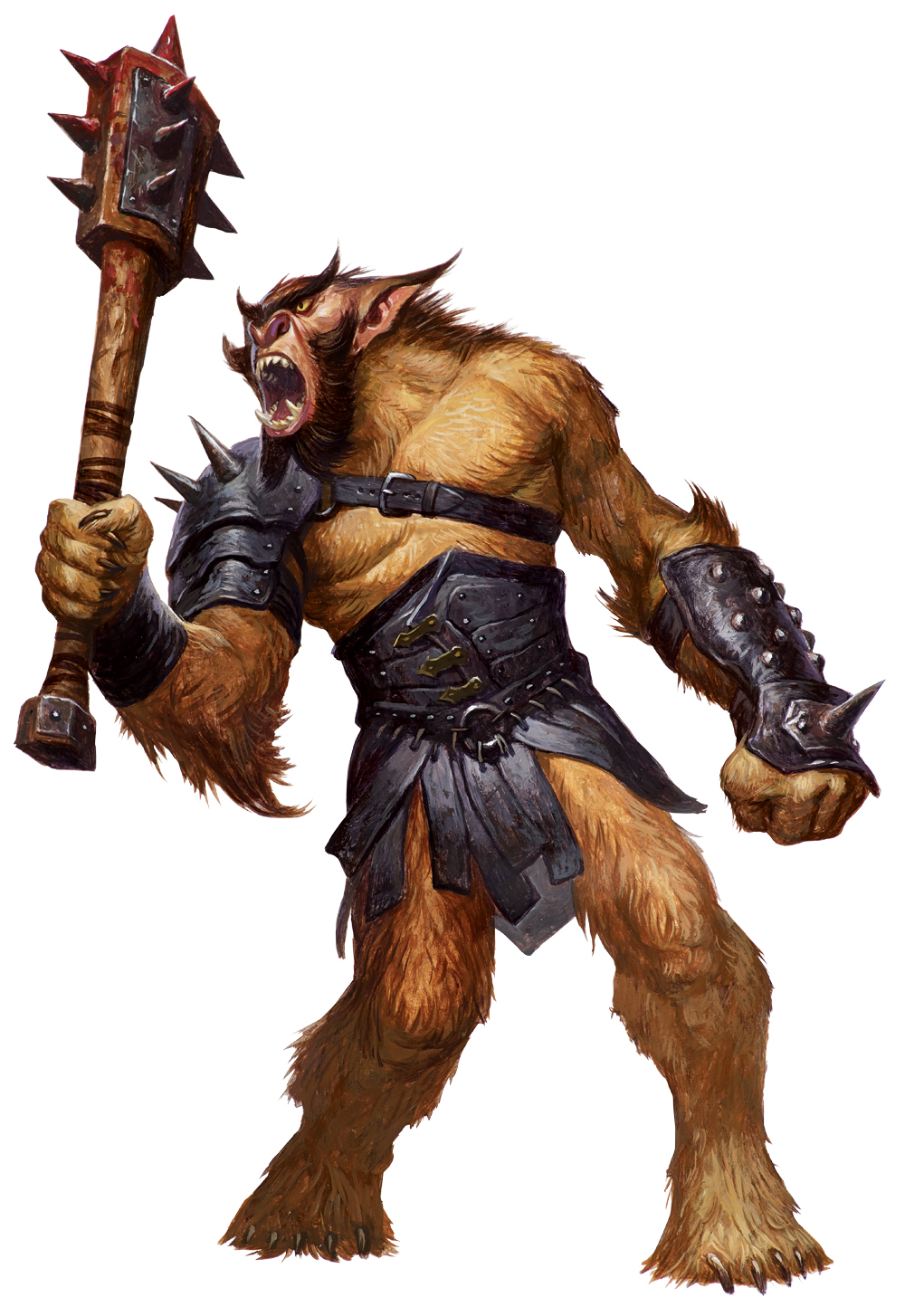 As if the name of the place, Bone Hill, wasn’t enough, the sighting of the two bugbears raises new concerns about what forces might lie in wait inside the old keep. Unwilling to risk kicking the proverbial hornets nest without more information, the party begins scouting the surrounding area. Fortune works in their favor and they find find a perfect spot to ambush the two patrolling bugbears.

Thanks to his military training, Marcus is able to orchestrate a text book ambush. With Marcus’ and Lundie’s exceptional close quarters combat prowess, Quintos’ precise magic, and Ghost Dancer’s…eccentric…approach to the bardic ways it goes better than any could have expected with both bugbears going down before they knew what happened. The bodies are dragged off into the creepy woods and buried.

Afterwards, they party does some more scouting of the area and comes across a larger bugbear patrol. With one wearing heavy armor, one looking very much like the mage type, and 6 others this patrol looks much more threatening. Perhaps wisely, the party chooses to wait in silence as the second patrol passes by. Fortune is a fickle thing, however, and Marcus, Lundie, and Quintos are ambushed themselves by some foul undead bat like creature. Quintos is quickly bitten and paralyzed leaving Marcus and Lundie to fend for themselves. They win the day when Lundie sends the evil creatures fleeing in terror of him and his brave little pony. Quintos recovers and, luckily, the patrol passed by none the wiser.

Undaunted, the party restarts their efforts to fully scout the area. Yet again, another patrol is spotted. This time there are only four, and the party returns to it’s previous ambush spot. Once again the ambush is a resounding success. This time the party acts quickly to revive some of the bugbears, one at a time of coarse, hoping to garner some information about the strength of this bugbear garrison. The first revived, Grumpsh, proves useless and is sent to meet his maker a second time. Hashar, the second revived, proves much more useful and surprisingly interested in Marcus’ comments on Mars. Through a brilliant use of the good cop/bad cop strategy Ghost Dancer and Marcus learn much about the remains of the bugbear garrison. As an added bonus, Hashar is intrigued by Mars and shares he has only one chief care, making money. This opens the door for the party to “recruit” him and recruit him they do.

As night falls, Quintos and Ghost Dancer volunteer to attempt a night scout of the castle to see if they can get closer. Near the castle Quintos was not “pondering” women and ale and so he was atypically alert. He manages to notice they are being followed. After a brief game of cat and mouse, the two attack their pursuer. It goes down quickly. Curiosity gets the better of Quintos and he goes to closely examine the mystery assailant. Poking it with a stick earns him more than he bargained for as the undead creature quickly strikes out at him. Again, Ghost Dancer and Quintos end the creature. This time, however, they decided to burn the thing and quickly retreat to the parties camp.

Will this new bugbear ally prove worth the trouble? Has Marcus manage to break the curse of going down in every fight? Has Quintos learned his lesson about poking things with sticks? Will the information gained from Hashar prove true or will it prove false and cost the party their lives?