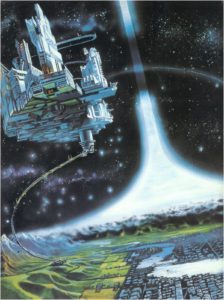 I just finished Larry Niven’s Neutron Star; amazingly good stuff! I read a lot of Larry Niven’s Known Space science fiction back in the 80’s. I am beginning to re-read his novels. His characters and stories span several centuries, so it’s hard to know where best to jump in. I did some research and put together a recommended reading order. Below is the sequence in which I’ll be reading his epic saga. Oh, and this setting has an RPG as well. More on that in a sec.

For the uninitiated, Ringworld is an epic saga that has an original series written by Niven (Ringworld, Engineer, Throne, Children) followed by a new series of Known Space novel co-authored with Edward M. Lerner (Fleet of Worlds, Juggler of Worlds, Destroyer of Worlds, Betrayer of Worlds). Ring world was originally written in 1970. It was set in his Known Space universe and is a classic of science fiction literature. Ringworld won the Nebula Award in 1970, as well as both the Hugo Award and Locus Award in 1971 (one of the few novels ever to win both the Hugo and Nebula).

Niven later added four sequels and four prequels. (The Fleet of Worlds series, co-written with Edward M. Lerner provides the four prequels as well as Fate of Worlds, the final sequel.) These books tie into numerous other books set in Known Space. 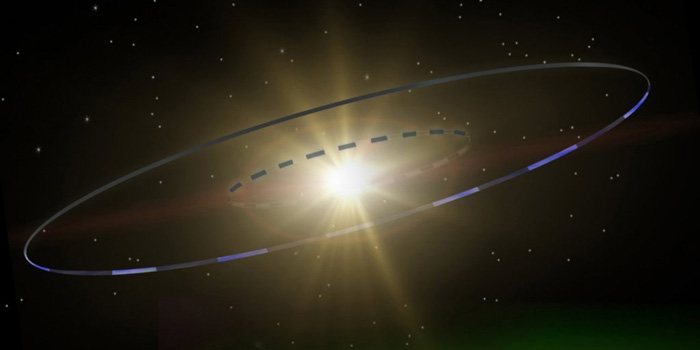 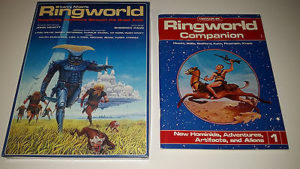 And of course I’d be remiss if I didn’t mention the Ringworld RPG. I just ordered a copy off eBay. It’s long out of print, and not sure I’d ever run the system as is. By itself, if nothing else, it serves as an amazing setting guide for Known Space. The system uses Chaosium Basic Roleplaying system and has a version of the rules used in Call of Cthulhu, Stormbringer, and Runequest. One caution I’ve read from people who’ve played Ringworld RPG is to do something about the random age rules. The rules as written will let some players have very old characters who are healthy through the use of anti-aging booster-spice and are overwhelming more powerful that a young character. Just house-rule it so everyone is around the same age and you’re good to go.

I might run Ringworld RPG at NTRPGCon someday. If I ever run a campaign in this setting, I’d might use some version of Classic Traveller instead if players didn’t want to use the out-of-print rules.