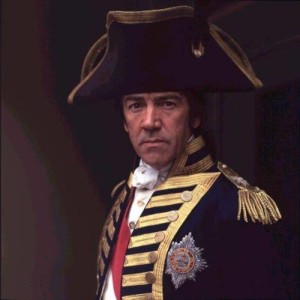 The Crew found themselves “guests” of Admiral Duckworth while they discussed the events that occurred. Duckworth informed them that because they did not have a Letter of Marque they were technically illegal in capturing any ships but he would not press that matter. He valued their bravery and offered a letter of recommendation to his superiors at the British East India Company to help their cause. The Crew requested that the Pirate Brig be handed over to them as compensation for their loss, but the Admiral did not have the authority to hand over spoils in that manner. He sympathized but stood firm that his Company would have to decide what to do. Their future was very uncertain until Duckworth realized that this was the same Crew that helped liberate Jomba Town from the Slavers. Being an honest and noble soul, he very much appreciated their actions against the Slavers there.

With this news and hearing their story the Admiral decided to seek their help in order for the Crew to gain the trust and debt of the BEIC. He told them that two weeks ago the Immortal (a frigate) was due to rendezvous with Duckworth but never showed. It was delivering a large quantity of gold from the Kieran Empire. Duckworth had been in New Madrid trying to find out news but found the Spanish Guild oddly quiet about the matter but could get no further information. He asked the crew to investigate the matter and use his spy in Marsales to find out what happened. Duckworth spoke plainly that he needed their help. The pay was good and this would definitely garner trust with the BEIC and it never hurted to have a strong ally…

Agreeing to take the job, the Crew headed to Marsales and discovers through Duckworth’s agent that some shady smugglers were recruiting for discrete crews over the past week. The smugglers were looking for small, light ships and specifically seeking those with water mages or aquatic divers. The Crew sought out the contact, won the respect of the smuggler in charge via combat and got hired for this job. They were hiring small light ships to recover the gold off the seafloor and deliver it to a waiting ship, but no questions asked. They were told to meet at a certain location near the Kehana Flumes and would be told more once they arrived.

The Crew set off to location provided for the job and on the way found some of the Immortals crew and captain marooned on a small island. They rescued this crew, Father Rodrigo healed them and then they found out the whole story:

The Immortal was attacked by the Frederico Cortez, nephew of the Spanish Guild’s  chairman Roderico Pires.  The Immortal and its escort were stopped by Cortez who then suddenly betrayed them, attacked their escorts and  and caused the Immortal to become wrecked inside of the “Devils Spires.

With this information the Crew sent Crow to tell Duckworth of this news and they continued on to their recovery job as to not arouse suspicion. They arrived to find Cortez leading the recovery operation for the gold and started to get to work themselves all the while remaining vigilant for them Admiral Duckworth would arrive…

That blasted dream again.  I’m flying and all is silent.  A clear blue sky is before me only a moment.  Then all is dark.  I can’t see, hear, or breath.  A faint ringing grows in the distance as it strikes me that I’m sinking.  Refusing to drown I break the surface just before losing consciousness.  Fire is everywhere!  A plank floats by and I remember.  All around me is the burning sinking remains of my ship.  The ringing is at a maddening level now and it’s all I hear.  Barely able to stay a float, I reach for the plank with a blood drenched hand.  It’s not my blood, though.  It belongs to the pirate pinned to the mast by my sword.  There are pirates everywhere on this ship.  Many dead behind me.  More charging from all directions.  I kill them.  Everyone who dares approach, I send to the grave.  They begin to hesitate, so I bring my furious vengeance to them.  Soon I’m covered in blood, but I can’t stop.  No.  My insides are aflame and the only thing keeping it from consuming me is these pirates’ blood.  So, I lay waste to all of them and they keep coming.  An endless tide.  All the while I can hear the fire within whispering to me, “They’ve taken to much!  Friends!  The ship!  My wife!”  I begin yelling as I kill.  Then I jerk awake in a cold sweat.

(The writing grows increasingly sloppy from here on)Now I’m sitting here drinking in the middle of the night hoping it will help me sleep or stop dwelling on those men we rescued.  It seems everywhere I turn, asleep or awake, I’m constantly reminded of what these pirates are.  A blight that tears at the edges of society.  A plague that roots rots it to the core.  Rnuii Ruining the lives of [Illegible drunken scribble].   I will blusted kiil them all evf if giben the channce.