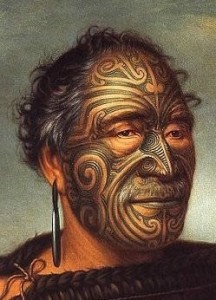 The crew continued on the Ghost Trail, briefly stopping at Calib’s Rock to weather a storm. While waiting the storm out they met a local drunk named Owen McDougal which regaled many tall tales but also told his story of finding a strange pit in the jungle. He swears there is pirate gold below but none of the locals believe him. Not wanting to waste time on a local drunkard’s tale the group continued down the ‘Trail.

Reaching Tuck they bought and sold some produce and Daxson stumbled upon “The Clockwork House” run by Joshua Goldstein. He happened to be trying to produce a working Chronometer here in Caribdus and was amazed by the quality and rarity of Daxson’s chronometer he had been carrying around. He sought Daxson’s helps calibrating by gathering sunset, noon, and sunrise measurements and bringing these back to Joshua.

On the last leg of their journey the crew is finally approaching Caresia and are waylaid by a group of strange people with very distinctive tattoo markings covering their body. They heard the Crew was asking questions about Ian and wanted to see the reason. The Crew is surprised to learn that Jomba had a son and even more surprised to see he is a huge Graul name Eti. Eti, who is covered in Maori tattoos, told them the tale of how Jomba saved Eti while whaling and adopted him. He also told of how kind Jomba had founded the free “Jomba Town” and how his father was killed and those closest to him scattered by the new Council. The group now fights for the freedom of slaves and hope one day to take Jomba town back. They call themselves the Kaumatau (elder in Maori) and follow Jombas culterate herititate a sign of respect and independence. Eti pledged to help take down Ian and tells the Crew they he frequents the “One-Eyed Jax” (seedy Tavern).

Heading into Caresia and directly to the tavern, Liam decides to boldly proclaim he is looking for Ian and a bar fight shortly follows. After mopping up resistance the Crew finds out that Ian, when in town, stays at a brothel called “The Rusty Nail”. Using subterfuge they find out that Ian isn’t present but is right hand man Gorgio is.

Easily catching Gorgio with his pants down, they question him and discover Ians’ hidden encampment and details of his slave trade. Ian has setup a deal with the Kieran Empire to supply “prisoners” to work in the slave mines. He has forged documents showing these pour souls arrest and “legally” supplies these prisoners to the Kieran Empire to work in the Croaker Mines. Gorgio also gives the Crew a plan of the base and location.

Mordecai, who normally quiet, is enraged by the slavers careless disregard for life and sentences him to death. Much to the surprise of the group he offers him absolution for his sins and declares his life is forfeit. Gorgio leaps for his weapon and Mordecia easily slays him.

The Crew now is making plans on the assault on Ian’s strong hold.

This road from Jomba Town seems to never end. While I don’t question our decision to investigate the mysteries of this trail, especially with a $2,500 reward on the line, I do question leaving 3 holds of food on our boat with our crew. I’m going to try and make up some of this lost cash along the way… although that food may rot before we can sell any of it.
I was able to sell off our load of sugar cane and purchase a load of fruit. So far, we’re up $75 and if I can manage to sell this load for a profit, we should see our original investment double. At least it’s giving me something to do while we investigate this road.

Day 2:
Damn this fruit. Nobody wants it. It appears that a shipment of the stuff arrived at port the same day as we did, and the price is terrible. I fear I may be taking a loss on this load, but perhaps if I can piece it out along the way, we can at least break even.
Some people are so touchy about it too… “You dare ask me if I want to buy fruit at a time like this?” Of course I do, you idiot. I carved the heart out of a zombie dinosaur, do you really want a piece of this? I want to sell you fruit!
That’s what I thought.
Some battles happened, but I don’t make money from fighting… I need to sell this fruit.
If we stay on dry land much longer, I suspect I’ll be cured of my seasickness, so it’s not all bad.

I do not like Jomba Town. Really it is the people that I do not like. Actually it is just the people in charge of Jomba Town. The town itself is actually quite nice. It is in a great location, mostly sheltered from storms, pretty much impossible to assualt from sea, and if what Equias says is true about the seas continuing to rise, it will be one of the last places to flood. But that council seemed like bad news from our very first encounter with them. They have dirty hands, and I doubt we have had our last dealing with them.

I had no idea that the town of Tuck would bring me such good fortune. I do not know why Mr. Joshua Goldstein chose that little town to open his Clockwork House, but I am glad to have stumbled upon it. I have carried Fletcher Christian’s clock with me everywhere I went for the last eight years because I knew it had to be special even though I could not make it work. Mr. Joshua said it is a marine chronometer that ship captains can use for very perfect navigation, but it does not work here because it is from Earth. He says he can make it work if we get him some measurements, but I was reluctant to part with my clock and leave it for him repair. It has been with me for a long time now and I feel it is important. I will hand it over to him when we return with his measurements. That is, if we return. I have not even told Captain Liam about this little treasure of mine and these measurements will require some sailing, a lot of sailing. I do wonder if Equias could help us make the recordings though. Brachus seemed very interested in doing business with Mr. Joshua. I will trust his judgement on that arrangement, but if we can make good money that way, I feel it would be better than transporting illegal goods or chasing ghosts and murderers.

For now our ghost chase continues. When Eti’s men stopped us on the trail, I feared they worked for Ian O’Connell. I am not sure we would have won a fight against them with their men in the woods getting the drop on us. My heart broke to witness Eti’s pain when we told him of Jomba’s fate and our encounter on the trail. I have known that kind of sorrow.

He and his men may be able to help us set this situation to right. I feel that it has become more than a job to us, except maybe to the crab. But better that, as the more we learn about this rotten business, the more I feel we are unlikely to be paid. This business is more rotten than the crab’s cart of fruit. heh heh heh

Ian’s trail led us to Caresia. I had hopes we had finally caught up to him at the Rusty Nail, but instead we found his second in command and more trouble than we have ever had before. That is saying a lot. Basically… we are murderers now. I mean, he was a bad guy. But yeah, we are bad guy murderers. I had no idea the wind mage had it in him. We have really swam into the net this time.

Oh, how I miss my boat. Or our boat rather. I have to remind myself that she belongs to each of us in equal measure. At least when it comes to deciding where to go, what jobs to take, and how we split the profits. But not a man on board knows her as I do. Or the sea for that matter. Hah. Most every sailor I’ve met takes one or two women on almost every island they visit as a mistress. My ship and the sea are mine in this alien world, just as they were on earth. It is a different ship than before, to be sure, but I still love her. As I will my next one. Hm. Maybe it’s more what she represents than the ship itself. Regardless, I’m anxious to return to sea. If not for the situation in Jamba Town, I’d have already voted to head back. These council members, though, are being revealed more and more to be tyrants to the core. After having fought to be free of one myself, I’ll not turn my back on others who seek the same. To that end I push forward and now make plans to assault a makeshift fort. I sure hope someone in our group knows something about such fights, because I know little of engagements on land. Luckily, a gun kills just as well on land as on see. So I can still do my part.

Now, I’ve heard it said that throughout a mans life come various moments that will forever define us. I believe that Mordecai just had such a moment. Before my eyes…before all of our eyes, he unleashed his vengeful furry on a captured slaver and spilled his guts all over the floor. I never doubted his ability or willingness to kill when necessary. This, while understandable given his past enslavement, wasn’t particularly necessary. I just hope it isn’t the beginning of a dark path for him. I’ve come to respect both his and Rodrigo’s dedication to the faith. Seeing Mordecai stray down a dark path would be a terrible thing.

Here’s hoping we can wrap up our business here soon.