Back on March 31st we played our first game of One Page Rules, using the Age of Fantasy ruleset. We fielded an army of Byzantine warriors versus an army of Orcs and Ogres.

Everyone fell instantly in love with the rules!

I plan on using those rules quite a bit for our wargaming since it seems to hit the perfect spot for (1) quick to learn even if you play infrequently, and (2) able to support multi-genres. I plan to add a few house rules and try them out for WWII, Warmachine, Starships, Middle-earth, Mecha, etc. So expect a lot of after-action reports and rules questions on the One Page Rules forums. Given I’m a Patreon backer I’ll also start helping out a bit with beta testing things.

There were a few things we got wrong at first (though it did not spoil the fun):

We also have some additional rules questions which I’ll post when I get a second.

It was great fun! 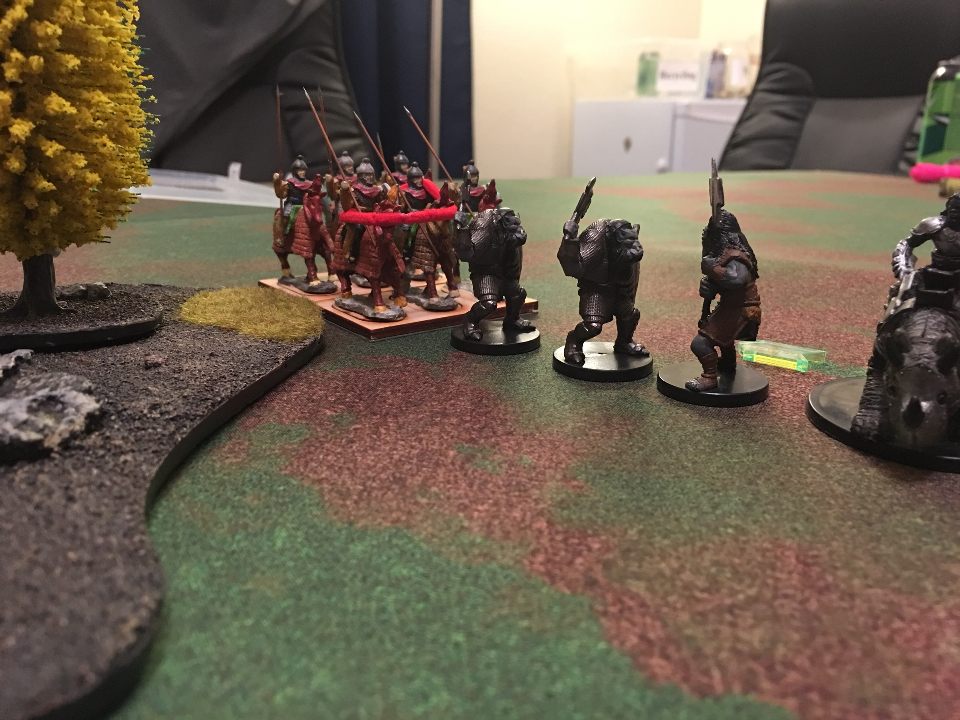 Byzantine cavalry wheels and attempts a charge on the orc unit 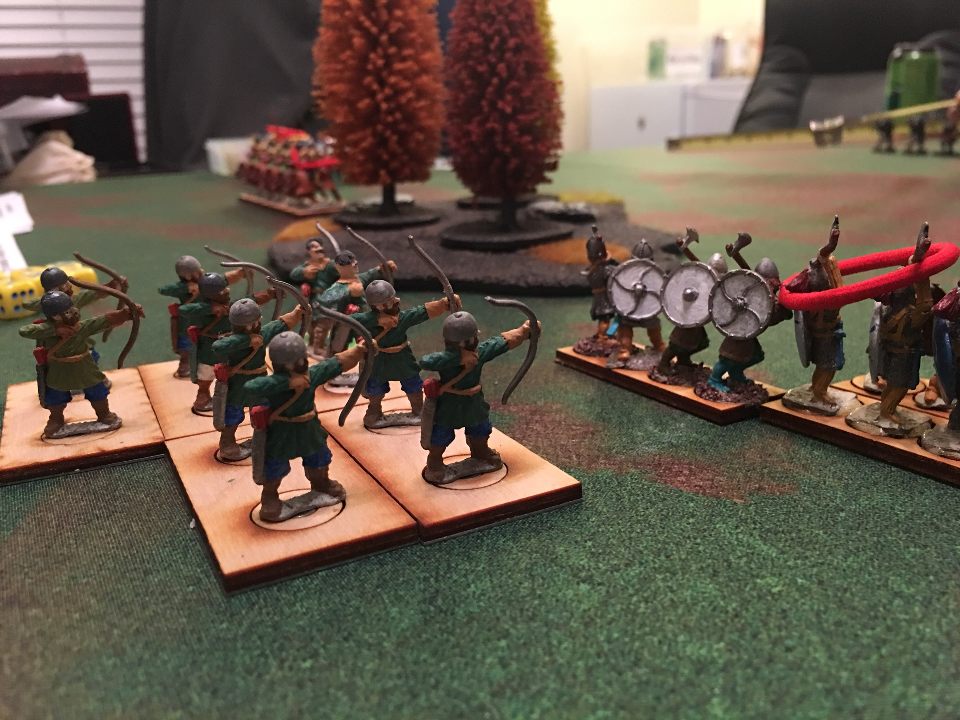 We had 3 players — 2 dividing the Byzantine army, the other fielding the Orcs 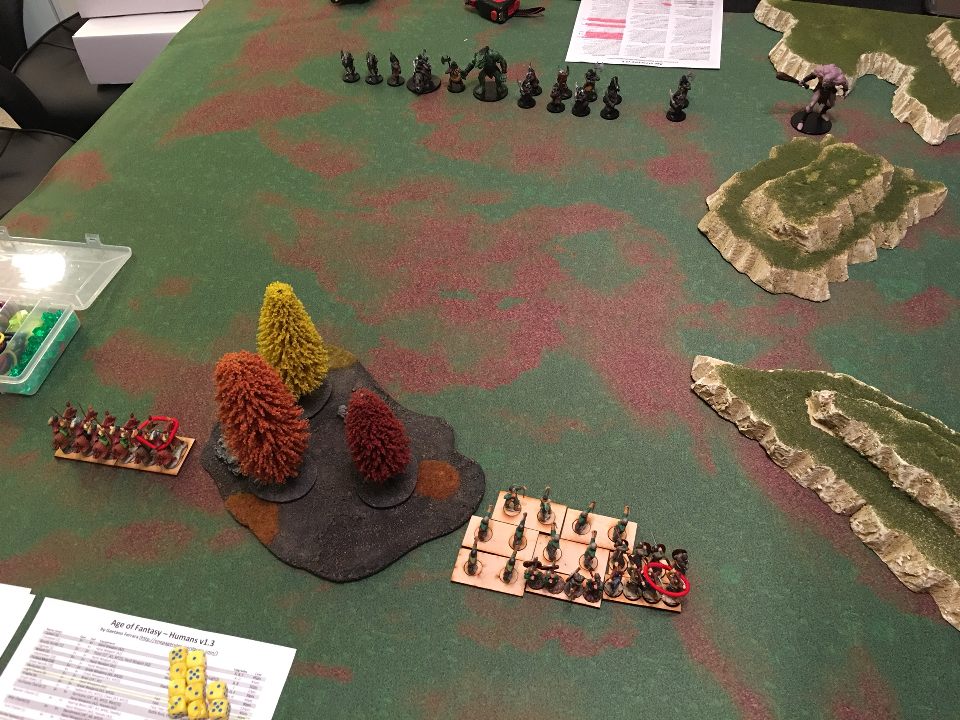 Byzantine versus Orcs and Ogres