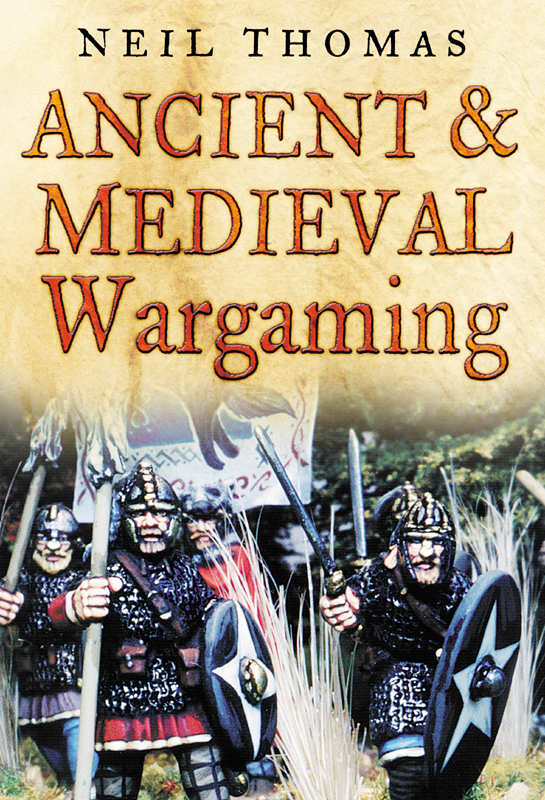 Back in February 2010, after having researched wargames on several online forums, I ended up purchasing my first set of wargaming rules. It was a book by Neil Thomas called Ancient & Medieval Wargaming.

I breezed through the book and loved it! I was intrigued enough to buy another couple of books that month: Field of Glory and Black Powder.

Both of these latter two books had high production values and looked like great fun, but both required a dauntingly large set of miniatures and expansive gaming spaces. I had neither of each at the time.

Fast-forward to 2017. Now that my kids have moved out, I have more gaming space, more time, and gaming buddies who are willing to try out just about any roleplaying or miniatures games.

I did some more research wargame rules, and bought Sword & Spear. I tried to field a game a few weeks ago, but none of the two other players who were showing up had time to read the rules. They rules are only 50 pages, but even that was more reading than our busy work week allowed.

Afterwards, I thought of the uber-simplicity of the rules in the Neil Thomas book. I researched online and found that he had since published another set of rules called (fittingly) One-hour Wargames: Practical Tabletop Battles for those with limited time and space. 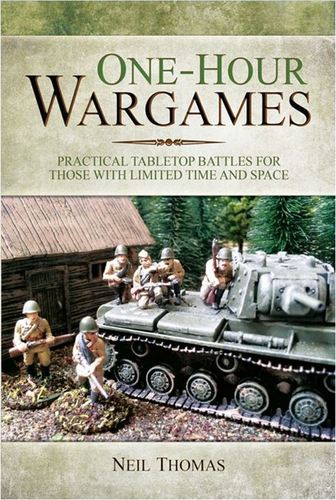 I bought this and devoured it. In this book are several sets of one-page rules, each optimized for a different historical time period. Moreover, the games are optimized for quick, 1-hour games! Also included are 30 different scenarios (things like ‘hold the bridge’ or ‘retreat with minimal casualties’). Instead of focusing on a pitched battle-to-the-death between two meticulously balanced, totally-equal forces, Neil Thomas has focused on quick games that are easy but with lots of tactical nuances in scenarios that were much more like real battles.

The quick, 1-hour gameplay also means you can do campaigns. An evening could easily have 3 games where you try for the ‘best of 3’. Thinking about a future World War II themed campaign we have in mind, we could easily fight out side-skirmishes before (or after) our roleplaying games to complement the main campaign story. Lots of potential fun here!

Anyway, although I’m still anxious to play Sword & Spear wargame rules at some point, I think I’d like to start with Thomas’s simpler one-page rules, and only graduate to Sword & Spear or other more complex rulesets after we’ve had a change to get our feet wet with these simple rules. And it would not surprise me if these simple rules are all we ever decide we need :-).