Eventually I hope to publish these customizations online, but the biggest rule change is to use Warlord Games’ Order Dice for initiative, and adding in some new actions such as ‘Down’ (taking cover at the expense of your activation) and ‘Ambush’ (which is a readied action or reaction similar to ‘Overwatch’ in FUBAR and other rules). The Order Dice work great to add some unpredictability to the scenario, keep things fast-paces, and the dice serve as activation tokens as well. The other change was to play games cooperatively, with John and I facing off against an enemy controlled by simple AI rules.

Bottom line: it was great fun and I am very much looking forward to playing the next game! I’m considering making this a linked set of scenarios to form a sort of mini-campaign (but without a lot of book-keeping).

The ‘Smuggling’ scenario takes place in the Rebellion era. A rebel smuggler was chased by enemy TIE-fighters and had to jettison his load of cargo, among which were hidden caches of data-cubes stored in the midst of other standard cargo. The data-cubes had captured intel vital to the Rebel Alliance, so our heroes swept in and competed against enemy stormtroopers arriving to recapture the stolen data-cubes. Half the cargo was worthless but until each cargo was inspected, we didn’t know which were valuable and which were worthless! 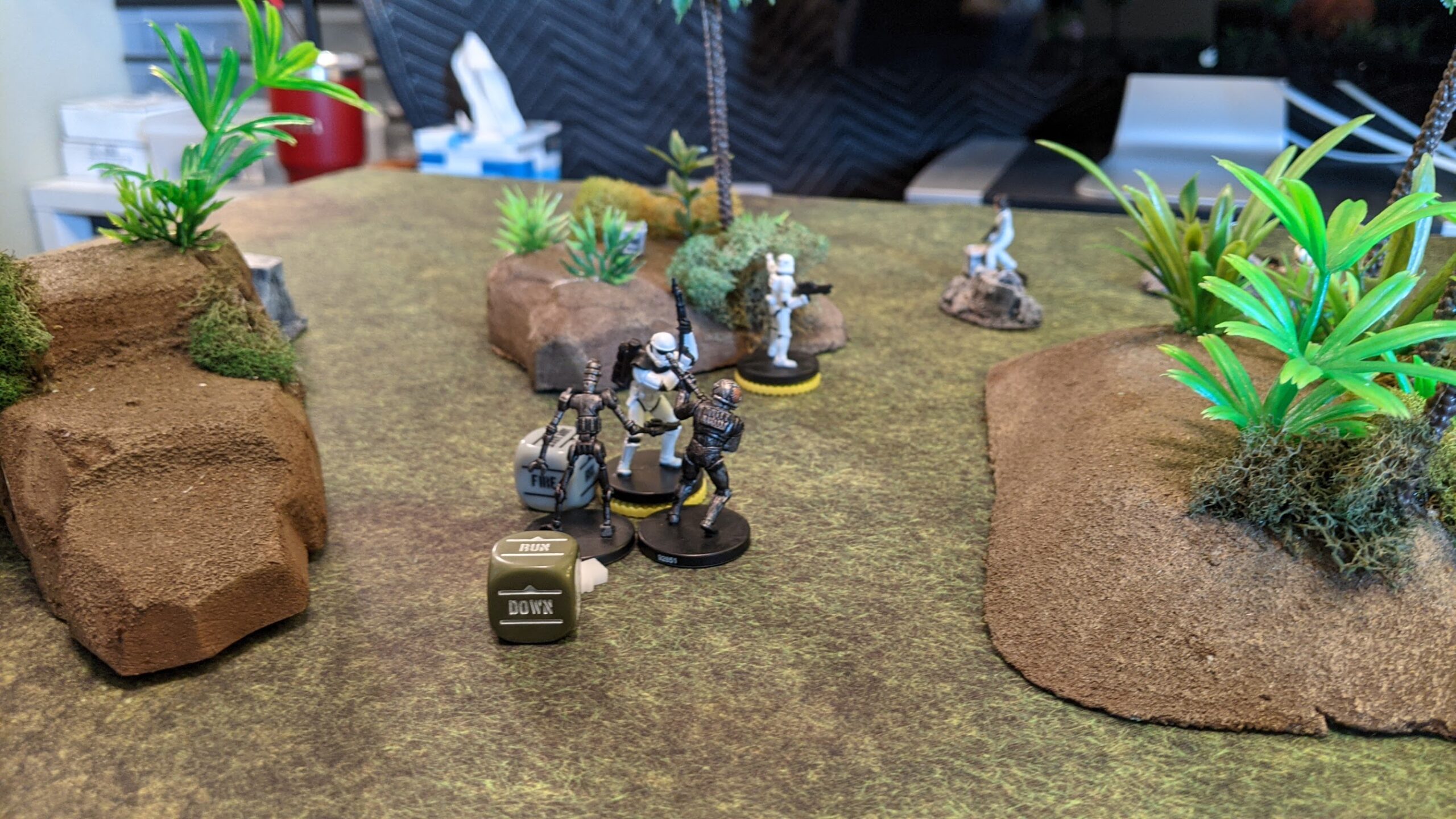 The Rebels managed to find and transport all three data-cubes off the table. Both sides took casualties.

The game lasted 6 rounds over 59 minutes. The rounds got progressively faster as the game progressed due to learning the rules better and fewer models due to casualties (15, 13, 9, 8, 8, and finally 5 minutes).

See the photos from the game.