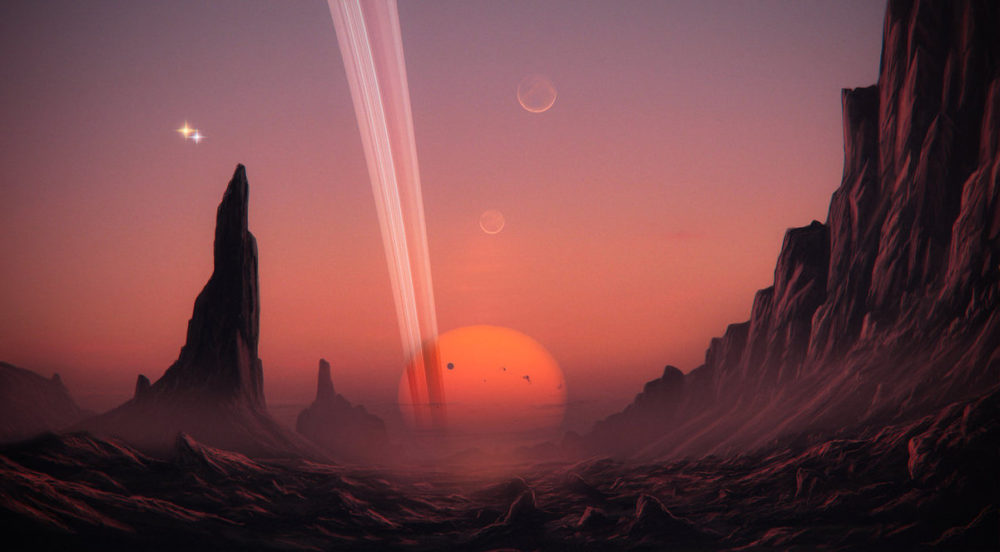 “We’ve received a message from the civilian exploration starship Ventura that their long-range shuttlecraft called the Susquehanna has gone missing in the Carina Nebula, deep within the Taurus Reach. The Susquehanna was investigating an unusual alien signal that originated from the nebula on the newly discovered Class M planet Seku VI when all contact was lost. We have been ordered to enter the nebula, find the shuttle, and determine the origin and cause of the alien signal. Starfleet has also advised that Romulan and Tholian ships have been sighted in the region, so we should exercise caution since they may well have detected the alien signal as well.”

Captain Konstans summons an away team aboard the U.S.S. Darius, a single-nacelle, Saladin class starship patrolling the Taurus Reach. He dispatches a team of 3 to beam down to a Class M planet recently discovered nested in the Carina Nebula. The Darius had traced the ion trail of the lost shuttle Susquehanna to this location. Heavy electrical interference in the atmosphere is making reads on the planet difficult, but a clearing in the perpetual storms allows to take the shuttle Defiant and hazards the storms down to the site of interest. The team first investigates the communicator signals and found the two hapless scientists (Scientist Eloy Pedigrew, and Scientist Henry Watson) dead from a transporter malfunction, partially beamed into the ground.

Investigating the crashed shuttle Susquehanna, the away team is  immediately attacked by 2 Romulans. Due to their superior training and tactics, the Starfleet officers manage to stun the Romulans. The Romulans are beamed about the Darius, and the away team then takes to skies to investigate the next site of interest.

The episode ends with the away team’s shuttle being struck by a massive energy surge and the shuttle plummeting down planetside just like the crashed Susquehanna had done previously!