I’ve been experimenting with icons for use in my upcoming Star Trek RPG hack. Right now I’m leaning towards Battlestar Galactica DRADIS-style icons, which I think works really well.

Hopefully within the month I can take this for a spin using Roll20.net and allowing players to control all the tokens, or maybe just having the players call out their targets or where they want to move using the ship IDs or the hex location IDs. 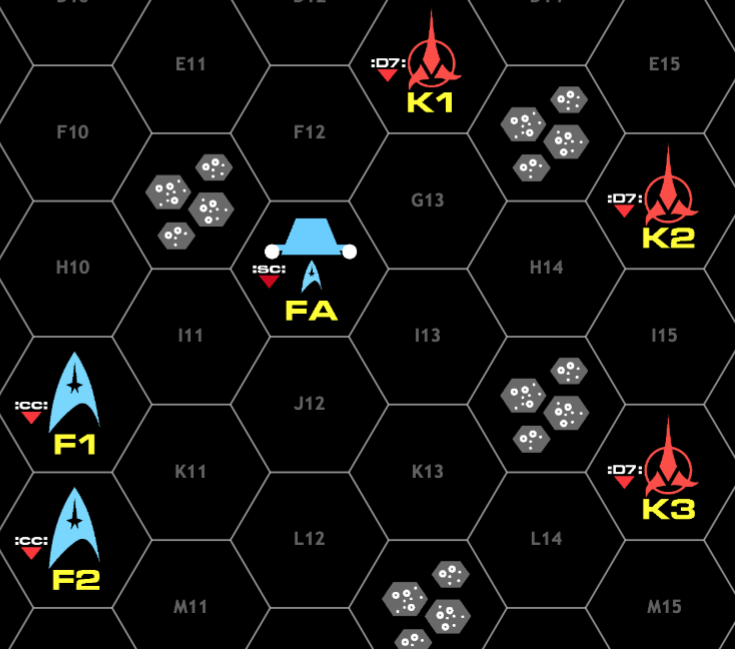