The Darkening of Mirkwood

Wanted to toss out something I’d like to keep an eye on for a potential post-50 Fathoms campaign for the Saturday Night group.

As you know 5e D&D version of The One Ring is coming out this summer. I would strongly suspect their current The One Ring products for Middle-earth will all be ported to 5e later in the year. I did some reading on their various products. While I would like to run a T.A. 1400-era campaign in Arnor at some point in the years to come, I believe The Darkening of Mirkwood may be a great campaign to run first.

The Darkening of Mirkwood hits all the notes of what our group is looking for, including kingdom-building rules. Keep reading for details!

There are over 300 RPG products rated on Enworld.org, and this is the ONLY product I’ve ever come across that has a rating of 100%! What folks are saying:

The scope of this campaign is massive, and it is so very well done. Maybe the best campaign ever made for any game.

One of the best RPG campaigns I have ever played… and I have played many!

This is an epic campaign setting for The One Ring and I love it (despite the bittersweet nature of trying to fight the encroaching shadow).

This is an epic 30 year campaign for The One Ring Roleplaying Game. Very few campaign books are on this level of excellence. For a long time The Great Pendragon Campaign was the best out there. In my view, The Darkening of Mirkwood has now taken that top spot.

The Darkening of Mirkwood is a complete campaign for The One Ring, set in Mirkwood over the course of three decades. It allows you to tell your own epic saga, following your heroes in their quest as the tale of years unfolds before them.

The Necromancer may have been cast out of Dol Guldur, but a lingering darkness remains over Mirkwood, a shadow that will grow ever longer as the years draw on – unless a band of brave adventurers step forward and hold back the gloom.

Stand firm against the Shadow and maybe the Darkening of Mirkwood can be averted. Falter for even a moment and all that you know and love will be lost.

The Darkening of Mirkwood takes place between 2947 – 2977, placing it a few years after the death of Smaug and the Battle of Five Armies, but ending with at least another 40 years before the War of the Ring. For reference, King Theoden of the Rohan is born in 2948. The campaign covers over 30 years of adventuring, with humans passing the torch to their sons as the campaign advances.

Each campaign Year includes a Fellowship Phase with some mechanics for the ‘between adventures’ events. Some years might just indicate a slow in the spread of Shadow, making it easier to maintain personal assets. Other times, events might give a hero the opportunity to assist the Dwarves in reclaiming their territory, provide the chance to consult with Saruman, or aspire to title in the clans of the Woodmen.

The campaign includes rules on Holdings, that allow the heroes to establish their own places in the region – like farms, small commercial ventures, or similar. Such Holdings require attention and maintenance, but they help involve the character and support their drive for greater Standing and improved Wealth. They make for personal assets that invest the heroes in the protection and prosperity of the region. 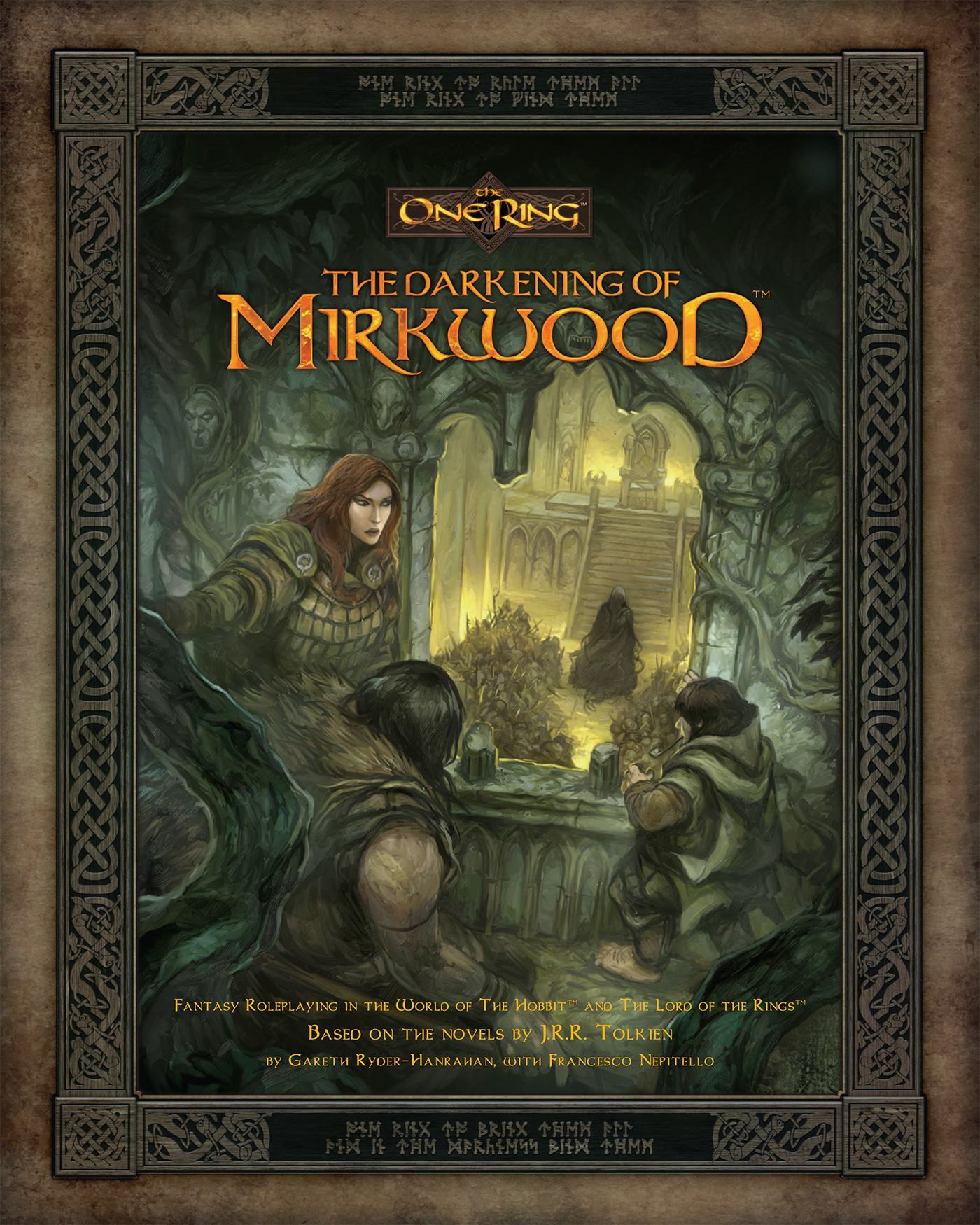