One of the campaigns I really want to run someday is ‘Palantír Quest’, a 1994 campaign module published by Iron Crown Enterprises for the old MERP rules for Middle-earth. 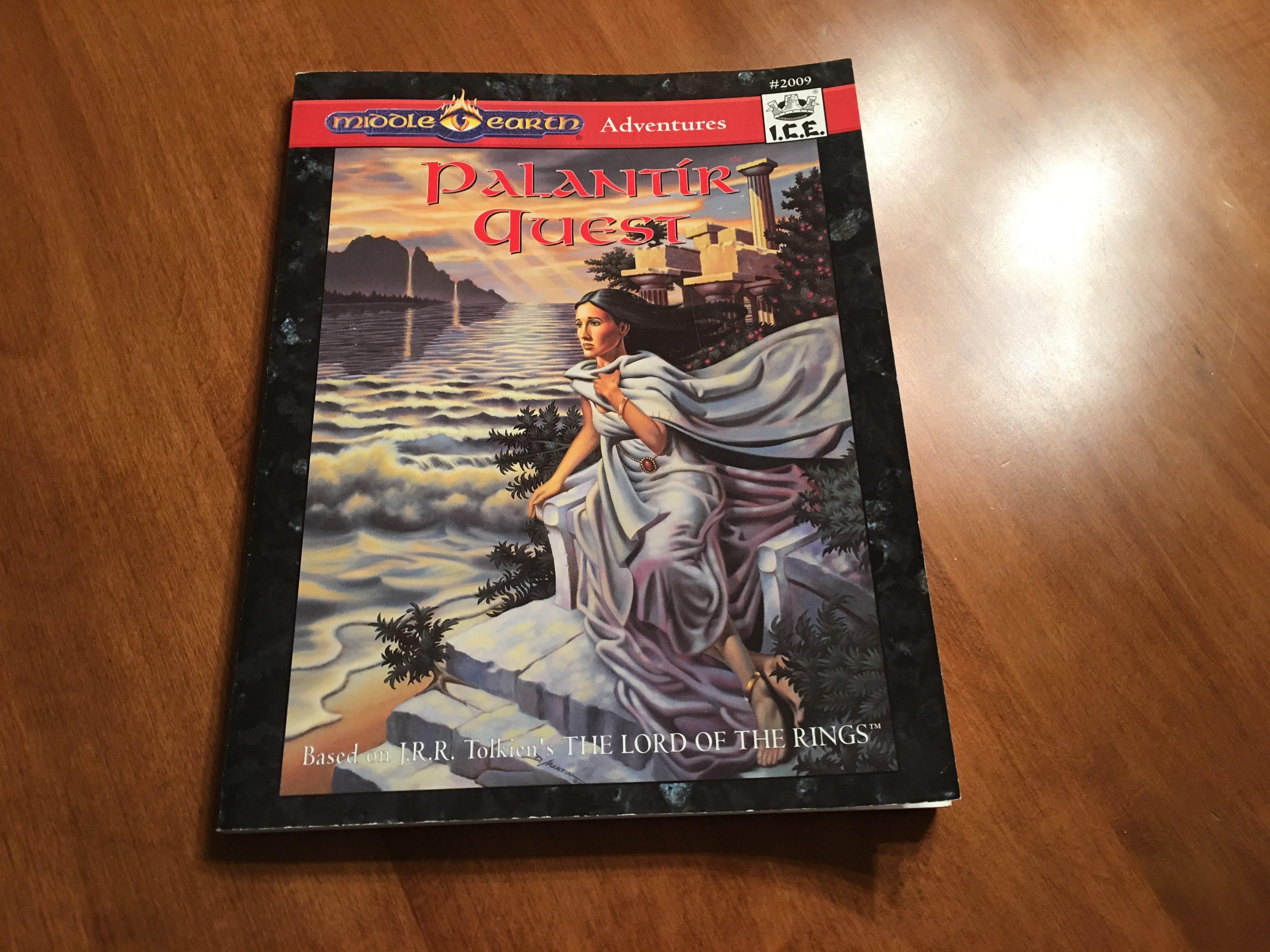 The interior has some amazing, black-and-white line art. Great maps you can scan and reproduce as handouts! 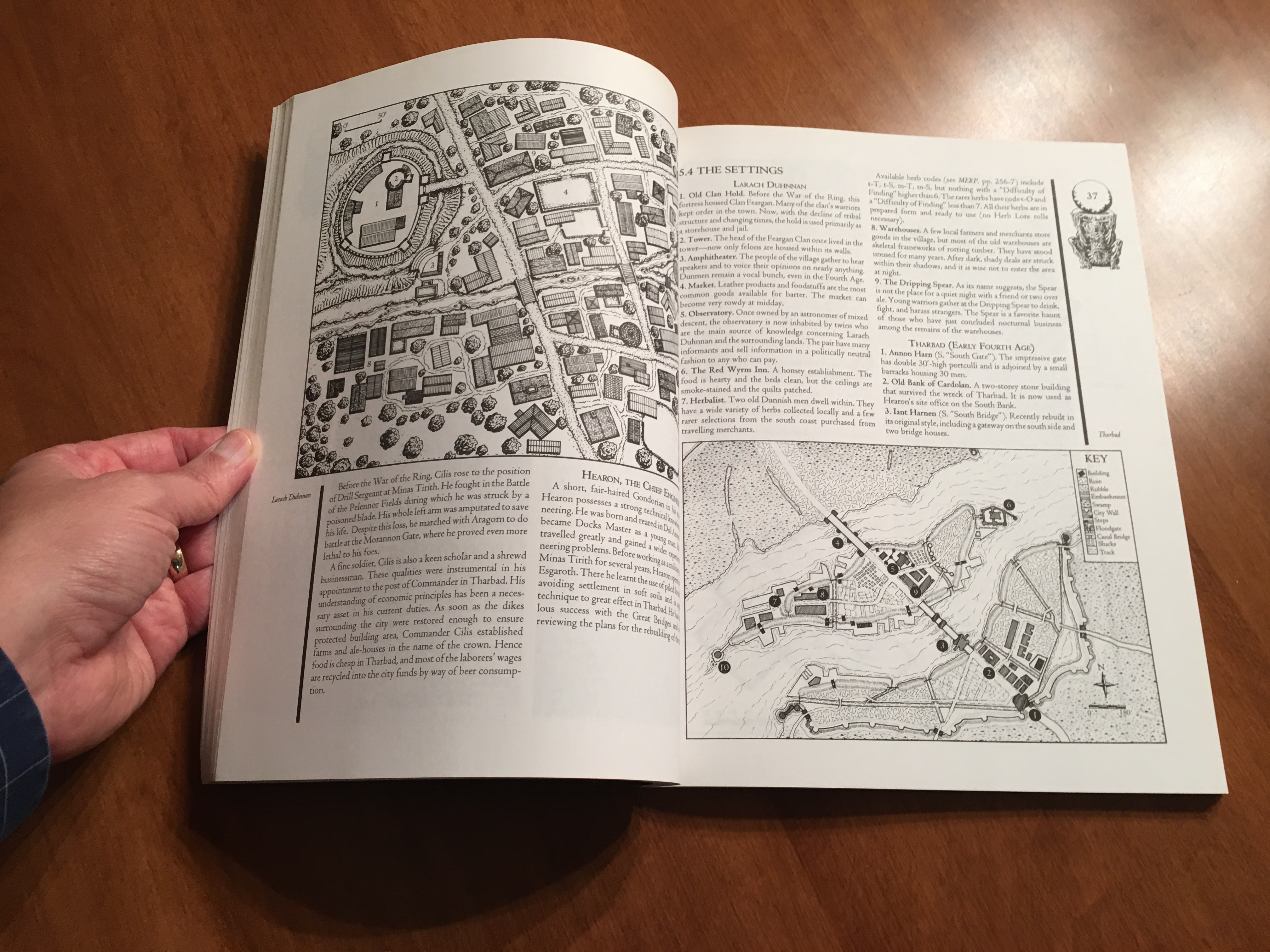 Here’s one summary of the adventure:

Strange portents in the great Seeing-stone of Minas Tirith give promise that one of the lost palantíri of the North has returned to the lands of Men. Can the adventurers find the legendary treasure and bring it to King Elessar? Rogues of the wilds, blizzards out of Forodwaith, and the greed in Men’s hearts all conspire against them. (source)

The adventure by default takes place just a few years into the Fourth Age. With some tweaks, you could set it some years later.

There are about 12 ‘adventures’, each of which I’d guess would take 1-2 game session apiece, for about 18-24 four-hour sessions of play. There are MERP stats for NPCs and creatures, but it would not be too hard to convert them to Adventures in Middle-earth or The One Ring.

The campaign takes place over most of a single year. I’d need to do some more reading to see if interjecting a few ‘Fellowship Phases’ with additional months of downtime (from the Adventures in Middle-earth) would disrupt the storyline.

Anyway, a fine campaign from the looks of it! I look forward to running it someday 🙂 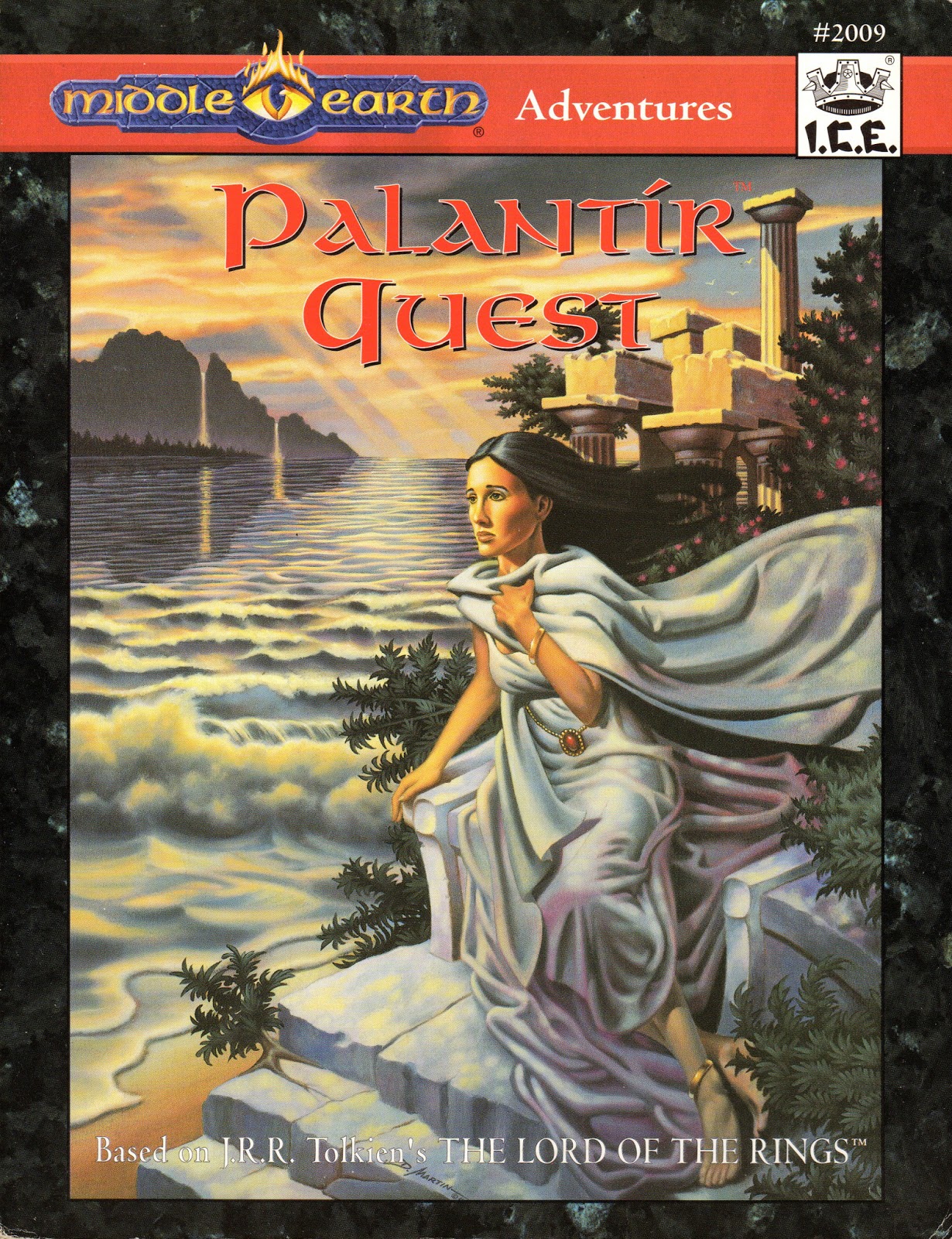