Heroes of Arnor: Gathering at Elnost 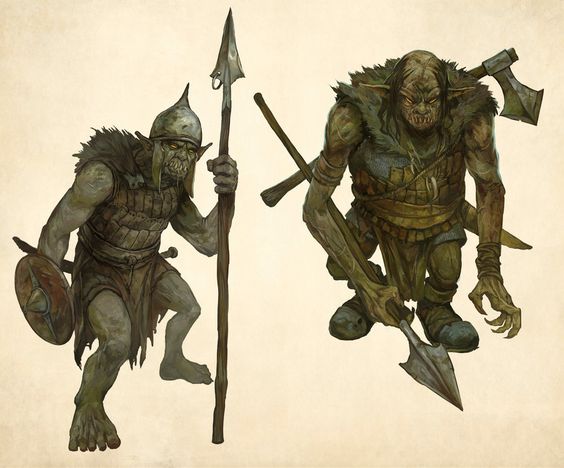 On the 1st Day of Urui, in the year 1640 of the Third Age, morning dawns at Dispar. It is a small Arthedain border town east of Rhudaur. As the cock crows at the The Grey Fox Inn, several adventurers gather.

The elvish scholar Coronthir and the wandering dwarf Valin make introductions to their new fellow scouts. Guthorn, Aldin, Beorn, and Adrahil, are all men weary of travel but yet eager to join in service as scouts for Arthedain.

Coronthir relates news he has heard of events in Rhudaur. King Broggha, a Hillmen ruler at the citadel of Cameth Brin, has married a blonde Northman woman. This is causing some controversy among the Hillmen tribes.

Aldin shares something darker: in the night, he had a troubled vision of three smokey symbols. Sigils of a Hand, an Eye, and a Mouth appeared, vomiting forth from Angmar, coming across the mountains towards Arnor. Aldin knows not what this portends, but he fears something evil is afoot.

Krelman, the inn’s bartendar, stares at the travellers from his one good eye and shoes away Zaranda, a local hag who sits near the company and laughs wickedly at their odds of living through the winter.

Boarding a local barge, the company journey up the river Caranduin and make their way to the fortress of Elnost, foremost of the Arthedain allied border settlements east of Rhudaur. Lord Elasander, the local governer, greets the travellers. Although Elasander’s first wife died some time ago, he recently remarried; his new wife, the beautiful, raven-haired Morwen, attends the audience.

Elasander receives the company into his service as scouts, and tasks the heroes with exploring and opening a safe route across the East-wood. The goal is that trade may commence between the towns Dispar and Carandor.

Hirgon, Elasander’s red-haired son from his first wife, departed abruptly the day before to blaze a trail across the East-wood. He was not content to wait for the new scouts. Elasander charges the company with keeping an eye out for his hot-tempered son as they make their way across the wood.

The company prepares to depart. They each have a stipend of 20 silver pennies a month from which some borrow to improve their armor and gear. A squire named Giles is to accompany them with a pony to carry their provisions.

As they set out, Valin the dwarf takes great care to find Hirgon’s trail. After many difficult hours, the company makes camp. At the end of the following day, as the party makes camp, they find signs that Hirgon’s group was ambushed.

Investigating, they find signs of orcs. They follow into the night hours, the nearly-full moon lighting their way. They finally find the bodies of Hirgon’s unfortunate companions, all slain and hanging from a tree near a stream. Dead orc bodies are in a pile nearby. Signs are that Hirgon yet lives, and so the company pushes through their weariness, hoping to find Hirgon before the worst happens.

Finally, the company come upon a group of orcs led by a shaman. They chant “Angmar, all must serve Angmar!” Before them, in front of a bon fire, Hirgon is alive but tied upon an altar, soon to be sacrificed. The orcs continue to chant with frenzied voices:

The witch-king has his allies three:
a hand to make enemies flee,
a mouth for spies whispering lies,
and an eye which hidden things see.

The Hand from shadows tests his might
against the ones who dare to fight
the looming scourge, sent forth to purge
the land from those who thwart the night.

From Gundabad the Mouth decrees
the work of spies who move with ease
in Rhudaur’s lands, where darkest bands
proclaim ‘Angmar all must appease’.

The hidden Eye is seen by all
those low and high under the thrall
of the Eye’s gaze, which on men stays,
turning the pure towards their fall.

From the woods, the company attacks with bowshot. Outnumbered nearly three to one, the fight looks hopeless, but the brave scouts fight without fear. Two of the company go down, terribly injured. Giles, unarmed, but showing courage far beyond his years, takes up a fallen orc’s weapon and jumps into the fray. Finally, when only two orcs remain, the orcs break and run, only to be hunted down and slain. As dark clouds drift across the night moon, the company’s cheer in saving Hirgon is cut short.

As the heroes nurse their wounds and make plans to honor the body of their fallen companion, they talk in somber tones of what they’ve learned. Something dark is afoot. All signs point to a new darkness issuing from Angmar.

[su_accordion]
[su_spoiler title=”Advancement Notes” style=”fancy”]All characters level up to 2nd level. Scouts are receiving 20 silver pennies a month as a stipend (some have borrowed against their pay to acquire gear from the armory). A new character will need to replace poor, deceased Valin! [/su_spoiler]
[/su_accordion]