[su_row]
[su_column size=”2/3″]
After taking a break from our 1v1 skirmish matches last week with an exciting 3-player free for all, we are back to our regular scheduled programming with some familiar faces. Mason has been rolling with those Furious Furries and is looking to keep their win streak alive. Jim Bob is looking for a way to make Fett more effective and has completely retooled the list around him. 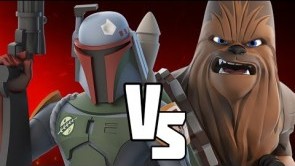 Perhaps the most important lesson learned so far in our first few skirmish matches has been SYNERGY – figures making other figures better and more effective at offense or defense or sometimes both. One thing that has been very clear from these early match ups is that Chewie’s team has it and Boba has been sorely lacking. The Furries make each other better with defensive bonuses and shared command cards, which among other things has made them harder to kill. Fett’s new team is hoping to pack a bigger punch with the addition of two figures that can apply the focus condition to teammates as well as building around characters who share the Hunter and Brawler traits for improved command card sharing. 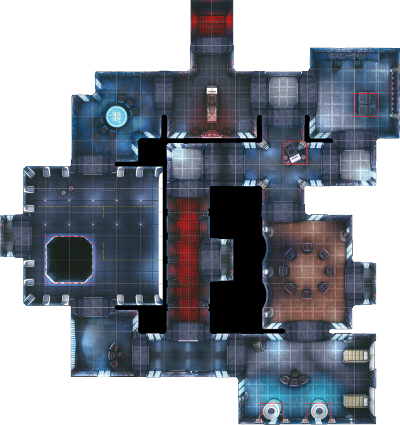 Kuat Space Station is currently in the official skirmish map rotation for tournament play, but this is the first time it has made an appearance at the IA Lunch League. This map offers an interesting mix of objective play and combat flash points. The objective is to control the data core found the in upper left room, which will give you 10 victory points at the end of each round. The trick is that a door to the data core room can only be opened by a figure controlling a terminal at the beginning of a round  and then at the end of each round both doors shut automatically.

The toughest part of this mission is deciding which terminal to go for and who should stay back to storm the data core. Both sides opted to split their attention between the two terminals, daring each other to be the first one to overextend. Through early clashes, each side was able to control a single terminal, which meant that both doors to the data core were opened. Both teams gained access, but it was the Furious Furries who gained the upper hand with a stronger force sweeping in to the data core.

(queue Fett throwing his arms up and yelling “Curse you, Furries!!!”)

Mason’s early lead began to erode with the battle now being fought on three different fronts. As the Scum took control of the terminals, the Furries pulled back into the data core to make their stand. Losing Jyn Odan early at the terminals and then Gaarkhan in the data core made things tough. With Jim Bob pressing the attack from both entrances, and it proved too much for the heroes to handle. 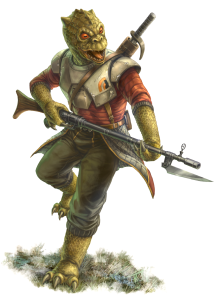 The MVP of the match was definitely the Trandoshan Hunters. Working in pairs, their Relentless attack kept the pressure on the Furries and caused Mason to burn through his command deck, which he had used so effectively in previous games, in order to keep from taking additional damage. The Trandoshans holding the front line also allowed Fett and the Nexu to stay behind them, supporting both groups and popping in to attack where most needed. The added element of Focus from Gideon and C3PO made sure these groups hit hard.

In addition to the Scum tactics, the Furious Furries were hampered from using their defensive ball tactic to its full potential after they were split up between the two terminals and the data core room. In the end that spelled certain doom for the Furries’ win streak.