The group continues sloshing through the tunnels of what they think is a either a volcano or a mountain with steam vents. There is 1-inch of water on the floor and seems to be everywhere they look.

The group takes the west hallway after passing the sphinx. Lundie falls into a pit (twice) and has to be helped out by Quintos and the others. The group walks towards an opening and they notice that all of the metal they are wearing and carrying is starting to heat up. Quintos sends his owl forward once the group cannot move forward due to the heat. Quintos’ owl sees a door but the group cannot move towards it without injury. They decide to leave the door for a later time. On the way back down the hallway, Quintos falls into the pit that Lundie fell into and is helped out by Lundie.

Going down the east hall, quickly Ghost Dancer’s feet start to burn. He looks down and sees that acid has burned through his boots. The group retreats from the east hall and decide that maybe the central hallway is best.

Trying the central hall, the group finds no traps or acid and proceeds down the hall unabated. The group comes to a large room, in that room a woman comes out of the water trying to draw the group towards her. Quickly Ghost Dancer changes into a shark and dives into the water to swim over. Once Ghost Dancer reaches the woman turns into a seaweed monster. More creatures spawn from the seaweed monster throwing Qunitos and Ghost Dancer into the water. Ivamel and Lundie defeat the monsters freeing Ghost Dancer and Quintos from the seaweed creature’s control.
Ghost Dancer turns into a squid and goes into two rooms he found while he was as hark that were below the water level. In there he finds a gem worth 2,000 GP, 600 GP, and a suit of +1 chainmail. Ivamel sinks the 600 GP and the +1 chainmail in the room so that we can come back for it later.

We find a spinning hallway off of the room with the seaweed monsters. Ivamel crosses the hallway. 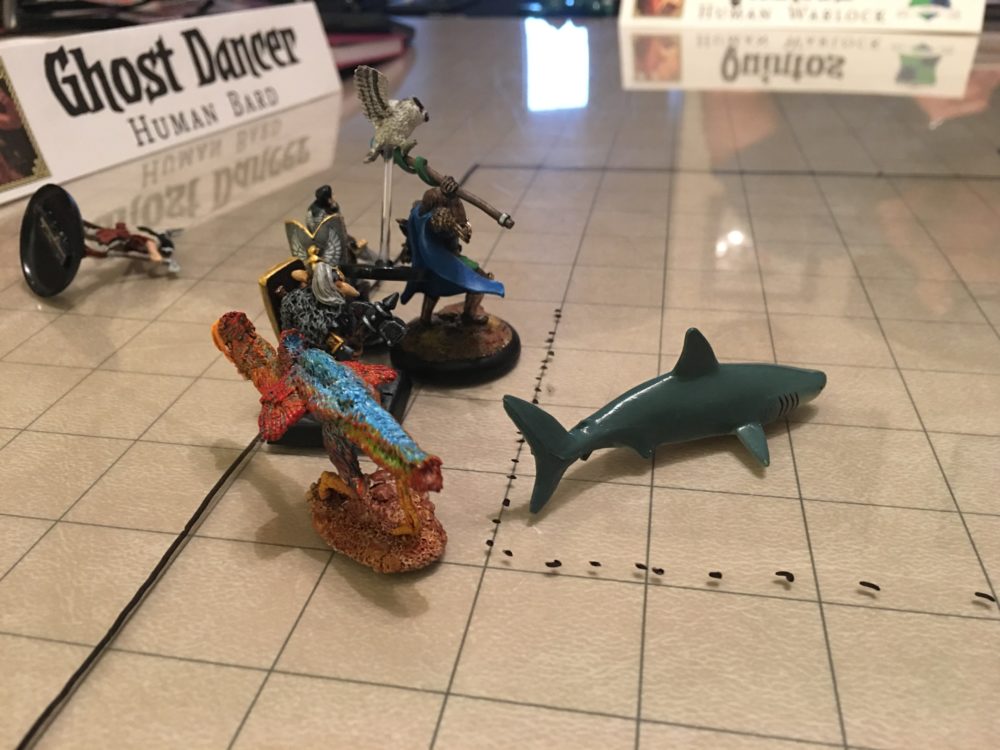 Ghost becomes a shark to investigate 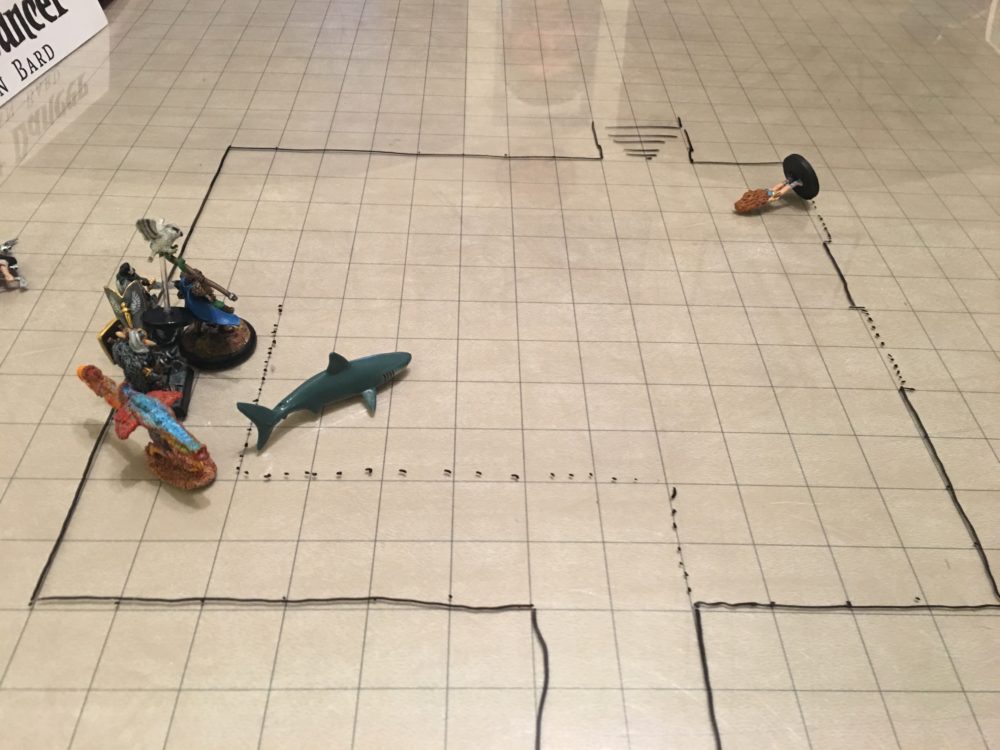 The hapless victim please for help 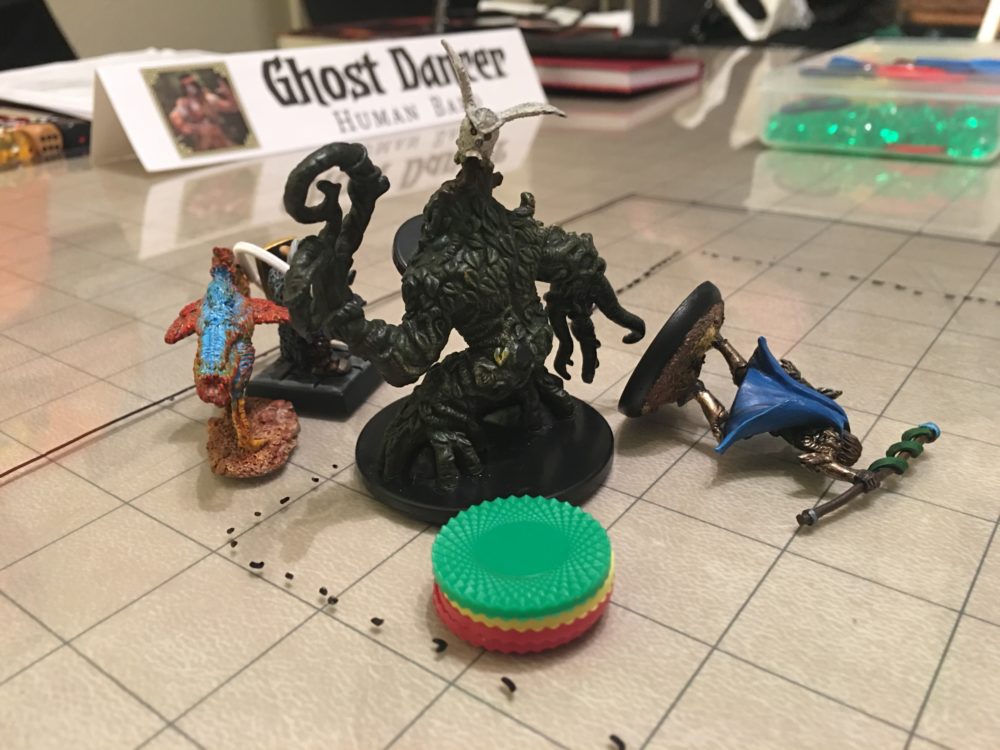 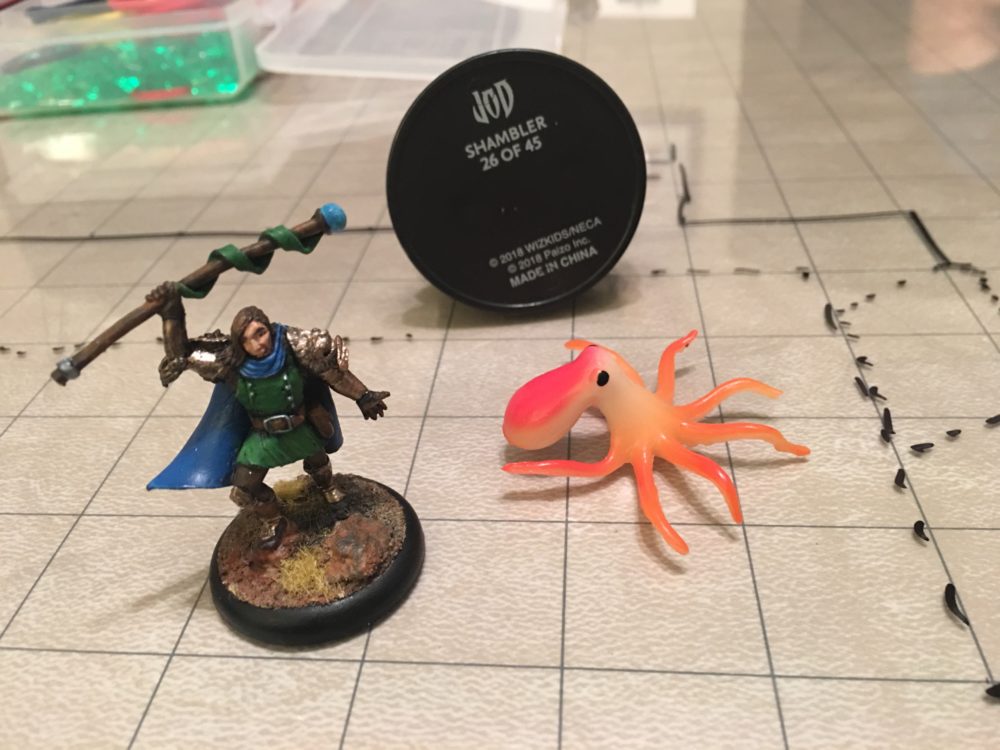