50 Fathoms: Session 15- Tressa the Red and the Shark Slap 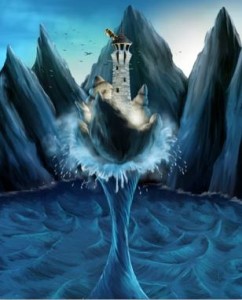 Tressa the Red and the Shark Slap

After a night spent carousing at Brigandy Bay the Crew discovered that their exploits at Jomba Town have started to reach common knowledge. Personal descriptions and names were vague at this point, but the underworld is starting to catch wind of the actions of our stalwart Crew.

Heedless, the Crew set sail for The Teeth and Tressa the Red. During the night they ran into an unearthly fog and sudden chill in the air. The Crew sensed someone watching them and as they pludged deeper into the fog a ghastly figure appeared. The figure glowed with a pale blue light and was dressed as a Spanish naval captain. He was covered in horrific wounds and hissed to the Crew that he needed their help. His name is Captain Iago Alfonso De Toledo, his ship, the Black Prince, had been lost and he was bound to its fate but could be released if they recover a lost locket from the shipwreck.

Deciding to help, the Crew dove beneath the sea using a spell Iago gave them allowing them to breath and walk under the water. They fought a group of man eating sharks, one of which Liam slapped in the face and somehow intimidated. On the ship they found 30 slaves in the hull chained to posts,  these poor souls were left aboard the ship as it sank. One of the slaves stood out as being unusually large and had an obsidian necklace which Mordecai recovered. In the captain’s quarters they found a sealed sea chest but also several zombies from the Black Prices crew. Liam was wounded in the skirmish but the Crew was able to push back the zombies and recover the items.

The Crew delivered the missing locket to Iago who thanks them and dissolves into nothingness. They also discover maps of the Americans, and a manifest outlining the grisly slave trade Iago practiced in, and a log which outlined how the crew and slaves slowly died of thirst before Iago killed himself by drowning.

Heading on to The Teeth they discovered it was a circular ring of tall jagged mountains surrounded by a magical bubbling turmoil of water. Running through this impassable sea is a “River” of rapids leading towards the center of the Teeth. Bracing themselves, Captain Liam lead them expertly through these treacherous rapids, dodging whirlpools, jagged rock, waves and the giant tentacle of some unknown beast. Along the way, they discovered the wreck of a ship with a magical Green Dolphin figurehead tucked away in some eddies, which they recovered. Reaching the inside of the Teeth they find a 200’ geyser of water with a magical Keep riding on top of the spray.

Crow flew to the top, securing a rope and allowing the Crew to safely get inside of the Keep. Inside they find a comfortable living room, a sealed door, and a very irritated parrot, Carnifax. The Parrot gives them the first clue which is “In this room is a key. You need only touch it to open the door”. Captain Liam examines a map hanging on  the wall and realized Azy Cay is mispronounced of Azy Key, and touched the depiction of the island.This allows the Crew into the next room.

In the second room, the Parrot informed them that they, to his unhappiness,  past the both Wind and Earth tests. They found a hallway covered in a wall of flame and on the floor 16 large tiles with depiction of animals. Some of the animals depicted were fire based: Dragon, Salamander, Devil, Phoenix, and while stepping on those tiles they are not harmed by the fires. This allowed them to pass the room of fire un-singed.

At the third room, they open the door to find a wall of water that magically did not flow out. Ahead of them was a hallway filled with water and a swift current. Crow managed to swim upstream, with a rope Mordecai keep on his person,  and through the opposite side and allowing the rest of the Crew to easily traverse the rapids via the rope.

Inside this final room they found the archmage, Tressa the Red, a beautiful redheaded women. Tressa greeted them kindly and apologizes for the bother of the Tests, the tower came that way and she can’t turn it off. After much dialog they discover that Tressa is aware that the world is still flooding and she is using her power to slow down the leak and to do research. Unfortunately this keeps her locked in the tower to utilize its power and unable to search herself.

She has found however, that the dark magic used by the Hags bind them to ritual. If water from another world is poured in the sea at Devils Cross and the Hags true name spoke, they will rise. Unfortunately no one knows their names, but her best guess is to find an artifact called the Tears of Lys from a fire mage named, Tomas de Orinjo. The Tears of Lys will grant a vision to those in great need and since all records were lost in the flooding it might be their only hope.

Tressa warns the Crew that forcing the Hags to rise will be a challenge in and of itself, but dealing with them after is a problem she has not figured out yet.

She kindly allows them to rest in her tower and shares a magical book with the mages of the party. The Crew now has a mission to find the Tears and who knows where that will lead them? 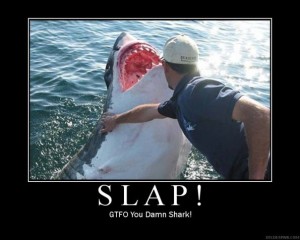 On our way to Tressa the Red’s home, we boarded by the ghost of a Spanish captain.  He was desperate for help.  He was doomed to remain link to this area until he could recover a moment of his wife’s from his sunken ship.  This is a lose I know very well.  One that is still fresh on my heart.  Naturally, I voted to help.  It was an adventure straight out of some wild story.  We walked on the bottom of the sea itself and beheld the wonders of that strange alien world, which exist below the waves.  Breathtaking in every aspect, it moved me deeply.  Though it holds dangers in equal number as the surface, I found myself more emboldened than ever.  So much so, that when some nosy sharks took us for chow, I slapped one straight across the mouth before sheathing my sword in it’s throat.  I swear there was a look of fear in its eyes.

Later we faced some damnable zombies in Captain Lago’s quarters.  Now that was a fight to remember.  Once again I stood near the precipice of death.  Alas, even these zombies proved incapable of finishing the task.  There is a growing pattern hear that leaves me wondering if I’m being spared for some great purpose.  If this pattern holds, should I assume I’m invincible?  Not in the sense of immortality, but in one of being protected from death to fulfill a purpose.  This is an interesting thought.  Regardless, it was not my time to die and we all swam away victorious yet again.  Throughout the whole ordeal, all who braved the depths with me conducted themselves with the bravery and sense of duty I have always expected of my crew.

The rest of our journey to find Tressa the Red was smooth sailing.  Navigating that “river”, which served as a sort of entrance to her hidden cove, was a challenge but all kept their heads and we crossed without incident.  Tressa’s home was a different story.  The blasted thing was filled with riddles, puzzles, and clever tricks to keep out those considered unworthy.  That’s what Tressa claims, at least.  She was rather impressed by our overcoming of these obstacles and shared some very useful information about stopping the Sea Hags.

Our next move is to seek out a fire mage and acquire the Tears of Lys from him.  Hopefully, he’ll part with it willingly.